Is Sulfur Deficiency Making You Age Too Fast

written by Ryan Greendyk
Facebook0Tweet0Pin0
You are here: Home / Body / Is Sulfur Deficiency Making You Age Too Fast 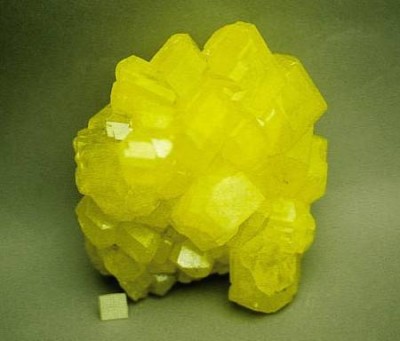 There’s a lot of hype out there about boosting and balancing your health with vitamins and supplements.

And more often than not, the hype is worth listening to. After all, up to 80% of the world’s population suffers from vitamin and mineral deficiencies.[1]

Vitamins have been in the limelight for some time, but mineral supplementation is often overlooked. Minerals are critical for maintaining the structure of your body and the integrity of your tissues and cells. They act as organizing mechanisms that allow your bodily systems to do what they do best.

One particularly underappreciated mineral is sulfur.

It’s the third most abundant mineral in the body (after calcium and phosphorous), and yet it’s been over 20 years since the U.S. Food and Nutrition Board has been reported anything about a recommended daily allowance for it.

Sulfur, like many other essential minerals, is a foundational and versatile component of optimal health. The primary function of Sulfur is transporting oxygen across your cell membranes. Without intracellular oxygen, your health declines and you age sooner, rather than later.  Thus sulfur has been linked to a staggering number of anti-aging and general health benefits.

Here’s an example that illustrates sulfur’s versatility: sulfur bonds ensure that proteins fulfill their appropriate biological activity—even proteins that have diametrically opposed functions in the body.

A hard protein called keratin gives healthy hair and nails their consistency, while flexible proteins in cartilage and connective tissues allow for the elasticity that prevents pain, inflammation, and joint damage. Without sulfur, these proteins lose their structure, and their function suffers accordingly.

Sulfur plays a similar overarching role in enzymatic activity, which allows for proper metabolic function throughout the body. It transports the electrons that make energy production in cell mitochondria possible, aids in the metabolism of vitamin B thiamine (B1) and biotin, and supports the body’s natural detoxification process (especially with heavy metals).[2]

An extensive study, known as the Cellular Matrix Study, was conducted to examine the potential benefits of sulfur more deeply. The findings were quite impressive.

According to the researchers involved with this study, here’s some of the benefits you’ll enjoy by avoiding sulfur-deficiency (and this is just the tip of the iceberg)…

Powerful cancer prevention and treatment. As cancer is an anaerobic condition, the oxygenating effects of sulfur are immensely helpful for patients. Study members who took 30 grams during chemotherapy experienced none of the usual side effects from the radiation, and experienced a greater reduction in tumor size.[3]

Relief from joint pain and arthritis. Sulfur is a remarkably effective and inexpensive treatment for chronic pain, joint inflammation, and arthritis. Many people who have reported not only a decrease in pain and inflammation, but even a straightening out of joints and healing of joint scar tissue.[4]

Clearing of skin conditions. Sulfur has successfully been used internally and externally to treat acne, psoriasis, burns, and other skin disorders. In some cases, it even displays antifungal properties.

Incredible cardiovascular support. The Cellular Matrix Study discovered that sulfur appears to have a surprisingly powerful heart-healing effect. 54 of the study participants—all of whom were scheduled for open-heart surgeries—were able to cancel their procedures when their EKG’s returned to normal after only six weeks of supplementing with organic sulfur.[5]

Prevention and support of diabetes. Without sulfur to bridge the two amino acid chains that comprise insulin molecules, proper insulin function would be impossible. Therefore, dealing with sulfur deficiency can combat insulin resistance (because optimally functioning insulin is far more able to break down carbohydrates).

Natural relief from mood and mental disorders. The nervous system relaxation and mood elevation from sulfur can be so profound that some study participants were able to stop taking their pharmaceutical medications for ADD, ADHD, and depression in as little as 3 days. Researchers linked this remarkable effect to sulfur’s ability to increase the body’s natural production of glutathione.

So why are we sulfur-deficient?

If sulfur is essential for such a vast number of bodily processes, isn’t it strange that it’s so easy for us to become deficient in it? Supplement skeptics probably have the classic question in mind: how did we manage before the days of fancy, bottled supplements?

The answer is that we didn’t used to need sulfur supplements, because we could get all that we need from food.

In the last 60 years, however, the horrors of the agriculture, meat, and dairy industries have led to a shocking depletion of nutrients from our soil and food.[6]

Furthermore, the fluoride and chlorine that are routinely added to tap water inhibit our body’s ability to absorb sulfur (and they’re detrimental to the oxygen transport process that sulfur facilitates). This is one of the many reasons that fluoridated water is bad news.

Plants can produce Organic Sulfur – mammals cannot. We must ingest sufficient quantities every day.  So, while there are still a few dietary sources of bio-available sulfur, your best bet is to take a supplement.

Animal proteins are considered the most “complete” dietary source of sulfur, because they contain sulfur and all the amino acids necessary for producing new proteins (with which sulfur bonds work in conjunction).

Those with a vegetarian or vegan diet will therefore be at greater risk of sulfur deficiency. Even those who consume meat and dairy should still be weary, though, because as was mentioned above, the nutrient levels in conventionally produced meat and dairy are dropping precipitously.[7]

One of the greatest sources of bio-available sulfur is methyl-sulfonyl-methane, or MSM—which you may have heard mentioned in the context of pain relief and joint health.

You can find an excellent MSM supplement here

Because MSM is a fairly well-known supplement, there’s plenty of sub-par products on the market. Some contain toxic or useless additives, and some even have GMO ingredients in them.

This product is guaranteed pure, non-GMO, and highly bio-available. Give it a try, and you’ll see why organic sulfur might just be the next great anti-aging supplement. You’ll enjoy more energy, less pain and inflammation, increased disease resistance, and greater overall vitality and happiness.