written by Ryan
Facebook0Tweet0Pin0
You are here: Home / Body / Find Out If This Dangerous Pesticide Is in Your Body (And Help Ban Toxic Agricultural Practices) 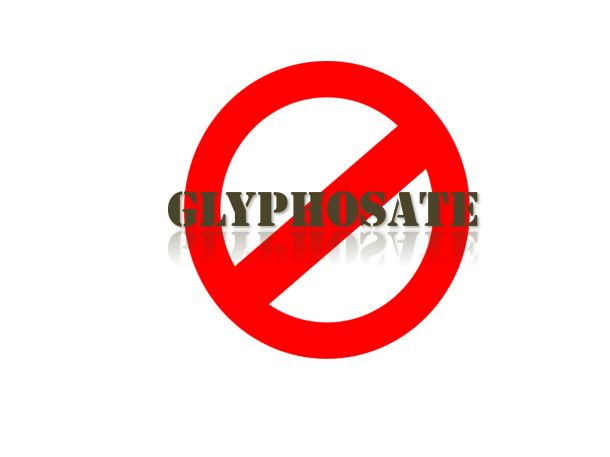 By now, you’ve probably heard that one of the most destructive practices associated with GMO farming is the use of glyphosate-containing pesticides.

And those are just the conditions for which a provable link has been found. The truth is that, once in the human body, glyphosate causes chronic nutritional deficiency and systemic toxicity. These conditions serve as fertile ground for the development of nearly any disease or condition.

The outcry against glyphosate—especially from those acutely victimized by its toxicity—is far too tragic and widespread to be ignored.

And yet, that’s exactly what Monsanto and its GMO cronies have done.

Company representatives still maintain that Roundup is safe, biodegradable, and environmentally friendly. They claim that it “leaves the soil clean,” and that it presents no danger to humans and other living organisms. And even if it did, they insist, there’s no chance whatsoever that it could ever end up in the human body.

Small-scale studies in 2014 proved all of these claims incorrect. Researchers found glyphosate not only in American water supplies, but also in women’s breast milk and urine.[2]

Manufacturers of glyphosate-containing pesticides countered that researchers’ testing method was flawed—and tragically, the EPA sided with them.

This incident is a perfect representation of why toxic agricultural practices have been allowed to continue for so long, despite the massive amount of suffering and destruction that they cause. Individuals and small groups bring attention to the issue, and the spark of awareness is immediately extinguished by a flood of money and propaganda.

It turns out that when you have as much money and influence as the agricultural industry does, you don’t need to have the facts on your side, as long as you can keep people in the dark for long enough.

But the veil is being lifted…

Something momentous happened in March: the World Health Organization declared that they now classify glyphosate as a “probable carcinogen.”

And when an entity as large as the WHO speaks against your product, no spin-doctoring or ignorance campaign can cover it up. Their declaration has greased the wheels of the growing anti-GMO movement, which seeks to ban the manufacture and sale of glyphosate.

One of the leaders of this movement is an organization called Feed the World, which has an impressive plan for ridding the world of glyphosate and its health-wrecking effects.

Feed the World rightfully believes that, in order to get regulators and politicians to take action against glyphosate, the public needs to be convinced that they’re being endangered by it.

They believe (also rightfully) that nearly all of us have been exposed to glyphosate, and that our bodies are contaminated with it. And to prove it, they’ve sponsored the development of a validated test that anyone can take.

They will present a Women’s and Children’s Bill of Rights to the Senate in October, which will call for a complete phasing out of glyphosate by 2018. They hope that, after their test demonstrates to the public that they and their family are contaminated with carcinogenic glyphosate, their campaign will receive overwhelming support.

Test yourself, protect yourself

This campaign provides an unprecendented opportunity to expose the dark side of the global biotech industry to the light of truth. In order for it to be successful, though, it’s imperative that we all participate.

Dr. Paul Winchester, Clinical Professor at the Division of Neonatology, Indiana University School of Medicine, and the Director of the Neonatal Intensive-Care Unit (NICU) at St. Francis Hospital, summed up the importance of the project in this way:

“Brave and concerned citizens will have to act if the real extent of pesticide contamination is to be known. We are being offered a chance to test ourselves for the most heavily used weed-killer in the history of mankind. RoundUp (Monsanto’s glyphosate-based herbicide) is used to kill weeds but also to desiccate crops prior to harvest. It is found in ground water, river water, rain, snow, soil, and food, and the levels are rising. Is RoundUp in you? Is it in your baby? Is this weed killer imprinting our descendants’ DNA? These are the questions we hope you will help us answer. The EPA won’t do it. The government won’t do it. Chemical companies won’t do it. Farmers won’t do it. Grocers won’t do it. I hope you will help us find out the truth.”

The test is affordable and easy to use (you just provide a sample of urine, breast milk, and/or tap water). The analysis will be conducted by a highly regarded US laboratory, who will publish their findings in a peer-reviewed journal later this year.

Visit www.feedtheworld.info for lots more information, and to order your test. Together, we can defeat one of the greatest threats to the health of our bodies and our planet’s ecosystem in recorded history.