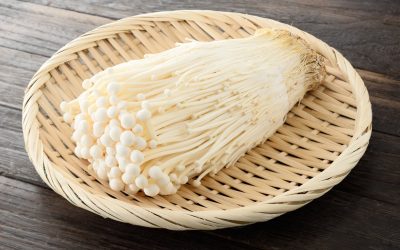 Mushrooms are a fascinating and highly healthful class of foods. We even suggested in a past article that they’re the world’s most underestimated superfoods.

If mushrooms still aren’t on your radar as an essential superfood, they should be. In past articles, we’ve covered some of the most popular medicinal mushrooms, such as reishi, shitake, maitake, turkey tail, chaga, and cordyceps.

These powerful fungi boost immune function, increase disease resistance, fight illnesses and health problems, and send energy levels through the roof, all without the nasty side effects and risks so common in allopathic medicine.

Still, these superstar fungi only represent a miniscule portion of the healing mushrooms that nature has to offer. There are 10,000 documented species of “fleshy fungi” (the official, somewhat strange name for mushrooms) in North America alone—and nearly all mycologists agree that there are undiscovered species. Even when this cornucopia is weeded down to the edible and medicinal types, there are still enough mushroom species to keep you busy for a lifetime!

One type of mushroom we haven’t yet discussed is enoki (also called enokitake in Japan, Korea, and China, where they’re a common delicacy). Enoki mushrooms look rather like white stringy pasta with tiny caps (an appearance which may make them a bit easier to eat for those who generally find mushrooms creepy-looking). They have a delicate, mild taste (almost fruity), and take on a delicious, crisp texture when cooked.

Despite their delicate nature, though, enoki mushrooms pack a powerful punch when it comes to supporting your health.

The many health benefits of enokis

In case deliciousness isn’t quite enough of an incentive for you to include enoki mushrooms in your diet, don’t worry: there’s lots more to love about them. Enokis have been prized for centuries as a health tonic in Eastern medicinal doctrines, and Western doctors are even beginning to use them as a functional food for treating acute health problems, including immune dysfunction, metabolic disorders, liver disease, cholesterol imbalance, digestive disorders, and cancer.[1]

Let’s take a look at how these delicate little fungi can help you optimize your health and vitality.

Nutrient and antioxidant density. Superfoods and functional foods are touted for their acute disease-fighting abilities. They often contain compounds with very specific healing properties (we’ll talk about some of the ones in enoki mushrooms in just a bit). However, it’s easy to fall into a “magic bullet” way of thinking when focusing on specific super-healing compounds—try to remember that overall nutrient and antioxidant density is the key to sustainable healing and health maintenance.

Enoki mushrooms certainly more than measure up when it comes to nutrient density. They’re brimming with a variety of B vitamins, minerals like copper, calcium, iron, potassium, and selenium, a small amount of highly absorbable protein, and essential amino acids like lysine, ergothioneine, and valine (all of which maintain the integrity of metabolic function and optimize immune response).

Beta-glucan content. Beta-glucans are a prime example of those acutely healing compounds we mentioned above. A rising tide of research demonstrates that beta-glucans are an immensely powerful tool for balancing immune and metabolic functions.

For example, some of the beta-glucan types found in enoki mushrooms (i.e. beta-linked glucose, galactose, mannose, and fucose) trigger a dramatically increased expression of nitric oxide by immune cells. In another article, we covered how nitric oxide can help prevent heart disease and ease aging. Researchers also believe it’s one of the body’s central mechanisms for destroying diseased cells.[2]

Other research has shown that beta-glucans act as potent immunomodulators—this means they’re equally adept at balancing immune deficiency or overactivity as is necessary. They activate the body’s pathogen-destroying macrophages, stimulate white blood cell production, and even improve insulin resistance and blood cholesterol levels.[3]

Cancer-fighting compounds. Researchers are very excited about the potential medicinal mushrooms hold as a natural, side-effect-free cancer treatment—and enoki mushrooms are at the forefront of this movement. The enthusiasm was originally kicked off in 1969 by a study published in Cancer Research. The research discovered that two previously undiscovered compounds in mushrooms—flammulin and proflamin—exhibited powerful and targeted anti-tumor activity. The study also noted that inhabitants of the Nagano region of Japan (which also happens to be the heart of the country’s enoki mushroom cultivation) had extremely low rates of cancer.[4]

Corroborating research has identified enoki mushrooms (as well as some of the mushroom species in our previous articles) as essential anti-cancer foods, both for prevention and treatment.

Enoki mushrooms are less common in the United States than in Asia, but you can still often find them in well-stocked health food stores. Check at local Asian markets, as well. If worst comes to worst, you can also directly source both fresh and dried enokis from online sources.

Once you’ve found yourself a source, the sky’s the limit for culinary options: throw them into salads raw, include them in stir-fries, omelets, soups, and pasta dishes, or roll them into sushi rolls. They’ll remind you how delicious taking care of your health can be!