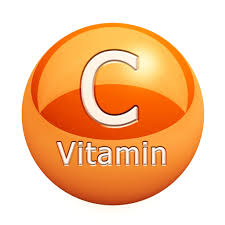 After decades of being grossly underrated, vitamin C is beginning to move back into the spotlight. Research demonstrates that this humble nutrient offers benefits far beyond the prevention of scurvy, thus vindicating the writings of early pioneers like Linus Pauling.

The work of both Linus Pauling and Dr. Klenner is quite controversial. They have routinely been referred to as quacks, and are only just beginning to regain favor. As you can see from the article links above, though, there’s more than enough conclusive research to support vitamin C’s healing and health-supporting potential, regardless of your stance on these original vitamin C enthusiasts.

One important area that has vitamin C researchers especially interested is endocrine support.

As we’ve discussed in past articles, hormone and endocrine dysfunction is a serious and prevalent health issue. Hormones are fundamentally involved in the regulation of the body’s cells, neurotransmitters, and organs. Thus, endocrine imbalance can lead to a staggering array of health problems, including fertility issues, chronic fatigue, cardiovascular issues, depression, anxiety, and other neuropsychiatric disorders, diabetes, cancer, and many others.

Luckily, research suggests that vitamin C can offer powerful endocrine support. In one prominent study, researchers set out to explore the mechanisms through which vitamin C may prevent the breakdown of hormones into toxic metabolites. The results were even more impressive than they expected: vitamin C was shown not only to prevent hormone degradation, but also to regenerate estrone, progesterone, and testosterone.[1]

These findings have remarkable implications. They expand our understanding of vitamin C as an antioxidant, insofar as they demonstrate that ascorbic acid not only neutralizes free radicals, but also prevents the analogous production of “hormone transients.”

This mechanism is especially important because it highlights vitamin C’s potential use as a safe alternative to hormone replacement therapy (which is inconsistently effective, and tends to make the problem worse by making the body dependent upon an external source of hormones).

Lastly, this study strengthens the case for vitamin C as a potent protector against the toxins of modern living. The endocrine system is centrally involved in the body’s detoxification functions; thus, by supplying the body with vitamin C, you’re exerting a direct antioxidant influence and optimizing the body’s inherent detox system.

How to supercharge hormone healing

There’s just one catch when it comes to reaping the benefits of vitamin C: high blood serum levels are required, so it can be difficult to get enough vitamin C from food sources alone, or even through conventional supplementation.

Until fairly recently, the only way to achieve therapeutic blood serum levels of vitamin C was by receiving it via intravenous injection. This is still a worthwhile route of administration, but it’s expensive and time-consuming—not to mention ill-advised for those who don’t have the stomach for needles.

The development of a nanoencapsulation method called liposomal delivery, however, has made it safe, easy, and affordable to supplement with vitamin C optimally, without needles or doctor appointments.

Liposomalization sounds complicated, but it’s simple in concept: this formulation process uses phospholipids (fats) to form a sort of protective bubble around vitamin C molecules. The lipid layer protects vitamin C against breakdown and allows it to be utilized directly by the cells in your body.

There are a handful of companies offering liposomal vitamin C products, but we exclusively recommend this one by PuraTHRIVE.

It should go without saying that you should still eat lots of healthy foods rich in vitamin C, even in the midst of your supplementation regimen. Optimal nutrition should always be the foundation of a healing lifestyle or specific therapeutic protocol—after all, “supplements” are referred to as such because they’re meant to supplement, not replace, food sources of nutrients.

Combined with a healthy diet, though, micelle-liposomal vitamin C is the fastest and easiest way to enhance the incredible hormone-healing benefits offered by vitamin C.