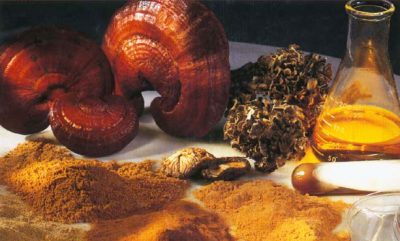 Mushrooms may very well be the world’s most underestimated class of superfoods.

For many people, they’re just another common food, and for others they’re a creepy and less than palatable dinner plate addition. But according to medical researchers, as well as a growing number of medical mushroom enthusiasts, they’re one of the most impressively healing foods you can possibly consume.

Mushrooms have been revered for millennia, as both a delicacy and a potent natural remedy for a huge variety of ailments. Medicinal mushrooms feature prominently in the ancient healing systems of China, India, Egypt, South America, Eastern Europe, and Central America (just to name a few).

Buddhist monks were often conveyors of wisdom regarding the healing properties of mushrooms, and even the oldest known human mummy (dating back more than 4,000 years) was found with mushrooms in his medicine collection.

With the exception of the enthusiastic mushroom hunters of continental Europe, very few modern folk have maintained a passion for fungi over the centuries. Now that modern research has begun to shed its light on this fascinating class of organisms, though, the lost wisdom of their incredible therapeutic potential is being regained.

Mushrooms are much more than a superfood—they are also, in many ways, the fabric that holds natural ecosystems together. Emerging research confirms that our world simply wouldn’t be the same without fungi; they are invaluable for the growth, proliferation, and even restoration of the natural world.

Just as mushrooms keep natural ecosystems in balance, so do they keep the internal ecosystem of the body in balance

And they work similarly within the human body, building and optimizing its innate self-healing abilities. Just as mushrooms keep natural ecosystems in balance, so do they keep the internal ecosystem of the body in balance.

And because medicinal mushrooms promote perfect overall balance rather than targeting only select bodily areas or mechanisms, their range of benefits is vast and varied. The following overview discusses some of the world’s most healing mushrooms, as well as the research that demonstrates their specific benefits and therapeutic properties.

Reishi mushrooms have been called “the King’s Medicine” and “the Elixir of Immortality,” and for good reason. They were considered the most healing of all natural medicines by the ancient Chinese, and now they’ve more than withstood the test of research scrutiny. As we discussed in another article, reishi contain powerful immune-boosting compounds like ergothioneine and beta-glucans. They modulate stress response, enable the immune system to fight off serious conditions like influenza, Herpes viruses, and hepatitis,[1] and even exhibit incredibly powerful anti-cancer properties.[2]

Cordyceps mushrooms, arguably on par with the healing potency of reishi, provide unparalleled energy, stamina, and disease resistance. Research has demonstrated that cordyceps “train” the body to cope with external stressors more efficiently, and thereby free up energy for immune defense.[3] They can successfully be used to treat a wide variety of diseases and conditions, including fatigue, respiratory conditions, kidney disease, heart disease, coughs, colds, flus, and many more.[4]

In ancient times, cordyceps were exceedingly rare (and thus incredibly valuable), because they could only be found in remote mountainous regions. Today, however, advanced cultivation methods have made this powerfully healing mushroom much more widely available.

Shitake mushrooms are more commonly found in the produce section of grocery stores, but they still have their own fancy healing nickname—the Elixir of Life. They’re a staple ingredient in miso soup and other Asian dishes, and offer a huge array of health benefits. Because of the beneficial compounds they contain—such as lentinan and active hextose correlated compound (AHCC)—they boost immune function, inhibit the replication of viruses, and even prevent cancer.[5]

Maitake mushrooms are the healing cousins of shitake mushrooms, and thus have many of the same beneficial properties. Their immune-supporting and cancer-fighting abilities are myriad—research has revealed that these humble cooking mushrooms improve the long-term adaptive response of the immune system, protect the body’s cells through antioxidant and anti-inflammatory mechanisms, and exhibit anti-metastatic properties that inhibit the growth and proliferation of cancerous tumors.[6]

Chaga is another medicinal mushroom with a long history of therapeutic use. It’s been used for centuries in Russia and Eastern Europe to treat a variety of ailments, and now modern researchers are rediscovering its potent anti-cancer properties. Changa contains the precursor to betulinic acid, which inhibits cancer-promoting enzymes, triggers apoptosis in cancer cells, and has been found to be effective in the treatment of a variety of cancers.[7]

Turkey tail mushrooms are among the most well-researched in the world. Like the other medicinal mushrooms discussed above (especially reishi and cordyceps), they act as “biological response modifiers” by training, boosting, and optimizing immune function. This effect comes in handy for mobilizing the body’s innate defenses against hard-to-combat illnesses and cancer.

Research demonstrates that cancer patients given turkey tail have a higher survival rate, and that the mushroom directly combats tumor growth, increases the efficacy of chemotherapy, and reduces the side effects of radiation therapy.[8]