The Connection Between Metabolic Syndrome and Cancer: Are You at Risk?

written by Ryan
Facebook0Tweet0Pin0
You are here: Home / Body / The Connection Between Metabolic Syndrome and Cancer: Are You at Risk? 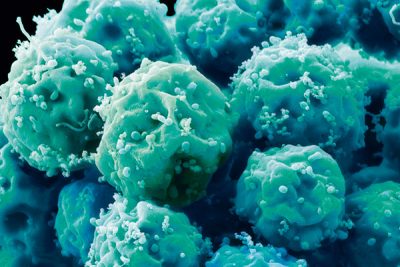 Experts estimate that, at current rates, nearly 40% of all men and women will be diagnosed with cancer at some point in their lifetimes[1]—and that by 2020, the number of new cancer cases will rise by another 24% for men and 21% for women.[2]

In an attempt to combat this rising tide of cancer diagnoses, researchers are racing to understand the many factors that influence cancer risk. In past articles, we’ve discussed a few of these risk factors, including vitamin D deficiency, oxidative stress and antioxidant deficiency, overconsumption of refined sugar, amino acid imbalance, exposure to industrial toxins and pesticides, use of toxic homecare and beauty care products, heavy metal toxicity, mitochondrial dysfunction, and chronic inflammation.

Another critical risk factor, of which most people are not aware, is hyperinsulinemia—elevated levels of insulin in the blood relative to glucose. This means that there’s a much closer connection between diabetes and cancer than we once thought (in case you needed any more incentive to protect yourself against the onset of type 2 diabetes).

Remember, though: high insulin levels are not exclusive to full-blown diabetes, but rather are a characteristic of metabolic syndrome, a much broader grouping of symptoms (which are often considered the precursor to type 2 diabetes).

If you have high blood pressure, high blood sugar, excess fat around the waist, abnormal cholesterol, or elevated triglycerides, it’s very possible that you may also have hyperinsulinemia (or be at high risk for developing it).

So if you want to lower your cancer risk, it’s wise to adopt a lifestyle that will help you steer clear of insulin resistance and metabolic syndrome.

One 2014 found that high insulin levels increase the risk of developing certain types of cancer by up to 45 times (and the risk at least doubled for nearly every type of cancer mentioned in the study)—researchers even called hyperinsulinemia a “key factor” in the development and spread of cancer.[3]

Here’s how it works…

Insulin is a hormone that facilitates the absorption of glucose and its metabolism into usable energy. If you’re familiar with how diabetes begins to manifest in the body, you may already know about insulin resistance—the process whereby an increasing number of cells become “resistant” to insulin (meaning that they can no longer absorb and metabolize glucose properly).

When insulin resistance starts to become an issue, the pancreas simply produces more insulin to maintain healthy glucose levels, which leads to hyperinsulinemia.

If the underlying conditions persist (i.e. if the individual doesn’t alter the lifestyle choices that worsen insulin resistance), a vicious cycle ensues: despite skyrocketing insulin levels, the body still can’t keep up with glucose metabolism (since so many cells are unable to use insulin effectively), and glucose levels increase alongside insulin levels. This triggers the onset of prediabetes and type 2 diabetes.

As mentioned above, though, elevated insulin levels dramatically increase cancer risk long before diabetes even begins to set in.

This is because insulin is a “growth factor”—that is, it accelerates the process of cell growth and division. This accelerated growth can lead to cell DNA dysfunction, which in turn can cause the cell mutations that influence cancer development.

Once cancer has begun to develop and spread, the situation worsens, because faster cell growth means a faster-spreading cancer.

And last but certainly not least, the dietary and lifestyle choices that lead to insulin resistance and metabolic syndrome also riddle the body with inflammation and oxidative stress, two of the primary risk factors for cell mutation and cancer.

How to prevent and heal insulin resistance

Luckily, the cascade that leads to elevated insulin levels (and the resulting uptick in cancer risk) is anything but random. Rather, it is heavily influenced by lifestyle choices, as we’ve discussed many times before in the context of type 2 diabetes.

Lack of exercise, overeating, exposure to inflammatory foods and toxins, and improper diet all catalyze and accelerate the onset of hyperinsulinemia (and also worsen cancer).

Instead, eat lots of nutrient-dense, antioxidant-rich fruits and veggies (with an emphasis on leafy greens), healthy saturated fats (like coconut oil), and a balanced variety of organic nuts, seeds, and grains. Exercise regularly, drink lots of purified water every day, get at least seven hours of sleep every night, and adopt detoxification practices (like sitting in infrared saunas).

Overhauling your lifestyle to promote more balanced metabolism and overall well-being is not easy. Nevertheless, it is a well-defined and straightforward process—one that reminds us that we do we control over our health. The added risk of cancer that comes with the symptoms of metabolic syndrome should incentivize and empower greater movement toward the lifestyle that will safeguard our bodies well into old age.