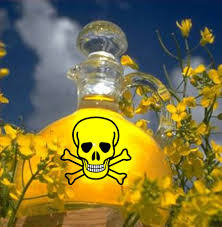 The pros and cons of fat consumption are perhaps more hotly debated than any other food category.

The word “fat” has come to carry a negative connotation, but as we’ve written about in the past, not all fats are created equal. Some serve as the perfect fuel source for your body and brain, and others cause widespread oxidative damage, inflammation, and weight gain.

For some time, however, it was unclear which fats were the healthy ones.

Decades ago, tentative research (which is now largely considered inconclusive) led the mainstream medical community to believe that saturated fat consumption is associated with obesity, heart disease, and other leading health problems. Perfectly healthful fats like coconut oil and olive oil were quickly vilified, and polyunsaturated “vegetable oils” were touted as the healthy choice.

While there were some experts who legitimately believed that vegetable oils are healthier than saturated fats, there was also a political force at play. Seeing the massive economic opportunity at hand, grain producers stepped in to provide the “healthy” vegetable oils there were coming into fashion.

Chief among these offerings is canola oil, a product of the rapeseed plant. Canola is now the second largest oil crop in the world, comprising more than 15% of the world’s entire oil crop production, and generating billions of dollars in revenue annually.[1]

There’s still a lot of debate about proper dietary habits around saturated fats—moderation is still key, and high levels of saturated fat (especially when eaten at the same time as carbohydrates, and when coupled with a sedentary lifestyle) can still lead to weight gain and other issues. Saturated fats like coconut oil, olive oil, and macadamia nut oil are inherently healthy, though, and can confer a wide range of benefits when consumed properly.

This is decidedly not case with canola oil. Despite the enduring belief in its healthfulness, this industrially produced oil carries a litany of risks, and offers essentially no benefits, even when consumed moderately.

The case against canola oil

Even its name is engineered. As mentioned above, canola oil is a product of the rapeseed plant—but producers and PR spinners decidedly to change the oil’s name to something more palatable.

Furthermore, the name isn’t this plant’s only toxic component. Rapeseed naturally contains erucic acid at levels which are toxic to humans; the plants used to produce canola oil have been genetically engineered to reduce erucic acid to “safe” levels. Why not just start with a non-toxic plant to begin with?

And it gets worse. Like most genetically modified crops, rapeseed is nearly always grown with toxic pesticides, which inevitably leads to residues in the final product. Check out this article if you’re still not convinced that glyphosate and other pesticides are a health risk. Additionally, the industrial process of refining canola oil involves a medley of conclusively dangerous chemicals, including solvents and bleach.

Fun fact: rapeseed oil (canola) was originally used as motor lubricant during World War II. When demand fell off, producers began an extensive campaign to make it an edible product—hence the complex process of toxic refinement and bleaching.

This horrendous production process should be enough to keep you away from canola oil—but in case you need more reasons, researchers have now linked canola oil consumption with a wide variety of serious health issues, including obesity, allergies, type 2 diabetes, heart disease, stroke, and cancer.

One team of researchers even found that canola oil decreases the production of a certain protein that protects the brain against amyloid plaque buildup and neuronal damage—so much to say that canola oil consumption may increase your risk of developing Alzheimer’s disease.[2]

All of this should come as no surprise. In addition to the pesticide and toxin residues mentioned above, canola oil is also packed with oxidized omega-6 fatty acids, which lead to systemic inflammation, deplete the body of glutathione and other endogenous antioxidants, trigger weight gain, damage cells, decrease disease resistance, and accelerate aging.

Use these oils instead (and enjoy the benefits)

Luckily, there’s a wealth of available alternatives to canola oil. They may be a bit more expensive, but the benefits are well worth the cost—your body and brain need healthy fats in order to thrive (the brain is composed of 60% fat).[3]

Studies have demonstrated that olive oil can preserve synaptic integrity in the brain and improve markers for the development of Alzheimer’s disease.[4] We’ve also talked extensively in past articles about the incredible benefits of coconut oil—it’s even been shown to improve cognitive function after just a single dose.

Keep in mind that saturated fats are not always suitable for cooking (though anything is better than cooking with canola oil, which almost immediately breaks down and riddles the body with damaging free radicals). Use grass-fed butter, ghee, macadamia nut oil, or raw virgin coconut oil instead.

Use olive oil only for salad dressings and similar cold dishes, as it will break down almost as easily as canola oil and other polyunsaturated fats (unless it’s “pure” rather than “extra virgin” olive oil).

By removing canola oil completely from your diet, you’ll be taking a huge step toward protecting your brain and overall health.