Are You Suffering from Heavy Metal Toxicity?

written by Ryan
Facebook0Tweet0Pin0
You are here: Home / Body / Are You Suffering from Heavy Metal Toxicity? 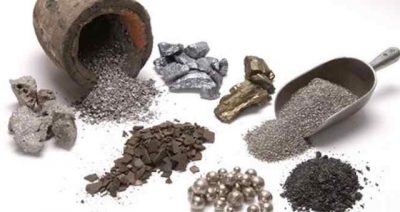 Toxins affect our health in powerful ways—many of them are so well-hidden that we’re not even aware of their detrimental influence.

Sadly, sub-optimal levels of energy, vitality, and disease resistance have become the norm, so it can be difficult even to recognize the signs of toxicity. We’ve come to accept that stress, fatigue, and disease are simply inevitable facts of modern society, and that the best we can do is manage these limitations as they arise.

For many, this means using caffeine, alcohol, and other popular pick-me-ups to cover up our body’s struggle.

But there’s a better way.

In order to understand why disease and malaise is so prevalent, it’s necessary to realize just how hard our bodies work to maintain homeostasis. We’re bombarded with a staggering number of environmental toxins on a daily basis (we’ve written many articles in the past about the toxins in the air we breathe, the water we drink, the food we eat, and the products we use).

The sad truth is that if our bodies weren’t spending so much energy protecting us from this onslaught of toxins, they would be much more able to resist the development of illness and disease.

But here’s the good news: by becoming aware of the most prominent and dangerous toxin sources, and by actively working to clear these toxins from the body, you can take control of your health and unlock the secret to preventing or even healing disease.

In this article, we’ll cover one of the most dangerous and insidious toxicities of our time: heavy metal toxicity. Let’s talk about how to recognize the signs and symptoms of heavy metal toxicity, and what you can do to rid these health-sapping metals from your body.

Heavy metal exposure is on the rise

The rise of industrial society ushered in some very poor decisions, including the widespread application of heavy metals in the fields of industrial manufacturing, agriculture, medicine, and technology. Researchers report that heavy metals are now pervasive throughout the environment, and that they pose grave risks for human health. [1]

Metals such as arsenic, cadmium, chromium, lead, and mercury are all classified as either known or probable carcinogens by the Environmental Protection Agency.

This warning is strengthened by worrying evidence that heavy metals are genotoxic [2]—that is, they can cause DNA or chromosomal damage (and cancer via cell mutation as a result). [3]

Here are the top three most prominent and dangerous heavy metals of which you should be aware, signs and symptoms of toxicity, and how to detox these metals from your body (and minimize future toxicity).

Arsenic. Exposure to arsenic is the most common cause of heavy metal poisoning, due to its extraordinary toxicity and its widespread presence in the environment. It is a byproduct of many manufacturing processes—including metal smelting and the production of glass and various chemical compounds—and thus can easily end up in the water we drink (and even touching arsenic-contaminated water is enough for the body to absorb it).

Eating high-fiber foods as well as high-sulfur foods (such as eggs, garlic, onions, and legumes) can aid the body’s elimination of arsenic.

Lead is the second most common cause of heavy metal poisoning, thanks to its widespread use in paints, pipes, drains, and many other fundamental aspects of home construction prior to 1940. While these practices have been discontinued, those living in older homes may still be chronically exposed to lead as their homes weather.

Furthermore, lead is still prominently used in the manufacturing of batteries, paint pigment (even though commercial lead-based paints have been banned, those used for road construction or other civic projects may still contain lead), PVC plastics, ammunitions, fuel additives, pesticides, x-ray shields, and many other products.

If you’re experiencing symptoms of lead toxicity, get your home tested for lead immediately, and begin a rigorous detox regimen.

Mercury, despite being considered one of the most toxic substances on the planet, has found its way into numerous industrial (and even medical) applications. In past articles, we’ve discussed many sources of toxic mercury, including commercial and farm-raised fish, fish oil, high-fructose corn syrup, vaccines, and dental amalgams.

To prevent the fallout of mercury poisoning before it happens, find a mercury-free dentist, try to avoid vaccines that contain mercury-based preservatives, and avoid the foods mentioned above.

And clearing any type of heavy metal toxicity requires commitment to a detoxifying lifestyle: a nutrient-dense diet rich in antioxidants and chelators, detoxifying supplements like vitamin C and magnesium, glutathione, frequent exercise, and practices like sitting in saunas.