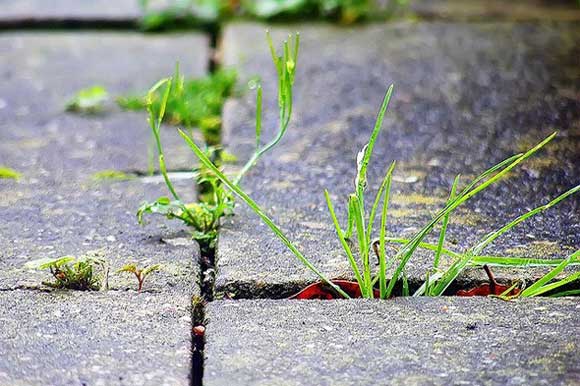 For decades, we’ve been made to suffer the horrendously toxic effects of glyphosate, the active ingredient in the world’s most widely used herbicides.

Yet despite outcry from scientists and health advocates (at least those not co-opted by Monsanto), its usage has increased steadily over the years. In fact, such enormous quantities of this toxin have entered the environment (including our food and water supply) that health experts warn that glyphosate potentially affects every man, woman, and child in developed nations.

But earlier this year, the World Health Organization publicly proclaimed what the natural health community has been warning for a long time—that glyphosate is a “probable human carcinogen (link).”

So if you’ve been waiting for a “mainstream” reason to stop using RoundUp and other glyphosate-containing weed killers, this is it.

Monsanto has already harshly demanded that the WHO retract their statement, so it’s clear that they’re not going to give up their highly profitable poison without a fight. This is why it’s up to us to show them and other herbicide manufacturers that we don’t need their toxic products.

There’s much better ways to deal with weeds anyway…

Like any good spin-doctor, Monsanto has done a fantastic job of convincing us that we need their product so desperately that we’re willing to justify its risks out of existence.

They prey upon the societal love of convenience, order, and efficiency in order to seed the notion that a weedy garden or farm is an unsuccessful, ill-managed one. They’d like us to forget that farmers managed their crops for thousands of years without potent chemicals (and they did so in a way that was a lot better for the environment).

But the fact of the matter is that there are plenty of ways to manage weeds that are far safer than (and just as effective as) using glyphosate.

It all starts with proper garden design. Permaculturists and organic gardeners teach that weeds will only flourish in imbalanced ecological niches. To put it simply: if there’s room for weeds to make themselves at home, they will.

But by planting ground cover, flowers, and crops that effectively fill the entire space, you can deprive weeds of the opportunity to take hold. Physical barriers around your filled garden spaces (stones, wooden dividers, or raised beds) will act as a further deterrent.

Particularly persistent weeds call for a usable crop that will fight back just as hard for space. Mint is a perfect example—few weeds will be able to keep up with its prolific growth, and you’ll be able to make fresh mint tea all summer long.

Just keep in mind that some weeds are usable and edible in their own right. For example, dandelion greens make a great salad, chicory can be brewed as a caffeine-free coffee alternative (just add a bit of cinnamon), and purslane is an excellent source of omega-3’s. So in other words, if you can’t beat them, eat them.

After applying these strategies, the non-usable weeds that still manage to establish themselves will probably be few and far between. At this point, you can either smother them with newspaper (or some other biodegradable material) and then mulch around your crops, or just pull them out manually. After all, what is gardening about, if not getting close to the earth and getting your hands dirty once in a while?

And if you’re still yearning for a more direct alternative to store-bought weed killer, it’s easy to whip up your own batch at home.

The easiest possible method is to pour boiling water on unwanted weeds. This will shrivel weeds within a few days tops—and it sure is cheaper (and safer for you and your plants) than conventional weed killer.

Even if you feel like it’s time to break out the big guns, you don’t need to search any further than your own kitchen. Vinegar is an excellent natural weed-killer (you can spray it on just like you would with RoundUp), and its efficacy is increased by the addition of table salt and lemon juice. Sprinkling salt around your gardening areas at the end of winter will even prevent weeds from sprouting in the first place.

Break free of Monsanto and Dow

A popular bumper sticker protesting glyphosate, GMO’s, and Monsanto’s other machinations runs as follows: “Save the Planet, Save Yourself.”

If you think this statement is overdramatic, think again: glyphosate-containing herbicides really are that big of an issue. Eradicating them from our lives and our society by switching to the strategies listed above is one of the most important things we can possibly do.

It’s really a win-win situation—we’ll be spending less money, growing food that is safer and healthier, and withdrawing support from money-hungry corporations that are carrying the environment to the brink of disaster. Isn’t that worth the sacrifice of a little convenience?