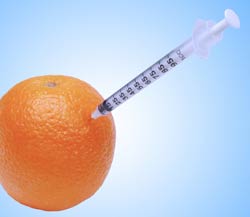 It’s no secret that mainstream oncology is in desperate need of new treatment strategies. Cancer is now the second leading cause of death in the United States. In this year’s “Annual Report to the Nation on the Status of Cancer,” analysts warned that while overall cancer mortality rates have decreased, our progress is “very limited.”[1]

Meanwhile, the incidence of cancer continues to increase every year, at a rate that some experts believe eclipses the decline in mortality rates.

Chemotherapy and radiation therapy still dominate the landscape of cancer treatment, and despite the trust that mainstream doctors place in them, they’re far from perfect. In numerous past articles, we’ve outlined their dangers and limitations.

A wealth of research now demonstrates that many functional foods and natural remedies perform on par with chemotherapy without any of its side effects (they also ameliorate negative effects when used in conjunction with conventional treatments). Prominent examples include turmeric and ginger, but you can also check out the full list of top cancer-fighting foods here.

The road of reforming oncology will be a long and bureaucratic one, but new possibilities are beginning to gain traction. One natural cancer fighter that’s increasingly proving its worth is vitamin C.

If you’ve read any of our past vitamin C articles, you already know that we’re big believers in its healing capacities. We’ve said it before, and it’s worth saying again: vitamin C is one of the underrated and underutilized nutrients in existence.

Luckily, researchers are finally putting it to work against one of America’s biggest killers.

Conventional cancer treatments function according to a simple principle: remove or kill cancer cells at all cost. And sadly, the cost is usually exorbitant—tumor removal surgeries are invasive and risky, and both chemotherapy and radiation therapy kill much more than just cancer cells.

Natural cancer fighters like vitamin C are different. Throughout every stage of its metabolism in the body, vitamin C helps battle cancer in unique ways. Instead of working via the “shotgun” approach of killing cancer cells, ascorbic acid targets them directly, without harming your body’s normal, healthy cells. It also works with your body to boost natural immunity and cancer-fighting capacity.

Let’s look at a more detailed exploration of why vitamin C is such a perfect ally for those battling cancer.

Inflammation reduction. Chronic inflammation underlies a large number of chronic and degenerative diseases, and cancer is no exception. In fact, one study even refers to inflammation as “a key event in cancer development.” The researchers report that oncologists can predict the survival chances and timelines for cancer patients solely based on inflammation biomarkers, and that patients with the lowest levels of inflammation are expected to live up to two years longer, even in the absence of conventional treatment.[2]

Due to this mutation, the uptake of vitamin C and its metabolites deactivates an enzyme necessary for processing glucose, thus effectively starving the cancer cell.[4] This incredible specificity allows ascorbic acid to destroy cancer cells without harming healthy cells.

Reactive oxygen species. In an attempt to explain how vitamin C exhibits such impressive selectivity (i.e. the ability to target a certain type of cell while leaving others untouched), researchers also discovered that even the metabolites of vitamin C are toxic to cancer cells. Vitamin C easily breaks down into hydrogen peroxide, a reactive oxygen species against which normal cells can easily protect themselves—cancer cells, on the other hand, will absorb the hydrogen peroxide and be weakened or killed by oxidative stress.[5]

How to experience the benefits of high-dose vitamin C

During most of the studies cited above, vitamin C was administered intravenously. While an increasing number of doctors and clinicians are offering IV vitamin C therapy to the general public, the process can be expensive, time-consuming, and invasive. It has been the choice of mainstream doctors and researchers, despite these drawbacks, due to its superior bioavailability compared to oral supplementation.

Fortunately, a category of drug delivery methods known as liposomes is finally making it possible to achieve high blood levels of vitamin C without resorting to injections.

Research demonstrates that liposomal vitamin C approaches the bioavailability of intravenous administration,[6] and evidence suggests that a combination of micelle and liposome encapsulation may even surpass the efficacy of IV vitamin C.

Because regular vitamin c pills, liquids and foods have an upper limit of bioavailability due to absorption speed and the amount that could be handled by your digestive system without causing irritation and diarrhea… Purathrive Liposomal C is buffered so you can absorb more through the gut.

If you want feel the benefits of vitamin C, we suggest trying out PuraTHRIVE’s new micelle liposomal formula. It’s even made with l-ascorbic acid, a fermented form of ascorbic acid that more closely resembles natural, plant-derived sources.