New Study: Vitamin C Is As Heart-Healthy As Exercise

written by Ryan
Facebook0Tweet0Pin0
You are here: Home / Body / New Study: Vitamin C Is As Heart-Healthy As Exercise 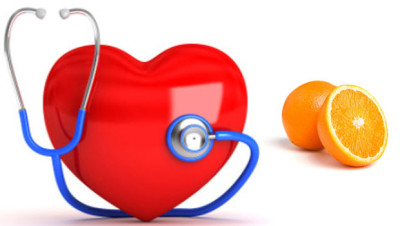 While checking out at a local coop recently, we noticed a worrying headline on the cover of a popular health magazine: “Just To Be Safe, Avoid Taking Vitamins.” This sentence pretty perfectly sums up the air of paranoia and skepticism that surrounds the vitamin and supplement culture. Contamination scares, dubious studies depicting the supposed uselessness of supplements, and industry naysaying has eroded people’s confidence in the effectiveness of vitamins.

Supplementing properly can be somewhat expensive anyway, so if the “authorities” say that they aren’t worth the money, why not save some cash?

Although it does take a bit of work to find good vitamins and supplements, it is patently untrue that they’re useless. A mountain of evidence suggests that vitamin and mineral deficiency is one the leading contributors to nearly all major diseases. You can read more about a few of those deficiencies here and here.

In an ideal world, we’d get all the vitamins we need from food (after all, our ancestors didn’t exactly have access to health food stores). But we live in a world where pollution and near-constant stress saps our nutrient reserves and taxes our body with oxidation, and we consume food that is critically depleted of nutrients (because the ground in which it is grown has been depleted by unsustainable farming practices).

So here’s the reality of life for most people: supplementation is necessary to maintain optimal levels of vitamins and nutrients.

Perhaps one of the most undervalued vitamins of all is vitamin C. Ironically, it may be one of the most universally known and widely distributed of all vitamins, and yet it’s hardly ever given the credit that it deserves. This amazing compound has a long history of this kind of derision: governments ignored evidence suggesting that fresh fruit cures scurvy for nearly 100 years in the 18th and 19th centuries, and doctors from the 19th century to the present have been ridiculed for using this lowly vitamin as a medical tool.

It’s almost as if mainstream medicine refuses to believe that simple, natural solutions can be effective—only complicated, expensive, scientifically developed medical interventions deserve a badge of legitimacy. But centuries of practice, now coupled with emerging research, is finally leading more doctors to pay attention to the untapped potential of vitamin C.

A study from the University of Colorado in Boulder has revealed that, according to markers measured by the researchers, a daily regimen of vitamin C confers the same cardiovascular benefits as regular exercise for your heart.

The goal of the study was to determine ways of supporting overweight or obese adults who are unable or unwilling to exercise (approximately 50% of the demographic). They focused on a protein called endothelin-1 (ET-1), which constricts blood vessels and makes them less responsive. Overweight and obese individuals nearly always have elevated levels of ET-1, which dramatically increases their risk of heart disease. Amazingly, the researchers found that taking a 500 mg time-release capsule of vitamin C every day decreased ET-1 levels just as much as daily exercise.

While nothing can or should be a permanent substitute for exercise, this study shows that vitamin C gives a head start to those who are unable to exercise. Another study even demonstrated that vitamin C deficiency is linked with higher body mass index (BMI), body fat percentage, and waist size—and thus that supplementing with it can help with weight control.[1]

And it offers something to those who already exercise regularly too: it massively magnifies the benefits of exercise by reducing oxidative stress,[2] improving overall muscle function, and decreasing recovery time.[3]

And that’s just the tip of the iceberg…

While this research is incredibly promising, it’s still a far cry from the work of Dr. Linus Pauling, the original vitamin C advocate. As early as the 1940’s (not long after the original synthesis of ascorbic acid), he cured a staggering array of supposedly incurable diseases with high doses of vitamin C. And Dr. Pauling was no quack—he won the Nobel Prize twice.

Despite his amazing success with his patients, Dr. Pauling’s work with vitamin C was either suppressed or ignored during his lifetime. Now, the scientific community is slowly and cautiously beginning to change their tune. Recent studies have revealed that people who receive the highest levels of vitamin C have an 80% reduced risk of heart attack and a 42% reduced risk of stroke.[4] It’s also been shown that vitamin C lowers blood pressure, strengthens endothelial function, and protects against the formation of arterial plaque.

During the studies that demonstrated all of these benefits, participants took between 500-2000 mg of vitamin C per day—doses that pale in comparison to the 10-12 gram daily dose that Dr. Linus Pauling recommended. And he considered those maintenance doses; for acute problems, he administered up to 300 grams per day.

All this still seems a bit extreme to most doctors, but Pauling’s results speak for themselves—and it’s no coincidence that the higher doses researchers use in modern studies, the more benefits they uncover.

According to Dr. Stephen Sinatra, vitamin C is a superstar for your heart health, improving it in the following ways: [5]

It is called “master antioxidant” because it is intracellular and has the unique ability of maximizing the performance of all the other antioxidants, including vitamins E, CoQ10, and alpha-lipoic acid, as well as the fresh vegetables and fruits that you eat every day.

Glutathione’s primary function is to protect your cells and mitochondria from oxidative and peroxidative damage. It is also essential for detoxification, energy utilization, and preventing the diseases we associate with aging.

Glutathione also eliminates toxins from your cells and gives protection from the damaging effects of radiation, chemicals, and environmental pollutants. Your body’s ability to produce glutathione decreases with aging, which is one reason why vitamin C may be even more important as you get older.

Vitamin C is essential for the biosynthesis of collagen, which in turn is beneficial for your arterial walls. According to Dr. Sinatra: [6]

Your blood vessels’ ability to expand is known as vasodilation. If vasodilation is poor, it can increase your risk of heart attack and stroke. Vitamin C increases the availability of nitric oxide (NO), which promotes vasodilation.

Making vitamin C work for you

As can be seen from the studies cited above, vitamin C is a wonderful ally for overweight and obese adults, as well as those wishing to prevent or treat heart disease. And since these conditions are some of the leading causes of death in the United States, vitamin C is a good choice for nearly everyone.

When starting your vitamin C regimen, start with lower doses (under 5 grams), and then work up to whatever level feels right to you. Liposomal vitamin C (that is, vitamin C that has been combined with lecithin or another fat to make it more bio-available) is by far the most absorbable form; we recommend this formula.

Once you figure out a routine that works for you and stick to it for a while, you’ll be amazed by the benefits that vitamin C can provide. You’ll have more energy, get sick far less often, and maybe even lose some weight in the process.