Ginger More Effective than Chemotherapy (and much more)

written by Ryan
Facebook0Tweet0Pin0
You are here: Home / Body / Ginger More Effective than Chemotherapy (and much more) 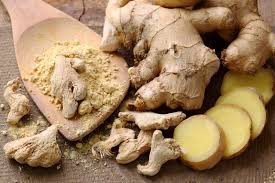 After reading one of our many articles about the healing marvels of turmeric, you may have headed to your local health food store or coop to pick up some raw root. If so, you probably noticed that it’s very often displayed alongside ginger.

These botanically related roots are similar in many ways—they share the same strange gnarled appearance, and they both boast vibrant colors. Most importantly, though, they’re both veritable panaceas. Turmeric has really stolen the show in this arena, but researchers and natural health experts alike are finally recognizing that the medicinal potential of ginger is just as profound.

Like turmeric, ginger has been used medicinally for thousands of years. Nevertheless, mainstream medicine is only just beginning to “prove” its effectiveness for aiding and treating a huge variety of ailments and conditions, as well as its efficacy as a general longevity tonic.

Ginger is one talented little root

Ginger is one spice that we recommend keeping on hand in your kitchen at all times. Not only is it a wonderful addition to your cooking (especially paired with garlic) but it also has enough medicinal properties to fill several books.

If you find yourself nauseous or with an upset stomach, mince up a small amount (about the size of your fingernail) and swallow it. You’ll be amazed at the relief it provides. Yet this is only the beginning…

The most commonly used medicinal part of the plant is the rhizome, the root-like stem that grows underground. It’s a rich source of antioxidants including gingerols, shogaols, zingerones, and more.

Here’s a small sampling of ginger’s healing and life-enhancing applications, as revealed by both modern research and ancient practice.

It’s a “universal” microbial agent. Ginger is wildly effective at combatting all four major categories of microbial pathogens: bacterial, viral, fungal, and parasitic. It’s more effective than pharmaceutical antibiotics at treating staph infections and antibiotic-resistant bacteria, and it can even wipe out parasitic worms with 90% effectiveness in less than a day.[1]

These are feats which no prescription drug can boast—and ginger accomplishes them all without harming your body’s cells, beneficial bacteria, or immune system (all of which are significantly compromised by conventional antimicrobial protocols).

It’s more effective than chemotherapy at treating cancer. As we discussed in more detail in a previous article, ginger is also an incredibly potent cancer treatment. Studies have revealed that it’s able to target both cancer cells and cancer stem cells (CSC’s), without harming healthy cells. And the efficacy with which it targets CSC’s has been demonstrated to be up to 10,000 times that of chemotherapy.[2]

It’s a powerful weight loss aid. Despite marketers’ attempts to brand any herb possible as a cutting-edge weight loss supplement, ginger somehow still managed to slip through the cracks. The irony is that ginger is a legitimate metabolism booster and appetite suppressant, and thus it’s a powerful and healthy ally for anyone struggling with weight management.

It’s a superior detox enhancer. Unlike conventional antibiotics, cancer treatments, and weight loss aids, ginger supports the body rather than taxing it. It does so by boosting immune function and supercharging your body’s natural detoxification mechanisms.

It’s even a natural source of melatonin, one of the most potent endogenous antioxidants and detox agents of all (it even has the added benefit of providing deeper, better sleep). Ginger is even able to detox radioactive materials from your body.

It’s a perfect natural anti-inflammatory. As we’ve written about in the past, inflammation is the root of nearly every disease. NSAID’s, steroids, and other conventional anti-inflammatories suppress the immune system and cause all sorts of nasty side effects, including severe gastrointestinal issues.

But ginger has been shown to be effective at relieving the aches and pains of acute inflammation and controlling the chronic inflammation that leads to degenerative diseases and conditions.[3]

And that’s just the beginning. The deeper researchers dig into ginger’s medical applications, the more they become convinced that there’s nothing it can’t treat. Studies demonstrate its ability to treat (and prevent) ulcers, diabetes (and its complications), gastrointestinal conditions, liver disease, menstrual pain, gout, nausea, heart disease, and more.[4]

If this powerful root isn’t already a part of your ongoing dietary or supplement regimen, you’d be wise to include it.

How to use ginger

Many of the studies being conducted on ginger employ isolated extracts of specific beneficial compounds. While the results of such applications have been impressive in their own right, the benefits of ginger are dramatically amplified when you consume either the raw root or a full-spectrum extract.

An increasing amount of evidence suggests that the full spectrum of a medicinal plant’s compounds nearly always works better than an isolated compound—in short, it suggests that Nature got it right the first time.

Nevertheless, it seems like conventional medicine will need to tinker with their “precise” and “scientific” chemical isolates for a while longer before they accept that the original, natural version of a plant’s composition is optimal just the way it is.

To that effect, try to include lots of raw ginger root in your diet if you want to take advantage of its many benefits. I even enjoy juicing ginger root or throwing a 1-2 inch piece of peeled root into my morning smoothie. If you want to try using ginger as a supplement, be sure to find a full-spectrum extract.

Here is an easy, basic recipe for ginger tea, a great way to get fresh ginger!

How to Prepare It:

Place the ginger in a teapot. Add the boiling water and allow it to steep for 5-10 minutes.

Regardless of which route of you choose, this under appreciated super-healing root is bound to facilitate big changes for your overall health and vitality.