Non-Toxic Flu Prevention WITHOUT a Vaccine

written by Ryan
Facebook0Tweet0Pin0
You are here: Home / Body / Non-Toxic Flu Prevention WITHOUT a Vaccine 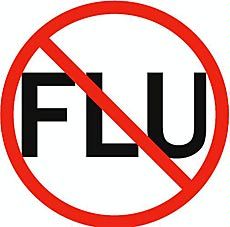 The peak of flu season is upon us again.

This means you’ve probably already caught sight of those familiar “Free Flu Shots” signs in the windows and display boards of every corner drugstore. Amidst a huge upswell of resistance against vaccines in recent years, Big Pharma is working harder and harder to keep its beloved products in the limelight. After all, they wouldn’t want to let a little bad publicity get in the way of the $3 billion that they rake in every year from sales of the flu vaccine.

The justifiable reasons for getting the flu shot are dwindling, so its advocates are starting to play dirty. “Anti-vaxxers” are increasingly portrayed as irresponsible, backwards people who selfishly shirk their duty as citizens and parents by refusing to vaccinate themselves and their children. Mainstream media drones on about “herd immunity”—the concept that immunity to a certain pathogen can only occur across a given population if a critical number of people develop immunity via vaccination—even though this theory has been shown to have serious flaws. [1]

But this propaganda is only meant to cover over the increasing amount of evidence demonstrating that vaccines are dangerous and only marginally effective at best.

And contrary to what Big Pharma and their mainstream media cronies would like you to think, those who oppose vaccination are not an irrational, uneducated minority. Many people are now coming clean about their grave reservations regarding vaccination. Let’s explore some of the reasons why you should think twice before you accept that free flu shot…

We’ll start with the simplest and most demonstrable reason to be wary of flu shots and other vaccines: they contain a cocktail of toxic and otherwise unseemly substances, including mercury, aluminum, antibiotics, formaldehyde, MSG, and egg protein. [2]

Despite growing suspicion that vaccination is linked to childhood learning disorders, autism, and degenerative disease, vaccines are still touted as completely non-toxic. Pharmaceutical companies hide behind the fact that “safety assessments” have not discovered vaccines to be toxic—but even the FDA warns that “safety assessments for vaccines have often not included appropriate toxicity studies because vaccines have not viewed as inherently toxic.”[3]

In other words, as long as Big Pharma can keep us convinced that their products are non-toxic, they won’t be required to conduct the assessments that would disprove their lies. To this end, pharmaceutical companies aggressively fast-track studies and evaluations, so that regulatory agencies don’t have time to discover how harmful vaccines really can be.

Which brings us to another strike against vaccines: Big Pharma is run by criminals, literally. Between 2009-2012 alone, pharmaceutical companies paid $11 billion dollars in fines for criminal wrongdoing. Do you really think these companies should be trusted to provide us with safe and effective medicines?

But getting the flu is horrible…and at least the vaccine prevents the flu, right? Wrong.

Last year’s flu vaccine was only 19% effective (and this number may be an optimistic one). And mounting evidence demonstrates that even when it doesn’t successfully prevent the flu, the flu vaccine still increases your risk of respiratory infections, [4] seizures, [5] deafness, [6] brain damage, [7] ovarian failure, [8] a severe intestinal disorder called intussusception, [9] neuropraxia (which causes a loss of motor and sensory function), [10] autism, multiple sclerosis, [11] and lots of other undesirable states, including coma and death. [12]

And these are just the known side effects (though, as you can see, some of the ailments listed above are so serious that they can barely be called “side” effects). We know very little about how vaccines actually effect the body as a whole-system, and we know even less about what long-term effect they’re having on the body’s more mysterious aspects, such as the microbiome.

Big Pharma isn’t worried about all these deleterious effects, though, simply because no party can be sued over the adverse effects of vaccines (in the case of nearly every other class of drugs, a lawsuit can be brought against someone, whether it’s the medical practitioner or the drug company).

There’s a better way (lots of them, actually)

Here’s a secret that vaccine manufacturers would like to keep in the dark: vaccines function by stimulating (and irritating) the immune system in order to prompt the development of natural immunity, and there’s much safer ways to trigger this same mechanism.

In fact, you may already know that homeopathy works according to this same principle (that is, building immunity by exposing the body to a small amount of the pathogen in question). Homeopathic remedies are non-toxic, side-effect-free, and proven effective by thousands of years of practice (modern allopathic has millennia to go before it can make the same claim).

There are also lots of vitamins and natural supplements that help optimize the immune system and protect the body against flu onset. For example, vitamin C is a powerful and highly underrated immune-boosting dynamo, oregano oil and Manuka honey are potent natural antibiotics, turmeric heals and balances the immune system on absolutely every level, and optimal vitamin D levels have been correlated with drastically decreased incidence of influenza (some doctors even believe that the disease can only be contracted by those who are deficient in vitamin D).

The bottom line is this: look before you leap when it comes to vaccines, and know that there are other options available to you.

Jim Andrews, Medical Researcher and Reporter, has put together a great eBook on how to protect yourself and your family naturally when antibiotics no longer work.

In Antibiotic Epidemic: How to Fight Superbugs and Emerging Bacteria with Miracles from Mother Nature, you’ll learn about miracle ingredients in your kitchen that kill MRSA… salmonella… strep throat … and more.

You never know when these deadly bacteria will strike. That’s why Jim Andrews’ eBook is a great resource to have on hand.