Is MSM An Underrated Cancer Treatment?

written by Ryan
Facebook0Tweet0Pin0
You are here: Home / Body / Is MSM An Underrated Cancer Treatment? 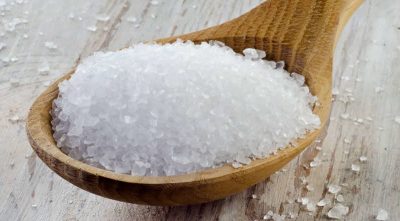 We’re written before about the vastly underestimated importance of sulfur as a dietary nutrient.

It’s been over twenty years since the U.S. Food and Nutrition Board has reported anything about it, but don’t let that fool you. Sulfur plays an essential role in some of the body’s most fundamental functions, including:

enzymatic activity
regulation of inflammatory response
detoxification (it’s a “sticky” molecule that easily binds to toxins and carries them out of the body)
mitochondrial energy production
oxygen transport (without which your cells literally can’t function)
proper protein binding (which optimizes the health of your bones, joints, hair, and skin).

Despite limited recognition by regulatory agencies, sulfur still has gained some fame as an anti-aging and joint support supplement. The most popular form is methyl-sulfonyl-methane, or MSM, due to its high stability and bioavailability.

While the mechanisms by which MSM works are incredibly complex and not fully understood, research has confirmed its benefits.

A pilot clinical trial at the Southwest College of Naturopathic Medicine and Health Sciences found that daily supplementation with MSM decreased pain and increased mobility for osteoarthritis patients, with no side effects.[1] Other studies have demonstrated the remarkable support that it provides for cardiovascular health, diabetes, mood disorders, and more.

But perhaps one of the most developed areas of MSM research is its potential as an anti-cancer agent.

Oncology is one the most prominent and fastest growing areas of medical research in the world. Whether or not the medical mainstream is willing to admit it, everyone tacitly knows that our current repertoire of conventional cancer treatments just aren’t working well enough (and even when chemotherapy and radiation therapy do work, they bring along with them a horrid assortment of side effects).

For this reason, research into functional foods, anti-cancer nutrients, and other alternative cancer treatment modalities (such as Dr. Stanislaw Burzynski’s antineoplaston therapy) has expanded in recent years. Researchers have quickly discovered that sulfur (particularly in the form of MSM) offer great promise as a powerful and versatile cancer treatment.

There’s still plenty of work to do, but here’s what scientists have uncovered so far.

MSM kills cancer cells and reduces tumors. This is always the true test (according to conventional oncology, at least) of an anti-cancer agent’s potential: does it directly lead to the death of cancer cells? MSM passes the test with flying colors. According to one groundbreaking study, MSM can significantly reduce the size of breast cancer tumors.[2]

Another study published in the Journal of Gastrointestinal Cancer supported the finding and further explained MSM’s therapeutic mechanism by demonstrating that it promotes apoptosis (a process by which cancer cells are induced to destroy themselves) in gastrointestinal and esophageal cancers.

Best of all, MSM fights cancer cells and tumors without any of the damaging side effects of conventional cancer treatments, such as lymphedema (a condition commonly experienced by breast cancer patients who have undergone surgical tumor removal or radiation therapy)[3] and immune system dysfunction.

MSM increases the effectiveness of other anti-cancer agents. MSM not only is effective as a stand-alone treatment modality, but also as a complementary oncological tool. It acts us a superior delivery method when taken in conjunction with vitamin C, which in high doses has been shown to be an effective measure against cancer in its own right.

MSM also dramatically boosts the absorption and efficacy of vitamin D3, colloidal silver, and magnesium, all of which exhibit powerful antimicrobial properties and play an important role in the holistic treatment of cancer.

MSM has even been shown to increase the efficacy of chemotherapy drugs. While the holistic methods described above are certainly preferable to such dangerous modalities, the fact of the matter is that chemotherapy is still the primary choice for many cancer patients. It’s actually illegal in some states for doctors to utilize holistic cancer treatment modalities instead of chemotherapy.

By combining chemotherapy with MSM supplementation, patients can at least attenuate some of its negative side effects, while increasing the effectiveness of the overall treatment.

How to experience MSM’s benefits

Whether you’re interested in augmenting a cancer treatment protocol, or simply want to enjoy MSM’s many other benefits, adding more sulfur to your life is easy.

As with all nutrients, optimizing sulfur levels in the body begins with proper diet. Eating a commonsense, nutrient-dense diet will do the trick, but for best results, include sulfur-rich foods like green leafy vegetables, organic eggs, and raw milk (pasteurized milk does much more harm than good, and does not contain MSM in any usable quantities, because heating neutralizes its sulfur compounds).

If you eat meat, grass-fed meats, fish, and poultry are also good sources of sulfur (due to its other health risks, though, meat consumption should be limited and conscious).

By far the most efficient method of getting sulfur, however, is simply to take an MSM supplement. Avoid capsules, which sometimes undergo dangerous chemical processes, and instead choose organic bulk powders and flakes.

Mixing your MSM in water aids absorption and optimizes results. Because it can be hard on the stomach at first, you may want to start with just a few milligrams, and build up to 5 tablespoons daily.

High doses of MSM should be avoided if you’re taking blood thinners or aspirin, but otherwise, it’s incredibly safe for daily, long-term use.