Is Olive Oil the Next Big Anti-Cancer Food?

written by Ryan
Facebook0Tweet0Pin0
You are here: Home / Body / Is Olive Oil the Next Big Anti-Cancer Food? 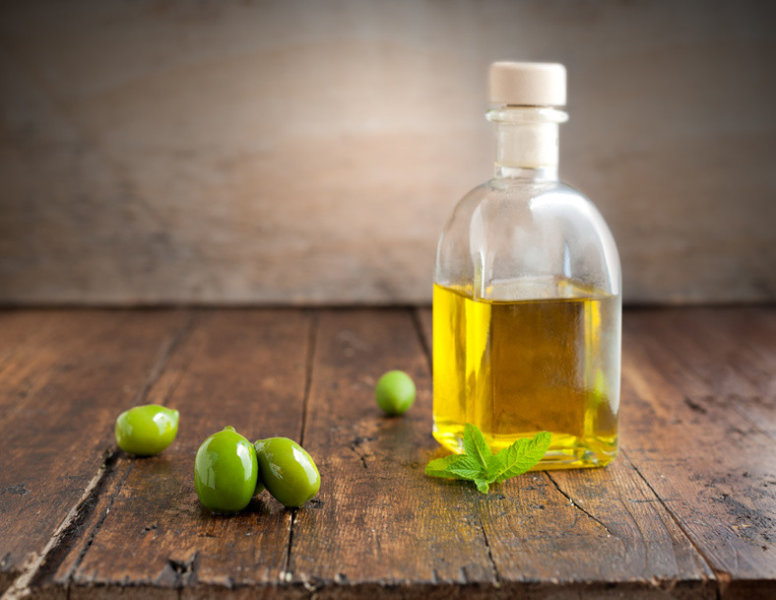 Despite the $125 billion that the United States spends annually to fight cancer, it’s hard to tell who’s winning the battle.

While cancer mortality rates have decreased on average, the overall incidence of cancer is still rising sharply. Furthermore, skeptics argue that this decreased death rate is skewed, because it includes the survival of “overdiagnosed” patients whose benign cancer never would have caused them any trouble anyway. The hard truth is that we may be gaining very little ground against truly malignant cancers­­—as evidenced by that fact that approximately 1 out of every 584 people still die of cancer every year.

If that piece of information isn’t worrying enough, here’s one that’s even scarier: our sluggish progress may have far more to do with medical bureaucracy than an actual lack of effective cancer treatments.

As can be seen from that expenditure figure quoted above, cancer treatment is big business. Thus, the labyrinth of organizations, institutions, and practitioners who profit from it have a seriously vested interest in keeping it just the way it is (i.e. limited treatment options to surgery, chemotherapy, and other radiation therapies).

Despite a mountain of research demonstrating their efficacy, integrative approaches to cancer treatment are still largely shunned by the mainstream medical community. Diet and lifestyle modification, supplementation with natural anti-cancer compounds, and other natural treatment methods are not being given anywhere near the attention they deserve.

Doctors are strongly encouraged to stick with mainstream protocols—oftentimes even as a legal requirement. For example, it is illegal in the state of California for a physician to treat cancer with any product, compound, or practice that hasn’t been expressly approved for such use by the FDA.[1] Over thirty states have passed similar laws.

Similarly, Medicare and Medicaid increasingly label natural health treatments as “fraudulent”—so by requesting payment for health practices that the government deems unconventional, doctors can actually end up in prison!

Meanwhile, Nature’s abundant array of cancer-healing foods and compounds remains greatly under-utilized—all because deviating from the norm is an unprofitable, even dangerous career move for health practitioners.

The new cancer-killing food on the block

Luckily, you can always take health into your own hands by building your own healing diet.

Practitioners of integrative medicine and natural health researchers are hard at work compiling lists of cancer-fighting foods. Historically, turmeric has topped these lists, but now a new contender is starting to rise in the ranks: olive oil.

Olive oil contains a compound called oleocanthol, which has exhibited profound anti-cancer benefits in recent studies. Researchers at three different institutions found that oleocanthol began to break down the cells of pancreatic, prostate, and breast cancer within thirty minutes—and that it rendered them completely non-viable within twenty-four hours.[2]

Unlike invasive surgeries and radiation-based therapies—which inflict massive collateral damage in the process of killing cancer cells—olive oil works its magic without harming the body’s healthy cells. In fact, it confers active benefits while it fights cancer, including potent anti-inflammatory action, antioxidant activity, neuroprotection, and cardioprotection.[3]

High-antioxidant, anti-inflammatory foods have long been considered a great preventative measure against cancer too, so whether you’re designing a cancer-fighting diet or simply trying to ward off the disease, you would do well to consume olive oil on a regular basis.

If you’ve spent any time researching the health benefits of olive oil, you probably already know that “extra virgin” is the good stuff. Nowadays, “pure” olive oil is almost more difficult to find than extra virgin, because manufacturers know that the latter is in much greater demand.

Here’s the catch, though: 69% of store-bought olive oils are not extra virgin (even though they’re labeled as such). Despite the fact that the extra virgin labeling process is legally regulated, this worrying majority ends up filling stores with oxidized, low-quality, improperly processed products.

This olive oil not only won’t pack the same anti-cancer punch, but could also be hazardous to your health—oxidized oils flood your body with free radicals (some supposedly extra virgin olive oils are even contaminated with canola oil, which is notoriously inflammatory and easily oxidized).

In order to ensure that you’re receiving all the cancer-fighting and health-boosting benefits that extra virgin olive oil has to offer, take a bit of extra time to select the right product. Look for a North American Olive Oil Association seal of approval, avoid “light” olive oil at all costs, only purchase fresh olive oil (bottles that include a harvest or press date are almost always the freshest), and don’t skimp on cost—you really do get what you pay for.

This extra effort is well worth your time, especially in a world that conspires against the best efforts of integrative doctors to treat cancer in safer and more effective ways. Until mainstream medicine stops blocking the forward progress of alternative cancer treatment, it’s up to you to bolster your own cancer-fighting arsenal—and research confirms that adding (real) extra virgin olive oil to your diet is a great way to do so.