Ginger May Treat Cancer Better Than Chemo (Without Any Side Effects)

written by Ryan
Facebook0Tweet0Pin0
You are here: Home / Featured / Ginger May Treat Cancer Better Than Chemo (Without Any Side Effects) 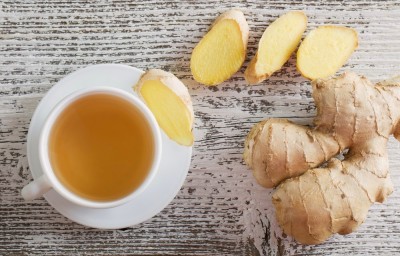 Cancer is one of the greatest health issues facing humanity. It’s estimated that, in the United States alone, nearly 600,000 people will die from some form of cancer this year. And despite the massive proliferation of cancer research and treatment development, incidence continues to rise sharply.

Doctors argue that the cancer survival rate is increasing too, but this could simply be attributed to the rising misdiagnosis of malignant tumors (when a patient “survives” a misidentified benign tumor that wasn’t a danger to them in the first place, the cancer “cure” rate becomes skewed). The unfortunate reality is that mainstream medicine is not making significant progress in the fight against cancer.

This lack of success stems from a simple fact: Western medicine focuses on symptoms rather than root causes. While such short-sided techniques can be incredibly useful in a pinch, they nearly always fail in the long run—they often win battles, only to lose the war.

In the case of cancer, the “battles” are the physical tumors. Mainstream medicine’s tools of choice—radiation, chemotherapy, and surgery—are fairly adept at “winning battles” by inhibiting the growth of tumors. But they fail to address the underlying currents that affect the direction of the “war”—like systemic inflammation and oxidative stress, nutrient deficiency, metabolic and hormonal imbalance, and the existence of cancer stem cells (CSC’s).

The key to success is to create an internal environment that strongly discourages the growth of new cancer cells, and to clear current cancer cells by targeting CSC’s, which can be thought of as the “leaders” of the colonies.

While most cancer research has yet to focus on lifestyle-oriented methods for creating an uninhabitable environment for cancer cells, scientists are at least realizing the importance of targeting CSC’s. These advanced cells have a huge influence on the overall growth of tumors, and have the uncanny ability to regenerate and differentiate into new colonies as soon as old ones have been killed off. Worst of all, CSC’s are incredibly resistant to nearly all conventional methods of killing cancer cells, and the new tumors into which they differentiate are often far stronger than the original colonies.

Special Report: Simple 10 Second Solution to Uncover The Hidden TOXIC Ingredients That Are Destroying Your Health…

Even the most powerful chemotherapy drugs and forms of radiation therapy have demonstrated insignificant efficacy against CSC’s. The viable solution, from the perspective of this treatment system, is to pump patients full of increasingly stronger, larger doses of drugs and radiation. In some cases, this approach does destroy a greater number of cancer cells, but this victory comes at a terrible price: the body’s normal cells are decimated in the process, leaving the entire system frail and open to recolonization by treatment-resistant CSC’s.

For this reason, an increasing number of health advocates believe conventional cancer treatments to be barbaric and outdated. Researchers manage to distance themselves from the horrid effects of radiation and chemotherapy by running tests on experimental models rather than living systems, but the deleterious effects of these treatments upon actual cancer patients is clear to see.

The models used to study cancer treatments include monolayers (which are 1-dimensional cancer cell models that show granular interaction but fail to provide a picture of how the whole system works) and spheroids (which are 3-dimensional, more true-to-life models of cancer colonies and their underlying CSC’s). While the leading chemotherapy drugs have been shown to be quite effective when applied to monolayers, their positive effect is negligible when applied to spheroids.

Luckily, researchers have been opening their minds to the cancer-treating potential of functional foods. Ginger is the new star in the alternative cancer treatment scene, and a recent study suggests that it’s up to four orders of magnitude more effective at targeting cancer and its CSC’s.

Recent research has revealed that ginger just might provide the “holy grail” of cancer treatment—one of the compounds it contains, called 6-shogaol, is capable of targeting cancer cells and cancer stem cells, without harming any of the body’s healthy cells.[1]

This “intelligent” cell targeting is known as selective cytotoxicity, and it’s an ability that is severely lacking in chemotherapy drugs. Even 10,000 times the normal dose of Taxol (a leading chemo drug) can’t live up to the CSC-fighting ability of this incredible ginger compound—and needless to say, this massive chemo dose wreaks havoc on everything healthy in its tracks.

Ginger, on the other hand, fights cancer on all levels, and improves the systemic health of the body in the process. It directly kills cancer cells, triggers a “cancer cell suicide” process called apoptosis, and profoundly interrupts the growth cycle of cancer colonies— all while combatting both inflammation and oxidative stress throughout the entire body, thus strengthening the body’s innate ability to join the fight.

Ginger’s effectiveness has cancer researchers so excited that they’re actually changing their tune about the legitimacy of healing foods, which up until now have been viewed with derision and skepticism. The authors of the study cited above even admit that “dietary compounds are welcome options for human diseases due to their time-tested acceptability by human bodies.” Times they are a-changing!

For centuries, ginger has been revered for its health-promoting and cancer-fighting properties—the modern medical system just needed to see some peer-reviewed studies before believing the age-old hype. Mounting evidence shows that consuming ginger as a part of your diet is excellent not only for treating cancer, but also for preventing it in the first place.

And doing so is simple: its spicy, earthy taste makes it a great cooking spice (try it in soups, sauces, stir-fry dishes, and even in smoothies and juices). You can also steep 2 tablespoons of shredded ginger root to make a spicy, enlivening tea that’s great for promoting mental clarity and strong immune function.

However you choose to consume ginger, just make sure you give this incredible little root a try—especially if you or a loved one are suffering from cancer and looking for a treatment that really works.