Foods that Stop Cancer More Effectively (And Safely) Than Chemotherapy

written by Ryan Greendyk
Facebook0Tweet0Pin0
You are here: Home / Body / Foods that Stop Cancer More Effectively (And Safely) Than Chemotherapy 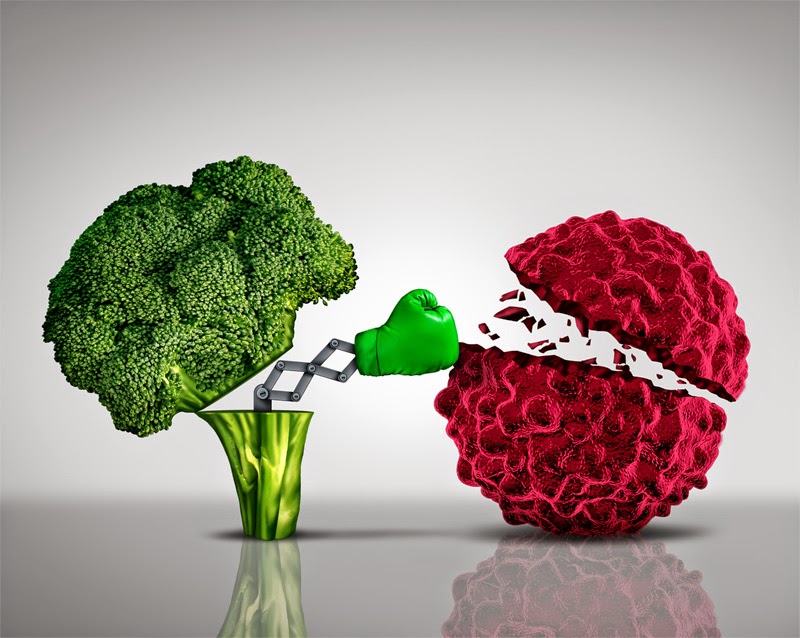 The world of modern cancer treatment is complex, confusing, and corrupt. As though battling cancer weren’t enough of a personal trial on its own, anyone who requires treatment for this immensely prevalent disease is nearly forced to endure the exorbitant costs, bureaucratic hassles, and myopic thinking that characterize the system surrounding it.

Modern medicine has maintained a stranglehold on cancer treatment for some time; any attempt to diverge from conventional treatments methods is met with doubt and derision (not to mention a lack of support from medical insurance companies).

Pharmaceutical companies and industrial medical supply manufacturers pull all the strings by buying doctors’ loyalty, funding only the research that serves their interests, and lobbying to enact governmental policy that ensures their continued dominance. When this sad truth is brought to light, it no longer seems surprising that nearly all of conventional cancer treatment revolves around drugs and machines.

Once again, it’s all about the money—and those with vested interests in this immensely profitable scheme are prepared to defend their revenue source viciously.

Doesn’t it seem best, though, to give these industrious companies the benefit of the doubt? Isn’t it possible that they really do have everyone’s best interest in mind? Such optimism sounds like a nice idea until one simple fact is revealed: conventional cancer treatment methods are not working.

Both chemotherapt and radiation are inherently carcinogenic—even the World Health Organization and the American Cancer Society classify tamoxifen and other cancer drugs as confirmed human carcinogens. Radiation treatment has been shown to increase the malignancy of cancer, cause secondary cancers, and increase the risk of relapse (by strengthening cancer cells’ capacity to regenerate).[1] Chemo and radiation use an unsophisticated “shotgun” approach: they severely suppress the immune system and destroy countless healthy cells in an attempt to combat cancer cells, which only become stronger and more resistant if they manage to survive the initial onslaught.

Despite these worrying symptoms of a deeply ailing system, business continues as usual. The “cancer industry” works hard to keep everyone in the dark about the failure of their treatment methods, and they work just as hard to minimize the growing promise of plant-based cancer treatments.

While conventional cancer treatments continue to run amok, a revolution is taking place behind the scenes.

Practitioners of natural medicine, herbalism, integrative medicine, and ancient healing modalities have long known the healing power of plants. Indeed, the natural world is the greatest pharmacy for which we could ever ask. Research that isn’t centered on conventional cancer treatment is much harder to fund, but nevertheless, findings that confirm the profound chemopreventive and cancer-killing qualities of many foods are accumulating. A growing movement urges the treatment of cancer using “functional medicine,” which endeavors to eliminate illness by identifying and resolving its root cause.

More than thirty years of research has demonstrated that the phytonutrients in certain foods have the ability to decrease the risk of cancer dramatically, selectively kill cancer cells without harming healthy cells, strengthen the immune system (which allows the body to fight cancer more effectively on its own), and decrease the risk of cancer relapse (by targeting cancer stem cells and thus eradicating the root of the disease).

We have written in the past about the incredible cancer-healing compounds found in foods like turmeric, cinnamon, oregano, pomegranate, black cumin seed, and olive oil (just to name a few). Some medical scientists are working feverishly to determine the most effective ways to employ dietary protocols and phytonutrient cocktails as the cancer treatments of the future. You’ll notice that a few of the foods mentioned above made the following short list of what researchers now consider the…

1. Epigallocatechin-3-gallate (EGCG), a polyphenol that is abundant in green tea, has been shown to induce cancer cell apoptosis (during which the cell essentially commits suicide), and to increase the efficacy of cancer drugs (while decreasing their side effects).

3. Resveratrol, which is found in grapes and peanuts, has been shown to slow the spread of cancer dramatically, and to induce apoptosis in various types of cancer cells.

4. Lycopene, which gives tomatoes, watermelon, and grapefruits their pink color, significantly decreases the risk of developing cancer if integrated into one’s diet, and strongly suppresses the growth and development of many types of cancer.

5. Luteolin, abundant in cabbage, spinach, and peppers, kills a wide range of cancer cells by inducing apoptosis or “cell cycle arrest,” which naturally halts the process of cancer cell replication.

6. Genistein, a phytoestrogen in soy products, reduces the risk of cancer and exhibits strong antitumor properties. It’s important to remember that while this compound holds great promise, soy as a whole food has many drawbacks and should be consumed sparingly.  Make sure you are eating fermented soy and not processed soy.

8. Beta-carotene, found in orange-colored fruits and vegetables (carrots), stops cancer in its tracks by reducing the self-renewing properties of cancer stem cells.

9. Sulforaphane, a phytonutrient in cruciferous vegetables (broccoli, cauliflower, brussel sprouts, bok choy), induces apoptosis not only in differentiated cancer cells, but also in cancer stem cells. For this reason, it also reduces the risk of relapse dramatically (because, by killing cancer stem cells, the root of the problem is dealt with).

Thus, it’s safe to say that healing foods are the cancer treatments of the future. Researchers will continue to develop increasingly sophisticated ways of synergizing and administering these powerful phytonutrients for maximum benefit. Many even claim that, by intelligently targeting cancer stem cells, they can eradicate cancer altogether.

In the meantime, you can reap all the benefits of these healing foods by simply including generous helpings of them in your diet (with the exception of soy, in which case you’re better off supplementing with extracted genistein).

The failure of conventional cancer treatment methods is no reason to lose hope—the phytonutrients listed above give a small glimpse into a possible future of cancer treatment, in which modern medicine swallows its pride and begins to give primacy to Nature’s perfect (and readily accessible) pharmacopeia.

We have found an excellent product that includes a combination of many organic powerful cancer fighting superfoods.  Also endorsed by Nobel Prize winning scientists who recognize it’s natural ability to also hydrate the body and erase age spots.

Get the full story here.