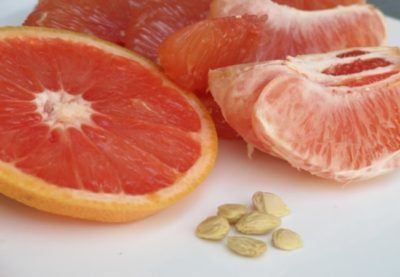 We may be at the top of the food chain, but we’re still remarkably vulnerable to infectious pathogens.

Microbes (bacteria) are single-cell organisms so tiny that millions can fit into the eye of a needle.

They are the oldest form of life on earth.
Without microbes, we couldn’t eat or breathe.

Understanding microbes is vital to understanding the past and the future of ourselves and our planet.We’re only just beginning to understand the world of microbes , which outnumber us by an astronomical factor—even your body contains ten times more microbial cells than human cells. Coming to terms with this fact can feel strange and uncomfortable, given that modern science considers them foreign agents.

Creating these kinds of boundaries and divisions makes it easier to consider these microbes as enemies that must be fought and driven from our bodies. This is certainly a suitable choice with certain harmful pathogens, but the more we dig into the microbial world, the more we find that the line between harmful and beneficial is a blurry one.

For example, E. coli bacteria regularly inhabit the gastrointestinal tract—and despite this pathogen’s notorious reputation, these colonies are not harmful if kept in balance. Some experts even believe that E. coli (and potentially other “harmful” bacteria) play a beneficial role in maintaining overall microbiome health.

The irresponsible use of antibiotics has left us with dangerously unhealthy microbiomes, and has led to the rise of antibiotic-resistant superbacteria

The takeaway is that microbes are better viewed as part of a shifting and complex system, rather than something that should be indiscriminately destroyed. These subtleties are obviously lost in the current allopathic system, which deals with pathogens by using powerful antimicrobial (antibiotic) agents to kill them (thus destroying beneficial microbes in the process).

The irresponsible use of antibiotics has left us with dangerously unhealthy microbiomes, and has led to the rise of antibiotic-resistant superbacteria. Many researchers even believe that our War on Pathogens has even more far-reaching health consequences, and that we simply haven’t uncovered all the correlations between microbiome health and prevalent disease.

In another article, we discussed the profoundly frightening prospect of a post-antibiotic world. The World Health Organization calls it “a very real possibility for the 21st century,” and researchers are very worried.

Big Pharma has stopped designing new antibiotics (every time they try, the bacteria under study mutates more quickly than they can keep up with).

This means that, when our current antibiotics lose their effectiveness (a process that’s already well under way), we’ll have no choice but to find other alternatives.

And given that Nature has her own repertoire of safe and natural antimicrobial agents, we’d be wise to move away from dangerous prescription antibiotics now rather than waiting until it’s too late (these pharmaceuticals should be reserved only for the gravest of emergencies).

One of the greatest natural antimicrobials of all is grapefruit seed.

You’ve probably eaten your share of grapefruit, but like most people, you most likely just threw out the seeds. It turns out grapefruit seeds contain some of most powerful disease-fighting compounds on the planet. The seeds are processed into a concentrated extract, which can be used for all sorts of therapeutic uses.

Many studies have attest to the effectiveness (and safety) of grapefruit seed extract, as well as raw grapefruit seeds, and its manufacturers stand by their claims that no toxic preservatives are being used.

The following information is drawn from studies and other reputable sources, but be sure to do your homework and make up your own mind before using this (and any other) product.

As always, only purchase from reputable companies. If in doubt, you can always just use raw grapefruit seeds, which, as some of the studies below demonstrate, exhibit antimicrobial activity in their own right.

Anti-Bacterial Grapefruit seeds exhibit remarkable antibacterial activity, without harming beneficial bacteria or causing other unwanted side effects. In fact, one study even demonstrated that grapefruit seed extract can benefit the microbiome, calming digestive disturbances like diarrhea, flatulence, and abdominal discomfort in the process.[1] Research has shown grape seeds to be especially effective in the treatment of bacterial UTI’s (urinary tract infections).[2]

Anti-Viral. Conventional allopathic treatments for viral infections are even scarcer and less effective than those for bacterial infections. But grapefruit seed extract has been proven effective against a wide range of viruses, including some supposedly incurable ones like Herpes simplex, influenza, and measles.[3]

Anti-Fungi. A wealth of studies have shown that grapefruit seeds combat fungal infection by controlling the level of yeast in the body. They can be used as a successful treatment for Candida,[4] athlete’s foot and toenail fungus,[5] and even rare and serious fungal conditions like Histoplasmosis (a flu-like illness that’s often confused with tuberculosis).

Other antimicrobial uses of grapefruit seed extract include:

A few more guidelines for getting started

Start off with the low end of dosage recommendations (generally a single drop) and see how your body responds (or use grapefruit seeds instead).

Large doses of grapefruit seed extract, taken over extended periods of time, can begin to disrupt beneficial bacteria colonies, so use with care if you’re taking more than a recommended dosage on a daily basis (large doses taken for only a handful of days to treat acute infection are safe—and certainly safer than prescription antibiotics). Treat grapefruit seeds with the same respect offered to prescription drugs and other powerful medicines. Again, if you’re worried, just stick with raw grapefruit seeds.