Endocrine-Disrupting Poisons in Your Drinking Water?

written by Ryan Greendyk
Facebook0Tweet0Pin0
You are here: Home / Body / Endocrine-Disrupting Poisons in Your Drinking Water? 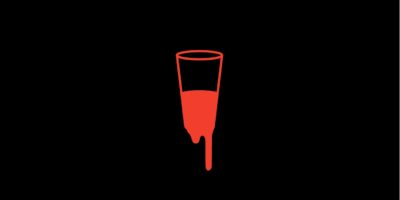 Potable drinking water is a luxury that we often take for granted. The convenience of simply turning on a faucet whenever we’re thirsty is something for which we should be immensely grateful. But, while our drinking water may be “potable,” it’s anything but pure.

Sadly, municipal tap water is filled with all sorts of contaminants—including some chemicals that are intentionally added and not acknowledged as poisons, such as fluoride and chlorine.

As we’ve covered in past articles, both fluoride and chlorine pose numerous serious risks to your health, including cognitive dysfunction, behavioral and mood disorders, hormone disruption, reproductive issues, heart problems, and immune system suppression that can lead to an increased risk of disease and illness.

Thus, it’s essential to consume and to shower in purified water—especially because fluoride and chlorine may be the least of your worries.

New chemicals on the block

As though public water fluoridation and chlorination aren’t bad enough, the EPA is also discovering progressively more worrisome contaminants in our water supply. Among the worst of all are perfluorinated compounds (PFC’s), the tremendously potent endocrine disruptors made famous by their use in non-stick cookware.

In 2013, the EPA began a testing program that has detected “elevated levels” of two different PFC’s in 52 different water supply systems across 19 states (and two Pacific island territories). They reported that only one sample appeared to be above safe levels, but stated that affected areas will continue to be monitored.

This all sounds well and good—an upstanding regulatory agency protecting the populace and reporting a low level of water contamination. But there’s excellent reason to believe that they’re not exercising nearly enough caution.

Some frightening food for thought: PFC’s are so toxic that the EPA considers any more than the equivalent of one drop in twenty Olympic swimming pools unsafe for human consumption.

And a flurry of new research is now suggesting that the real safe level of PFC’s in drinking water could be up to 70 times lower than the EPA’s current standard.[1] This means that a considerably larger number of those water samples with “elevated” levels of PFC’s should be considered unsafe.

The EPA has even acknowledged this issue, and has in some cases released announcements urging residents of certain areas not to drink their tap water without purifying it. The process of setting new safety standards is a long and bureaucratic one, though—the EPA warns that their official, “enforceable” policy will not reflect current research until at least 2019.

The Center for Disease Control (CDC) reports that PFC’s can be found in the blood of nearly all Americans, and that they can be passed from mothers to unborn children.

And here’s the worst part: DuPont and 3M, the two major manufacturers of PFC’s for industrial and commercial use, knew about these dangers from the very beginning. These companies covered up decades of meticulous, internal research demonstrating not only that PFC’s are toxic to mammals, but also that they easily accumulate in the body and the environment (and are not at all biodegradable).

This smacks of Monsanto’s glyphosate research cover-up, but unlike glyphosate, at least PFC’s are publicly acknowledged as toxins. Acknowledgment is only part of the battle, though—because of the prevalence of PFC’s in our environment, we must take personal responsibility for protecting ourselves from their damaging effects.

Don’t be a statistic

An independent organization called the Environmental Working Group took it upon themselves to analyze the EPA data cited above, so that they could report the true magnitude of unsafe PFC water contamination (based on the “unofficial” safety standard that the EPA calls “unenforceable”).

While they stress that their data is not comprehensive, the sampling is still widespread enough to be worthy of concern—according to their tests, up to 5.2 million people in America could be consuming tap water with dangerously toxic levels of PFC’s (possibly more, because their data set doesn’t include individuals who drink water from private wells or smaller municipal systems).[3]

Ensuring that you’re not one of these individuals is easy enough: always drink (and shower in) purified water. Not bottled water (which can be even more contaminated than tap water), but water that’s been run through a high-quality filtration system. Natural spring water is ideal, if you can access it.

If you really want to be meticulous about eliminating PFC’s from your life, you’ll also need to avoid non-stick pans, wrinkle-free, water-repellant, and stain-repellant clothing, fire-retardant furniture, and microwave popcorn. But even just drinking purified water all the time is a huge step toward ridding your life of these invasive industrial poisons.