Combine Superfoods to Make them EVEN MORE Healing

written by Ryan Greendyk
Facebook0Tweet0Pin0
You are here: Home / Body / Combine Superfoods to Make them EVEN MORE Healing 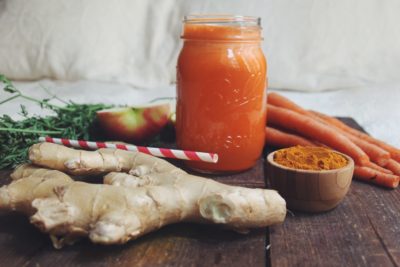 “Superfoods” have been the object of both admiration and criticism in recent years.

Some health experts claim that “superfood” is merely a label that allows product manufacturers to charge a significantly higher price. They argue that in many cases, superfoods aren’t actually any more healing or nutritionally rich than some of our more run-of-the-mill dietary choices—we’re just willing to be enchanted by (and pay the higher price for) a healing food that’s been shipped in from a far-flung locale.

At Natural Mentor, we like to look at Superfoods more closely… Some superfoods probably aren’t worth their exorbitant price (and they can probably be nutritionally replaced by a much cheaper, more readily available food)—but some superfoods really deserve their title, and we should be grateful that they’ve been made more accessible. On the flip side, we shouldn’t let the sparkly marketing façade of superfoods distract us from the “normal” foods that are every bit as healing as those officially dubbed “superfoods.”

Superfoods that Live Up to their Reputation

As we mentioned above, some superfoods really live up to their name. For example, raw cacao is absolutely unparalleled—it’s arguably one of the most healing foods on the planet, and is certainly one of the most powerful antioxidants known to man. It contains over 300 compounds that rejuvenate the body on every level.

But the best raw cacao still comes from Ecuador and other jungle regions with a suitable growing climate. Raw cacao might seem like a bit of an exotic luxury, but it’s actually an irreplaceable healing food that’s well worth the cost.

Coconut oil is another prime example—it has a seemingly interminable list of healing benefits, and it simply must be imported from tropical regions.

Then there’s the superfoods with far-flung origins and “ancient” claims to fame that have over time become integrated into society as “normal” foods. Turmeric is the obvious example. It boasts one of the most impressive list of healing benefits that scientific researchers have ever seen—studies attest to its ability to treat or prevent Alzheimer’s, high cholesterol, eye diseases, depression, heart attacks, strokes, inflammatory conditions, diabetes, epilepsy,[1] AIDS,[2] and more.

Turmeric root is native to India, but because it’s become a staple spice in the Western world, it’s now grown domestically (you can even grow it in your own garden) and is readily available at a reasonable price.

And finally, there’s the foods that are known to nearly everyone as “normal” foods, but are actually superfoods in disguise. Cloves and ginger are powerful cancer fighters, cinnamon and garlic are full-spectrum natural antibiotics, and coriander heals everything from diabetes to infections to skin conditions. Blueberries and blackberries might not be quite as high in antioxidants as acai berries (a popular superfood that’s notoriously difficult to import in raw form), but they’re far less expensive, and research suggests that they hold their nutrient quality far better than imported acai berries.

We often talk about healing foods in isolation. This is the way we’ve been trained to think about “medicine” in the Western world—one solution for one health problem.

But food transcends this limited way of thinking, which is one of the many reasons it can provide such sophisticated and holistic healing. Healing foods work even more powerfully when synergized—superfood blends end up being greater than the sum of their parts.

Combining healing foods also allows you to use “superfoods” to unlock and boost the healing potential of “normal” foods (many of which, as we’ve already mentioned, are immensely healing in their own right).

For example, turmeric (perhaps one of the biggest superstars in the superfood world) combines excellently with ginger and carrots. As discussed above, ginger is a cancer-fighting powerhouse, and carrots have been shown to heal heart disease,[3] stomach issues,[4] eye problems,[5] and more.

Sauté this trio in coconut oil, include any of the healing spices discussed above, add some Himalayan salt, and you’ll have one seriously healing dish. And if you’re on the go, just throw all these ingredients in a blender to make a powerfully healing smoothie (add some apple if you need it a bit sweeter).

Another good example of this is tomatoes and olive oil. Around 98% of the antioxidant flavonols in tomatoes is found in the tomato skin, along with great amounts of carotenoids like beta carotene and lycopene. So the first thing you need to do is keep the skin on your tomatoes. The next thing you need to do is to ensure you eat or cook them with a healthy oil such as olive oil.  That’s because carotenoids are fat soluble. That means your body absorbs more of in the presence of a little fat or oil. If you cook your tomatoes rather than eating them raw the lycopene content increases by 5-6 times.

Another good combination is green tea and lemon. The vitamin C in the lemon can boost your body’s ability to absorb the antioxidant catechins that are so abundant in green tea.