9 Sneaky Toxin Sources You Should Avoid Like the Plague

written by Ryan Greendyk
Facebook0Tweet0Pin0
You are here: Home / Body / 9 Sneaky Toxin Sources You Should Avoid Like the Plague 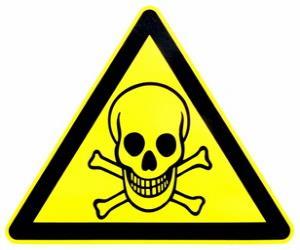 Wouldn’t it be wonderful to live in a world free of manmade toxins? A world in which clean water, pure air, and optimal health is more important than profit margins and short-term schemes?

A world in which everyone holds themselves to the same high standard of accountability? A world in which you can trust that you’re not constantly surrounded by hidden sources of toxins?

I’d like to think we’re on our way there. Unfortunately, though, that’s just not the way things are at present.

Staying healthy is a full-time job these days—mostly because we always have to be on the lookout for unwitting toxin sources.

Personal care, diet, and fitness obviously play an essential role, but even if you’re playing all your cards right, your health can still suffer considerably because of environmental toxins.

Below, you’ll find a list of unexpected toxin sources to avoid at all costs.

Don’t be overwhelmed; just take action, one step at a time. Start by removing just one toxin source from your life, and build up from there. This process should be empowering, not paranoia-inducing.

Let’s start with the basics…

Processed foods. It’s hard to take three steps in a grocery store without bumping into processed foods. Any product that is even a single step removed from its natural form should be considered processed.

Processed foods are designed to be overstimulating and addictive.[1] Creating such “designer junk foods” destroys nearly all the nutrients its ingredients may have contained. Synthetic vitamins and nutrients are sometimes added after the fact, but these are a poor replacement at best, and toxic at worst.

And to top things off, processed foods are filled with destructive substances like high-fructose corn syrup,[2] preservatives, colorants, artificial flavors, and texturants.

Many chemicals like this that have been deemed “safe” by the FDA in the past were later found to have deleterious effects on the body. The FDA will only ever investigate chemicals that they believe pose a serious danger—so just know that you’re rolling the dice by consuming any of them.

Non-organic produce. Organic products have been all the rage for years now, but because of the high price that they command, it can be tempting to justify the purchase of more affordable, non-organic food.

How bad could it possibly be?

Evidence is mounting that the pesticides and other various chemicals that are sprayed on conventional produce are adversely toxic. A widely published study claiming that there is little difference in the healthfulness and safety of organic and non-organic produce is now being harshly criticized and overturned.[3]

And don’t think that you can just wash off these noxious chemicals either—many of them are absorbed by the plant’s internal structures. In the case of GMO foods, toxicity is incorporated into the plant at a genetic level.

Unwashed produce. Even some organic produce is contaminated with pesticides and other toxic chemicals, so be sure to wash everything before eating it.

The most effective method is to submerge your produce completely in room temperature water, and then lightly scrub each item.

This probably isn’t anything you haven’t heard before.

If you’re already avoiding non-organic and processed food, excellent. Here’s some dietary toxin sources with which you may be less familiar, though…

Mycotoxins in wheat and corn. Here’s a shocking statistic of which very few people are aware: a large percentage of the grains available in the U.S. has been exposed to toxic mold (because it’s nearly always stored in commercial silos for long periods of time).[4]

When wheat and corn is exposed to mold, dangerous byproducts called mycotoxins are developed. Even though cooking will normally destroy any mold that’s present, the mycotoxins will remain intact.

Mycotoxins sap your energy, suppress the immune system, interfere with nutrient absorption, and disrupt metabolic and hormonal functioning in the body.[5]

While reducing (or even eliminating) your consumption of wheat and corn can be a difficult task, it’s really the only surefire way to protect yourself from mycotoxins.

And in case you still need some convincing, there’s a whole host of other reasons why you should banish wheat from your diet.

Damaged fats. Fats have gotten a bad rap in the past. Recent dietary fads (like the Paleo Diet) are starting to get the right idea, though—that the right kind of fat is incredibly healthful.

While whole books could be (and have been) written on this subject, here’s the basic gist that you should keep in mind: a fat becomes toxic when it is unstable, and thus becomes damaged and oxidized by the heat of cooking. The fats that are prone to this damage are called unsaturated.

The unsaturated fats that you’ll want to avoid (usually in the form of cooking oils) are as follows: corn oil (which can also contain mycotoxins, as explained above), canola oil, sesame oil, and anything else generically labeled as “vegetable oil.”

And then there’s the myriad of toxin sources that surround us within our own homes. Here’s some of the biggest offenders, as well as some suggestions for how to neutralize them…

Plasticware. By now, you’re probably aware of the pitfalls of plastic.Even plastic products that are marketed as “non-toxic” are a gamble. Plastic contains many other chemicals besides those that are now considered toxic. Just because a company labels a given chemical as “non-toxic,” it doesn’t mean that future research won’t reveal the contrary.

So play it safe, and use as few plastic products as possible.

If you can’t eliminate plastic entirely, at least minimize your risk by not heating or freezing any plasticware (which accelerates the process of chemical leaching).

Never put plasticware in the dishwasher. Doing so will leach all those nasty chemicals and then redeposit them on all your other dishes!

Furniture. A staggering percentage of mattresses, couches, and pillows contain flame retardants that have been shown to cause cancer and birth defects.[6]

High levels of these ridiculously toxic chemicals have been detected in people’s blood, which confirms that they easily enter the body when our skin is in contact with these household items, and even when we breathe the dust in our houses.

The process of “detoxifying” your house by replacing all your toxic furniture is certainly a daunting (and expensive) one. Just be aware of these dangers, and take one step at a time to clear your living space.

Start small: at least replace your pillows, then tackle the larger, more expensive pieces of furniture when it’s possible to do so. Isn’t your health worth the time and the cost?

Cleaning supplies. Taking one whiff of most cleaning supplies on the market is enough to confirm that they’re full of toxins. After years of coating our counters and tables, washing our clothes, and “freshening” the air in our house, these toxins accumulate to very dangerous levels.

And don’t believe everything you hear about “green cleaning products” either. Some of the top eco-products on the market still contain chemicals with demonstrable adverse effects.[7]

Even seemingly inoffensive dryer sheets are bad news. Nearly all of them contain a whole host of terrible chemicals that cause burning skin, respiratory irritation, anxiety attacks, and irritability—like formaldehyde and chloroform, just to name a few that you’ve probably heard of.[8]

So always do your homework before purchasing any cleaning product. Better yet, read this article to learn how to make your own (it’s easy, I promise).

Creating your own sanctuary

Avoiding these toxin sources will have a huge effect on your health.

We may live in a toxin-laden world, but we shouldn’t just sit back and let ourselves be bombarded. Awareness is always the first step. Let the information that’s been presented sink in, and then start to take measures to protect yourself, bit by bit.