7 Reasons to Add Oregano to Your Life

written by Ryan
Facebook0Tweet0Pin0
You are here: Home / Featured / 7 Reasons to Add Oregano to Your Life 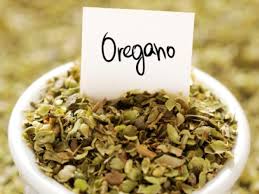 Oregano is one of the most underestimated herbs. It’s certainly a great flavor-enhancer for pizza sauce, but it’s also so much more.

It’s a veritable panacea that’s been right under our noses all along.

Here’s a sampling of its benefits and virtues. Hopefully, it will convince you that oregano should occupy a prominent placement in your kitchen and medicine cabinet alike.

1. It’s packed with vitamins. Ingesting it on a regular basis (in its raw form or as a spice) helps support neither every aspect of your body’s functioning. Just remember that oregano oil is only intended for short-term use (7-10 days for instances where acute treatment is required).

2. It’s the heavyweight champion of antioxidants. Oregano has an oxygen radical absorbance capacity (ORAC) of 175,295—which makes it one of the most powerful free radical fighters out there.

To give you a means of comparison, blueberries—often referred to as an antioxidant powerhouse—have an ORAC of 9,621.

By preventing the proliferation of free radicals, high-ORAC antioxidants optimize the body’s functioning, inhibit the spread the disease, and slow the aging process.

This healing spice boosts the body’s defenses against a myriad of ailments, including colds and flus, cold sores and other viral infections, and food-borne illnesses.

It’s even been shown to stop cancer in its tracks.[1]

5. It’s powerfully antifungal and antibacterial. Oregano contains two phytochemicals known as carvacol and thymol, both of which are impressive antimicrobials. They have been clinically shown to kill a variety of bad bugs, ranging from food-borne pathogens to MRSA, the antibiotic-resistant super-bacterium.

It packs a particularly strong punch against respiratory infections. One study even demonstrated that a spray containing oregano oil immediately alleviated respiratory symptoms with remarkable consistency.

UTI’s (urinary tract infections) and yeast infections may be successfully treated with oregano, because it inhibits the growth of E. Coli, Proteus, and Pseudomonas aeruginosa. Similarly, soaking your feet in an oregano-oil-infused water (try 2-3 teaspoons of oil) works wonders for athlete’s foot or nail fungus.

Oregano not only delivers a whopping dose of nutrients and neutralizes free radicals, but also encourages the excretion of collected toxins through sweat.

And last, but certainly not least…

7. It’s a deliciously versatile cooking spice. Aside from its usual applications in Italian-style cooking, oregano is also a healthful and flavorful addition to all sorts of dishes—including salads, salad dressings, veggies, potatoes, and eggs.

It makes a great seasoning, as well. And here’s an added bonus: researchers found that meat seasoned with oregano before being cooked contained 71% less malondialdehyde (a marker for oxidation, which signals the formation of free radicals).[2]

All in all, oregano is a perfect example of the profound healing potential that lies in many common household ingredients. Being aware of the natural world’s curative offerings allows us to take health and healing into our own hands!

Where to get the Best Oregano Oil Available

We recommend Oregano Oil Concentrate from Global Healing Center: This is a super potent form of oregano oil, which kills parasites, viruses, bacteria and even superbugs!