7 Common Chemicals That Are Messing With Your Hormones and Health

written by Ryan
Facebook0Tweet0Pin0
You are here: Home / Body / 7 Common Chemicals That Are Messing With Your Hormones and Health 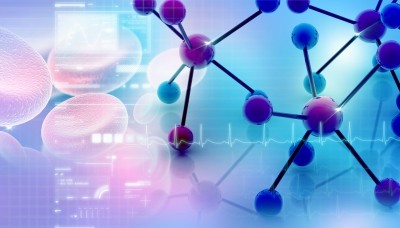 The amount of highly toxic chemicals with which our society is saturated is almost inconceivable.

It’s hard to understand why we would actively choose to pump our environment full of health-destroying poisons. And ignorance can no longer be blamed—the writing is on the wall.

But, since this is the kind of world in which we live, our only choice is to educate ourselves, to leverage this knowledge so that we can live healthy lives, and to spread the word—so that we can begin to change the way things are done.

The following list outlines seven of the most noxious and ubiquitous endocrine disruptors in industrial society, as well as ways to avoid them.

As you’ll see, hormone issues are just the tip of the iceberg. In fact, these chemicals are linked in some way to nearly every major health problem our society faces—so you would do well to heed the suggestions that are provided.

Glycol ethers are present in many paints, cleaning products, brake fluid and other car parts, and even cosmetics. Studies have linked them in a wide array of health issues, including infertility, birth defects, various cancers, blood abnormalities, lowered sperm count, asthma, and allergies.

Always do your homework and read labels before purchasing cleaning products and cosmetics. Some “green products” actually still contain toxic substances, despite their convincing labels.

To play it safe, learn to make your own non-toxic cleaning products. It’s way easier than you think!

Organophosphate pesticides are some of the most common pesticides in use today. Many studies have demonstrated that they adversely affect brain function, fertility, testerone levels, and thyroid function. This should come as no big surprise, given that they were originally developed for use by the Nazis as neurotoxic chemical warfare agents.

That’s right: we use chemical warfare agents on our conventional crops. Don’t believe the claims that these chemicals affect the nervous systems of insects but not those of humans.

Instead, just be sure to buy organic, non-GMO produce, or grow your own if possible!

Atrazine is another widely used chemical in industrial agriculture (it’s used as an herbicide on corn crops). Its effects on hormones are so detrimental that it can turn male frogs into egg-producing females! And here’s the worst part: it’s a pervasive drinking water contaminant, and therefore quite difficult to avoid (unless you take the proper precautions).

First and foremost, get yourself a high-quality water filter that certifiably removes atrazine. And don’t think you’re safe with bottled water: some brands contain atrazine and other pollutants.

Steer clear of conventional corn (even some organic corn is treated with herbicide, so be careful). Remember that even organic corn can contain mycotoxins, so make sure you know your source (or just limit your consumption of corn).

Dioxin is a poisonous industrial byproduct that’s gotten a lot more press, so you may have heard of it. There’s plenty of propaganda out there that’s designed to downplay its toxicity, though, so you may not be as familiar with its negative effects: decreased sperm count and sperm quality, infertility, severe immune suppression (with the potential for auto-immune disease), and cancer.

Dioxin sticks around and accumulates in the body for a very long time, so it’s best to avoid it to begin with. While it’s very difficult to remove completely from your life, eating fewer animal products will help considerably (because meat, fish, eggs, and butter are most likely to be contaminated).

And because you may already have an accumulation of dioxin in your body, consider practicing a detoxification regimen on a regular basis.

Flame retardants contain nasty chemicals called polybrominated diphenyl ethers (PBDE’s), which adversely affect hormonal and cognitive function. And they seem to have contaminated pretty much the entire planet—one study even found significant levels of the chemical in women’s breast milk.

The use of some PBDE’s has been discontinued, but they’ll continue to persist in the environment for decades (and thus continue to contaminate animals and people). Furthermore, equally toxic flame retardants are still used in couches, bedding, mattresses, draperies, carpets, and other seemingly harmless household items and furniture.

Consider replacing your toxic furniture, and at the very least, install a HEPA air filter in your house.

Here’s the first rule of thumb when it comes to avoiding pthalates: try to stay away from plastic. Food containers, children’s toys, and plastic wrap with a #3 recycling label are all offenders.

Many plastic products claim to be safe, but remember that it’s always a good idea to avoid plastics whenever possible. Even if something is labeled as “BPA-free” or “phthalate-free,” it still could contain all sorts of nasty chemicals that manufacturers are not yet required to tell you about (or that we haven’t yet learned are dangerous). Better safe than sorry!

Perchlorate is a rocket fuel additive that also just happens to be in most of our milk and produce, according to collected data from the Environmental Working Group.

In case you still need to be convinced of its toxicity after hearing that it’s a component of rocket fuel, here it goes: perchlorate disallows proper absorption of iodine by competing with it. Iodine defeciency leads to thyroid dysfunction, which is linked to staggering number of diseases and health conditions.

Because many people are already defecient in iodine, the presence of this toxin in our environment makes it even more important to supplement with iodine (sea kelp is one of the best sources).

Using a high-quality water filter will help remove perchlorate, so that your body can more easily assimilate the iodine with which you provide it.

In the liver, glutathione binds to toxins before they’re excreted, which is an important step in getting them out of your body

Glutathione is critical for detoxification in the liver (you know, the thing that actually helps you detoxify, unlike weird footpads and lemon juice cleanses). In the liver, glutathione binds to toxins before they’re excreted, which is an important step in getting them out of your body.

Glutathione is also be very important for helping your body get rid of toxins in your food and environment. For example, one study found that in people who eat a lot of fish, the total amount of mercury the people retained in their bodies was related to genes regulating glutathione synthesis. The more glutathione people made, the less mercury they retained.

>>>Korfactor Liposomal Glutathione is the most absorbable and highest quality that we have found.