5 Reasons Why Sitting Is Slowly Killing You

written by Ryan Greendyk
Facebook0Tweet0Pin0
You are here: Home / Body / 5 Reasons Why Sitting Is Slowly Killing You 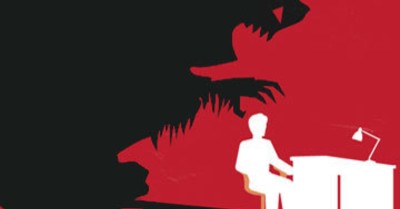 You may have heard that sitting is the new smoking.

As surprising as this claim may sound, it’s becoming harder and harder to ignore the evidence. Study after study seems to suggest that we’re just not built for sitting around as often as we do.

And often is an understatement. The average American adults spends 9.3 hours sitting (or otherwise engaged in sedentary behavior).[1]

The negative effects of sitting this much on can’t even be counteracted by daily strenuous exercise.

What you really need to do is redesign your daily living routines, so that they include lots of standing, walking, and squatting, as well as movement and stretching breaks.

Just keep in mind that, for optimal health, all of these micro-activities need to be performed in addition to a strenuous daily workout—not in lieu of it.

>> Secrets to a Pain Free Life Without Going Under the Knife

Why is Sitting So Bad for You?

Let’s take a look at some of the reasons why sitting is so terrible for you, in case you need some more convincing.

It makes your metabolism slow to a crawl. Almost immediately after you sit down, your body’s metabolism slows down considerably leading  to weight gain and slow metabolism.

Over time, metabolism inhibition can foster a state of systemic sluggishness and accelerate aging. Caloric consumption is also decreased by 70% (compared to walking), which also serves as a barrier to optimal health and peak performance.

It increases LDL. With a sedentary metabolism comes a decrease in an enzyme called lipoprotein lipase, which allows muscle to uptake fat, and thus decreases the total amount of fat in the bloodstream.[2]

Combine this with the worrying fact that sedentary activity causes rapid degradation of skeletal muscle, and you have a recipe for dangerously high cholesterol.

While there’s still some debate in the medical community, it seems to be a lack of physical activity—not sitting itself—that’s the issue. The negative effects of sedentary behavior are made even worse by its common association with other unhealthy habits, like eating junk food.

That being said, a long-term study that factored in fitness level found a much weaker correlation between sitting and insulin resistance.[3] Essentially, individuals who are very physically active are less likely to develop insulin resistance, despite some sedentary behavior.

Don’t take this as an excuse to log more hours in front of the TV, though. Another study demonstrated that just 5 days of complete “rest” caused the onset of insulin resistance.[4]

It takes an awful lot of exercise to neutralize a day in the office anyway, and your overall health will still be much better off if you punctuate your day with movement rituals (and then also fit in a strenuous workout).

It raises your risk of cancer. You can get cancer just by sitting around? Unfortunately, a number of studies suggest that the answer is a resounding yes.

Here’s the worst part: unlike sitting-induced insulin resistance—which seems like it can be counteracted with sufficient exercise—cancer seems to be linked to sitting regardless of how physically active you are.

The key factor that raised the risk for cancer was the total amount of time spent sitting on a daily basis (particularly with colon cancer and endometrial cancer). The more hours a person spends sitting, the higher risk they have for cancer—and no amount of exercise changes that correlation.

And by the way, we’re not talking about a measly percentage increase in risk. A study published in the Journal of the National Cancer Institute claims that sitting and sedentary behavior increases the risk of various cancers by up to 66%.[5]

It’s terrible for your back. I figured I’d save the most obvious point for last. Anyone who’s spent most of their day sitting over a long period of time (and for those with a day job, that’s basically the norm) can attest to the back problems that it causes.

Some people get off easy with low-grade stiffness or soreness, and others suffer intolerable levels of pain. Anyway you cut it, sitting leads to terrible posture and dangerous spinal compression.

The muscles in our lower backs literally have to contract in an attempt to deal with the unnatural posture that sitting forces upon us.

This accumulating muscle tension and compression persists as pain and stiffness even after we stand up…and the longer we sit, the more the tension worsens.

Although your daily work life may obligate you to lengthy period of sitting, it should be obvious that it’s worth it to attenuate its effects however you can.

Take at least a bit of time to stand, move, stretch, and walk every hour. Reduce your sedentary activity outside of work (or at least move in some way every hour). And if possible, explore alternatives like standing desks and medicine ball chairs.

Click Here to check out this program from Board Certified Doctor of Physical Therapy Chad Walding.  He has spent the last several years developing ways to avoid this hidden threat!

Chad’s SINGLE FOCUS has been giving countless patients lasting relief from devastating chronic pain and now he has agreed to share it all with you.