You’re Being Poisoned By Your Dental Fillings

written by Ryan
Facebook0Tweet0Pin0
You are here: Home / Body / You’re Being Poisoned By Your Dental Fillings 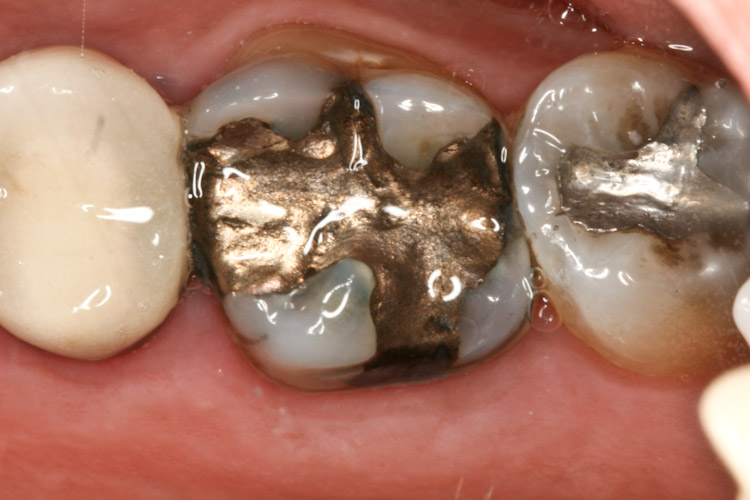 It’s fashionable to look upon the “progress of science” with giddy awe. Medical science in particular is viewed as a series of miraculous advancements that overtake one another at a blistering pace—techno-optimists often speak as though, within 50 years, we’ll be able to live forever.

The truth is that we’re going to have a harder and harder time just making it through a normal lifespan if we don’t get rid of some of the dangerous and antiquated medical practices that are still considered safe and sane.

Dentistry is riddled with examples of these dangers—the most prominent of which being the use of mercury amalgam fillings.

There’s so much evidence against the deleterious health effects of mercury fillings that the issue has been covered by mainstream news outlets. Even the World Health Organization recommended in a 2011 report that the use of dental amalgams be phased out.[1]

Nevertheless, both the FDA and the ADA (American Dental Association) refuse to condemn the use of mercury fillings—and in many cases, both organizations have even gone out of their way to silence any criticism leveled against this accepted dental practice.

Their actions shouldn’t be taken as any sign that the dangers of mercury can be shrugged off. All the data points to the same conclusion: the use of mercury in dental procedures is highly toxic to the human body and the environment.

Mercury has disastrous consequences for the brain, body, and planet

Mercury is a highly toxic substance that easily passes through the blood-brain barrier and thereafter causes considerable damage to the brain and nervous system. It’s been linked to severe immune dysfunction (and thus to chronic illness), allergies, psychological disorders, and cognitive diseases.[2]

Mercury is the most toxic of all heavy metals—and a single dental filling contains more than a million times more mercury than contaminated seafood.

Some studies even suggest that mercury contamination could be a leading factor in the development of Alzheimer’s and Parkinson’s.[3]

Mercury slowly contaminates the body and brain, strangling its ability to produce energy and excrete toxins. Even the tiniest bit in the bloodstream triggers massive oxidative stress and subsequent inflammation—the condition often referred to as the root of all illness.

And here’s the worst part: contrary to what the mainstream dental industry reports, the mercury in dental fillings doesn’t remain safely tucked away. Rather, mercury vapors are released every single time the filling is stimulated in any way (by chewing, exposure to food or liquid, etc.)

Watch this Video by David Kennedy DDS that shows mercury vapors leaking off a
mercury filling from a 25 year old extracted filling!

Meanwhile, all the mercury used in dentists’ offices make their way into the environment, as well. In fact, dentists’ offices are the second most prominent source of mercury pollution (second only to coal plants). Mercury wreaks havoc on natural ecosystems, and has been linked with severe water pollution and declining numbers in various plant and animal species.

Dental researchers have developed resin-based alternatives that are dramatically safer for both you and the planet. But the ADA chooses to cling stubbornly to the use of mercury fillings—denying all the while that they pose any danger—because they’re cheap and highly profitable.

As usual, we can’t count on the powers that be to put health over profit…so we have to learn to take matters into our own hands (or mouths, as the case may be).

What you can do to protect yourself

First and foremost, if you don’t already have mercury fillings, don’t get them. Luckily, mercury-free dentistry is catching on quickly, so you shouldn’t have any problem finding a practitioner who can implement safer alternatives.

If you have mercury fillings, consider having them removed whenever possible. Studies demonstrate that both the number of fillings and the duration for which they stay in your mouth both significantly affect the risk of adverse reactions. In other words, it’s never too late to get those neurotoxic fillings out of your mouth.

Those who practice mercury-free dentistry are often called biological dentists. Make sure to visit this kind of practitioner for the removal process, as non-biological dentists often perform the procedure in ways that pose as many dangers as the amalgams themselves.

A good biological dentist will recommend that you get your immune system in tip-top shape before the procedure (so that any mercury that makes its way into your system during the removal will be dealt with in swift fashion by your body’s detoxification mechanisms). Also ensure that your dentist employs other means of minimizing mercury exposure during the removal, such as air filters, cold water sprays, an alternative air source (so that you don’t inhale mercury vapors by breathing through your mouth), and a rubber dam (so that you don’t swallow any mercury or other toxins).

It’s clear that mercury amalgams and other foolish dental practices won’t be properly done away with by the FDA or the ADA any time soon, so it’s up to us to take a stand. If enough of us switch to mercury-free biological dentistry, these organizations will receive a strong message that the charade is over—and our bodies and will be burdened by one less destructive substance.