written by Ryan
Facebook0Tweet0Pin0
You are here: Home / Body / You’re Being Poisoned by Glyphosate…Even If You Eat Organic Foods 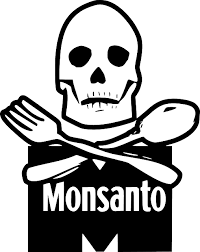 By now, you’re most likely familiar with glyphosate, the poison in best-selling pesticides that’s quickly making its way into every nook and cranny of our planet…including your body.

Last year, an organization called the Detox Project launched an initiative to discover just how widespread glyphosate contamination really is. They invited individuals to send in urine samples, and organized the first-ever comprehensive and validated glyphosate testing at the University of California San Francisco.

What they found was terrifying: 93% of all Americans who submitted samples tested positive for glyphosate. Those living in the west and mid-west had higher levels of contamination, and children showed the highest levels of all.

And it gets worse. The project was orchestrated in conjunction with the Organic Consumers Organization, which means it’s safe to assume that a good percentage of its participants regularly consume organic food products. And most people who would choose to participate in such a study are probably conscientious consumers anyways, regardless of whether or not they’re affiliated with this organization.

This means that even organic food isn’t safe from glyphosate. As we discussed in another article, testing of organic grains (especially from Montana, North Dakota, and Canada) found them to be nearly as high in glyphosate as conventional grains.

There’s many possible reasons for this contamination, each scarier than the last: some organic farmers still use glyphosate-containing pesticides in late season, and this practice isn’t even technically illegal according to the less-than-ideal standards of the USDA and EPA (in fact, in recent years, the EPA actually raised the allowable level of pesticides in food products).

And perhaps worst of all, some experts even believe that environmental glyphosate pollution has reached such a high level that organic crops are bound to be contaminated by rainwater and irrigation.

Are we sure that glyphosate is bad for you?

It’s worth noting that widespread glyphosate contamination is only worrisome to the degree that the chemical is actually bad for our bodies and our planet.

If you’re still skeptical about the evidence against glyphosate, though, know this: Experts around the around the world agree that glyphosate poses significant health risks. The World Health Organization considers it a “probable human carcinogen.” Monsanto’s own internal reports (which they went to considerable efforts to hide from the public) show that they’ve known about its toxicity from the very beginning.[1]

Independent research has linked glyphosate toxicity with a wide range of health conditions, including ADHD, birth defects,[2] Alzheimer’s disease and general cognitive decline,[3] autism,[4] celiac disease and other gastrointestinal issues,[5] chronic kidney disease,[6] depression, diabetes,[7] heart disease, liver disease, a wide range of cancers,[8] and many others. Researchers have even found a strong correlation between frequency of general illness and glyphosate blood levels.[9]

And those are just the conditions that have been specifically studied. The deeper they dig, the more researchers worry that glyphosate plays a role in nearly every major health issue of our time.

It’s no longer a matter of “proving” the risks of glyphosate—the task before us now is to make public policy reflect the established fact of its toxicity.

A flurry of anti-Monsanto movements and organizations are leading the charge, and many governments and regulatory bodies around the world are heeding the call. Its use is now banned or severely restricted in the Netherlands, Bermuda, and Sri Lanka, and banned for personal gardening use in France. Germany, Brazil, and Argentina are considering legislative bans, and more countries are gearing up to follow suit. The state of California is rolling out plans to label glyphosate-containing commercial products as carcinogens.

Meanwhile, Monsanto continues to deny vehemently that RoundUp poses any environmental or health risks. This denialism is particularly shocking given the recent release of 15,000 pages of Monsanto’s “sealed” documents, which display in great detail the results of the company’s own research into glyphosate. The files reveal decades of meticulous research demonstrating that glyphosate (even in ultra-low doses) causes cancers and dysfunctions of all kinds in mammals, voluminous studies showing that glyphosate does not biodegrade (and instead bio-accumulates very easily in nearly every kind of mammalian cell), and even incontrovertible evidence that Monsanto tried to dilute and falsify this data.

Sadly, this massive scandal shows that even overwhelming scientific evidence is not enough to remove poisons from commercial circulation. The hope is that Monsanto will one day be tried and brought to justice for their falsification of data and knowing endangerment of everyone on the planet.

In the meantime, though, it’s up to us to tell regulatory agencies that we won’t tolerate the use of RoundUp in our country anymore. Particular pressure needs to be applied to the EPA, which seems to be getting progressively deeper into the pocket of Monsanto—you can start by signing this petition put together by the Organic Consumers Organization.

Eliminating glyphosate from our food chain (and thus from our planetary ecosystem) is one of the most important and far-reaching actions we can take…and regulatory agencies aren’t going to get the job done unless we make our voices heard. Get involved—your health and the health of future generations depends on it!