Why You Should Think Twice about Root Canals

written by Ryan
Facebook0Tweet0Pin0
You are here: Home / Body / Why You Should Think Twice about Root Canals 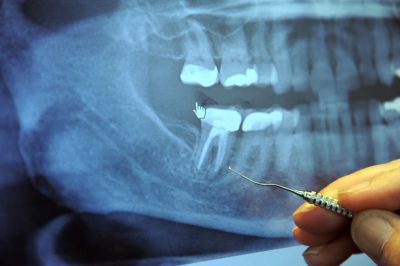 We’ve written in past articles about the health issues associated with common dental practices (though they should really be called malpractices). Both the FDA and ADA refuse to acknowledge any present dangers, and in many cases have even gone to great lengths to silence criticism—so you may not even be aware of how risky your dental visits can be.

For starters, even the routine use of fluoride during cleanings is questionable. Despite the debate over the safety of fluoride, the case is clear: over 100 studies demonstrate that fluoride is harmful to the brain. It has been shown to be an endocrine disruptor, and according to the EPA, it is “a chemical having substantial evidence of developmental neurotoxicity.”[1]

And the further we delve into dentistry, the worse things get.

For example, dental amalgams (fillings) often contain mercury, a disastrously toxic heavy metal linked with a wide array of serious health problems. In 2011, the World Health Organization acknowledged the issue by publishing a report called “Future Use of Materials for Dental Restoration,” with the stated purpose of exploring avenues for reducing or eliminating the use of mercury-based amalgams.[2]

Root canals are another common dental procedure—yet despite the widespread belief that they are a harmless procedure, an increasing body of evidence suggests that they carry grave risks.

Cadavers in the mouth

Root canals and their risks have been a topic of discussion for over 100 years—but it’s only recently coming back into public awareness after decades of suppression and willful ignorance. Most conventional dentists will still give you a funny look if you ask them if root canals carry systemic health risks.

This is a controversial topic, and admittedly, very few well-funded studies have been carried out to examine causal links between root canals and chronic health issues. But the evidence is worrisome, to say the least—have a look and make your own decision about whether root canals are a “harmless” practice.

Let’s start by stating a somewhat disturbing truth that’s often overlooked or downplayed: root canals are the only common medical procedure in which a dead part of the body is left attached.

If infection or decay reaches a critical level in a limb, that body part is removed, so as to prevent the infection from spreading throughout the body. But for some reason, we’ve convinced ourselves that the same logic doesn’t hold for a dead and decaying tooth.

For this reason, German physician and engineer Reinhard Voll referred to root canals as “cadavers in the mouth.” Dr. Voll called attention to the commonsense risks of root canals in the 1940’s—over thirty years since Dr. Weston Price sounded the original alarm.

Dr. Price was a prominent dentist and researcher who eventually headed the research branch of the American Dental Association. As early as 1908, he teamed up with the Mayo Clinic to research the health implications of bacterial buildup in root canals—and the results terrified him.

According to conventional dentistry, current methods for cleaning and filling the dead tooth during the root canal procedure are more than adequate for preventing the growth of bacteria. The perseverance of this belief is preposterous, given that Dr. Price disproved it over 100 years ago.

He cleaned 1,000 extracted teeth in precisely the manner implemented by dentists performing root canals (and by the way, these methods have barely changed today). He then sterilized the tooth canals with over forty different chemicals, nearly all of which were far stronger and more toxic than those suitable for human use. Nevertheless, after just 48 hours, he cultured the canals and found bacterial growth in 990 out of 1000 teeth.[3]

Modern day dentists try to clear out bacteria from root canals with strong courses of antibiotics—a practice that is both ineffective and irresponsible, as it breeds antibiotic-resistant bacteria and dysregulates the microbiome.

Even more disturbingly, Dr. Price theorized that this root canal bacterial growth is a risk factor for the development of heart disease and other serious chronic health issues. To test this hypothesis, he extracted root canal teeth from individuals who suffered from certain diseases and ailments.

As mentioned above, the ADA or any modern representative of conventional dentistry still continues to deny any link between root canals and chronic disease. However, a number of modern studies have demonstrated the proliferation of pathogenic bacteria in root canals,[5] while others have linked these specific bacterial strains to brain damage,[6] nervous system disorders,[7] septic infection,[8] and atherosclerosis.[9]

How to approach root canals

You should always do your due diligence and make your own decisions (after talking with your doctor or dentist) in matters of health and wellness. That being said, given the evidence cited above, the following recommendations seem advisable.

If you’ve never had a root canal and are told that you need one in the future, consider having the tooth extracted instead.

If you’ve already had one of more root canals, but aren’t exhibiting any symptoms that would lead you to worry about infection, have the tooth closely monitored anyway. Find a biological dentist who will be sympathetic to the project of identifying root canal infections and removing the tooth if necessary.

If you are suffering from any serious or chronic illness, and you have had a root canal, find a biological dentist immediately, and consider having the tooth extracted.