Radiation Effects from Fukushima (and how to protect yourself)

written by Ryan Greendyk
Facebook0Tweet0Pin0
You are here: Home / Body / Radiation Effects from Fukushima (and how to protect yourself) 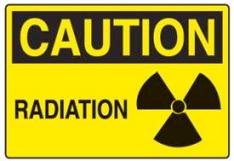 If you think that Fukushima and its radioactive fallout is a thing of the past, consider the words of Dr. Helen Caldicott, Nobel Peace Prize nominee and holder of 21 honorary doctorate degrees: Fukushima “is not over and will never end.”

Recent reports from the Fukushima melted down plant serve as a reminder that the 2011 incident is an ever-present disaster.

Recent reports from the Fukushima melted down plant serve as a reminder that the 2011 incident is an ever-present disaster. Workers at the plant have finally managed to take radiation readings inside the reactor (they literally had to invent new technology that could withstand its blazing intensity).

Radiation levels peaked at 530 Sieverts per hour, what experts call an “unimaginable” level of radiation, and one which doctors and researchers at Japan’s National Institute of Radiological Sciences say they never even thought about encountering.

While there’s a lot of alarmist misinformation floating around in the media, make no mistake: Fukushima is worthy of your concern.

A new report put out by Fairewinds Energy Education (FEE) warns that the incidence of thyroid cancers in the Fukushima Prefecture has been 230 times higher than normal since the plant’s triple core meltdown in 2011, and estimates that continuing fallout could lead to as many as one million more cancer cases in Japan alone.[1]

Many scientists believe that the danger is not limited to Japan. There are increasing signs that ocean wildlife is being contaminated,[2] the atmosphere is being polluted, and radiation is being carried across the Pacific Ocean to the west coast of the United States. Scientists have no idea whether any part of the world is truly safe.

Despite these warning signs, exceedingly few resources are being dedicated to studying the effects of Fukushima radiation, mostly because authorities would prefer to continue telling us there’s no problem.

Studies have confirmed, however, that plutonium from the fallout has reached Europe, and it’s safe to say that the radioactive isotopes have plenty of time to continue spreading around the planet. After all, the half-life of plutonium-239 is 24,200 years, and that of uranium-238 is 4,460,000 years (older than our planet, by most estimates).[3]

The notion that Fukushima can be entirely cleaned up is an illusion. Radiation is simply a danger we have to face, and against which we have to protect ourselves.

Radiation is simply a danger we have to face, and against which we have to protect ourselves.

Protective measures you should take now

Volumes could be written about the steps we should all be taking to minimize the health-destroying effects of ionizing radiation. Besides the obvious (not living within twenty miles of a nuclear reactor, minimizing air travel, X-rays, and CT scans, and steering clear of water and food contaminated by radioactive nucleotides), here’s a few dietary and lifestyle practices to consider.

Radioprotective foods. Unsurprisingly, the most important first step to radioprotection is to fill your diet with nutrient-dense, plant-based foods; antioxidants, anti-inflammatory nutrients, and immune-supporting compounds all play a tremendously helpful role.

The following foods have been shown to be particularly promising for scavenging radioactive nucelotides and protecting cells against the damage caused by radiation: amaranth (because of its high squalene content), miso,[4] mushrooms (in part because of its melanin content),[5] spirulina, chlorella, broccoli (especially the sprouts), and turmeric.[6]

Beware of nutrient deficiencies. Many radioactive elements are simply “destabilized” versions of common nutrients, and thus are readily absorbed by the body. If the body is not deficient in any of these nutrients, though, researchers believe that radioactive nucleotides are more likely to pass through the body instead of being absorbed (this phenomenon is known as selective reuptake).

The following nutrients are the most important ones for radioproection: iodine, calcium, vitamin B12, vitamin B6, folate, vitamin C, vitamin E, zinc, and iron).

Healing clay. As strange as it might sound, drinking 1-2 teaspoons of a special kind of clay in water can help keep your system clear of radioactive nucleotides and other toxins. While there are many types of healing clay, the simplest and most common is bentonite, which studies have shown to be effective at combatting microbes,[7] chelating heavy metals,[8] and preventing oxidative stress and DNA damage.[9]

Detoxification practices. Once the body’s detoxification fires are stoked by the foods and supplements mentioned above, working the right practices into your ongoing regimen can take things to the next level.

Consistent exercise keeps toxins moving (and it carries many obvious benefits besides protection against raditation).

Last but not least, cold water immersion (either in conjunction with a sauna session or on its own as a morning cold shower) will increase the body’s resistance to incoming toxins[12] and increase levels of glutathione (the body’s “master antioxidant”).