written by Ryan
Facebook0Tweet0Pin0
You are here: Home / Body / Why Turmeric Is One of the Most Healing Foods on the Planet (And How to Get the Most Out of It) 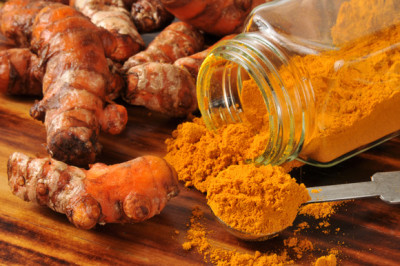 These days, health fads seem to change even faster than clothing styles. New products, programs, and miracle remedies are constantly popping up—each more hyped and inflated than the last—and fading back into obscurity just as quickly.

So it’s always nice to uncover those foods and products that are the real deal—the ones that have withstood the test of time and medical scrutiny, and that really are as healing as the hype implies.

The king of all healing foods that fit into this hallowed category just might be turmeric.

There have been thousands of studies conducted on turmeric (you read that number right), and researchers still can’t stop discovering more amazing, clinically-proven benefits.

And we’re not just talking about general, “it’s good for you, so just eat it” benefits. Its virtues are specific and targeted—studies have shown it to be just as effective as the leading pharmaceuticals used to treat many different conditions, including high cholesterol, eye diseases, depression, stroke and heart attack prevention, pain and other inflammatory afflictions, diabetes, and cancer.

New evidence even demonstrates that a newly discovered turmeric component called ar-turmerone can increase the production of brain stem cells by 50-80%. Researchers believe that it therefore confers profound neuroprotection against oxidative stress, and that it could be effectively used in the treatment of Alzheimer’s, dementia, depression, and other neurological diseases.

How can one little root do so much?

Most researchers agree that turmeric’s profound healing abilities can be traced to its powerful anti-inflammatory action. For a long time, the component curcumin was given all the credit for this activity, but it seems like turmeric has a lot of other tricks up its sleeve (like ar-turermone, the compound mentioned above).

Full-spectrum turmeric (as opposed to a curcumin extract) is especially effective because it operates by multiple mechanisms of anti-inflammatory action.

Most anti-inflammatory foods and substances operate in one of the following ways: they neutralize inflammation-causing free radicals in the body with a flood of antioxidants, or they stop the body from producing the chemicals that initiate inflammation in the first place (this is how aspirin and most over-the-counter pain medications works).

But turmeric combats inflammation through both of these mechanisms simultaneously. Its multi-pronged approach allows it to work wonders for aches, pains, and arthritis (by stopping inflammation at the source), while also strongly supporting the immune system with antioxidants.

And because nearly all diseases and ailments can be traced back to inflammation and oxidative stress…it seem like there’s almost nothing that turmeric can’t heal.