Turmeric Works on Every Level to Prevent the Spread of Cancer

written by Ryan Greendyk
Facebook0Tweet0Pin0
You are here: Home / Body / Turmeric Works on Every Level to Prevent the Spread of Cancer 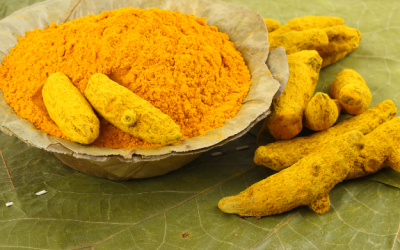 We’ve written at length about how turmeric is redefining the way we treat cancer. The more studies are conducted on it, the more sophisticated its anti-cancer mechanisms are revealed to be.

Researchers are continually shocked by the cancer-healing feats that turmeric is able to accomplish—some studies have even demonstrated that turmeric is more effective at treating cancer than chemotherapy, and all without the horrid side effects that come from chemo and other conventional treatment methods.

So how does it do it?

Let’s take a closer look at the ways in which turmeric literally halts cancer in its tracks by preventing metastasis (the spread of cancer to other organs or body systems), targeting existing tumors, and empowering the body to fight cancer more effectively.

Western medicine’s approach to cancer treatment is typically allopathic: target and kill cancer cells as “foreign agents.” Besides being only moderately effective, this kind of approach has other dangerous flaws.

Chemotherapy and radiation therapy indiscriminately destroy both cancerous cells and healthy cells…and dramatically suppress the immune system in the process. Furthermore, they fail to destroy cancer stem cells (CSC’s), the “mother” cells that control the growth and spread of cancer cell colonies. These CSC’s can then regenerate the destroyed tumors right when the immune system is at its point of greatest vulnerability.

Turmeric kills cancer cells too, but without any nasty side effects or immune suppression. And studies have shown that curcumin even kills cancer stem cells, the “mother” cells that control the growth and spread of cancer cell colonies. It’s for this reason that some experts believe that, if standardized as a treatment, turmeric could dramatically lower the recurrence rate of many types of cancers.

Addresses the root causes that allow cancer to flourish

Unlike conventional cancer treatment methods, which wreak havoc upon the body in their crusade against cancer cells, turmeric heals and nourishes the body.

The importance of keeping oxidative stress, inflammation, and endocrine imbalance at bay simply cannot be overstated. They are three of the primary risk factors for cancer and other diseases—and turmeric is one of the most powerful remedies on the planet for taking care of them simultaneously.

By dealing with all of these disease factors in one fell swoop, turmeric makes the body an inhospitable place for cancer cells and empowers the immune system to join in the fight.

Fights cancer on the (epi)genetic level

Turmeric even outsmarts cancer by advantageously changing the way certain genes express themselves in the body (the study of this alteration of genetic expression by an external stimulus is referred to as epigenetics). Here’s just a few of turmeric’s anti-cancer epigenetic benefits that researchers have discovered.

Parathyroid hormone related protein (PTHrp) inhibition. This protein is often secreted by tumors in order to over-calcify surrounding bones (a process that drastically increases the chances of the cancer spreading to the bones). Thus, by preventing this process, turmeric can slow or even halt the spread of cancer.

Aurora-A reduced expression levels. The “overexpression” of this protein has been linked with increased cancer metastasis, especially in breast cancer cells. After being treated with curcumin, cancer cells demonstrate reduced levels of Aurora-A, which stops them from proliferating (a process known as cell cycle arrest).

Matrix metalloproteineses downregulation. In order to flourish, cancer cells need to be supported by the development of new blood vessels (this process is called angiogenesis). This protein has been linked with angiogenesis in malignant tumors, and thus its “downregulation” (which simply amounts to less of the protein being present) makes it much more difficult for cancer to spread.

NF-kB signaling pathway activation inhibition. Signaling pathways are systems by which cells communicate with one another. They do so by activating specific genes, and in the case of NF-kB, genes are activated that can lead to the uncontrolled growth of cancer. By inhibiting this pathway, turmeric helps the body keep cancer in check.

In essence, turmeric brings the body into balance.

The information presented above barely scratches the surface of the voluminous research into turmeric’s cancer-fighting mechanisms. All of this fancy scientific nomenclature is just a way of making sense of how turmeric accomplishes its healing feats. They’re a sort of retrospective observation of what the body looks like when it’s balanced and operating at its full cancer-fighting potential (e.g. it is free of inflammation and oxidative stress, with the proper genes activated or inhibited for optimal health).

Here’s the moral of the story: whether or not you’re actively battling cancer, wishing to prevent cancer, or just hoping to maintain optimal health on a daily basis, turmeric is an incredible ally. Over 6,000 studies (and counting) attest to its incredible health-promoting abilities.

But Turmeric is Difficult for the Body to Absorb

That is why we PuraTHRIVE has talked with the most brilliant minds in science today and discovered something called “liposomes”. Liposomes are little protection systems designed to protect and delivery turmeric straight into the bloodstream. 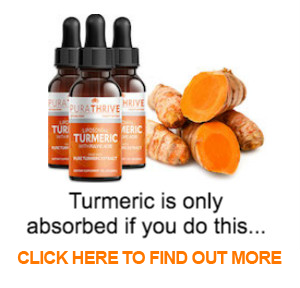 PuraTHRIVE Organic Turmeric Extract is an outstanding full-spectrum extract that’s “liposomalized”—protected as it travels through your digestive system and delivered straight into your cells… unharmed. The turmeric is also bound to phosphlipids (fats) that increase its bioavailability 10 to 20 times!