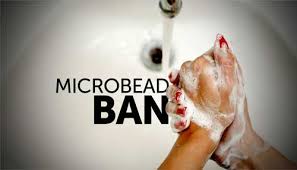 We’re getting smarter about the way that we use plastic…but we still have a long way to go.

There’s nothing like those images of the “Great Pacific Garbage Patch” to put things into perspective. There’s actually two gigantic islands of plastic—one closer to the United States, and one closer to Europe—as well as a proliferation of less concentrated plastic waste scattered throughout nearly every ocean on the planet.

And that’s just the plastic pollution that affects the watery portion of our planet. Land pollution is sometimes a bit harder to spot, because we’ve gotten better at hiding and burying our waste in landfills. Out of sight, out of mind…right?

Awareness of these issues has inspired a recycling revival, as well as many initiatives that call for a drastic reduction in the use of plastic and other non-biodegradable materials.

These measures may have reduced the prevalence of plastic bags in grocery stores, but there’s plenty of other problems that they fail to address. Plastic still rears its ugly head in more insidious, less discernible forms.

One of the most worrying of all is the use of microbeads—microscopic pieces of plastic that are added to over 100 widely distributed health care products, including toothpastes, facial scrubs, and body washes.

These little beads are a huge problem

Corporations like to stay focused on the perceived benefits of these destructive additives (namely their ability to exfoliate the skin and clean tooth plaque). They usually fail to mention that you’re slathering toxic plastic onto your skin and teeth.

Ironically, microbeads don’t even work as well as natural exfoliants like honey, baking soda, papaya, sea salt, and lemon juice. In fact, health care product manufacturers use them because they’re less effective—which ensures that you use more of the product (and thus buy more of it). Plastic is also way cheaper, which ensures even greater profits.

So as usual, it’s all about the money. And also as usual, our environment (and our health) suffers dearly as a result of these unscrupulous practices.

First and foremost, you probably already know that plastic is not something you want to be ingesting or rubbing into your skin and gums. In fact, if companies made it clear that their products contained bits of plastic (rather than veiling this fact behind official-sounding, unpronounceable ingredient names), many people probably wouldn’t use them anymore.

While product manufacturers vehemently deny that the plastics used to make microbeads (such as polyethylene, polypropylene, polyethylene terephthalate, and polymethyl methacrylate) are harmful in any way, the jury’s still out. Some studies suggest that they’re potent endocrine disruptors, carcinogens, and immunosuppressants.[1]

And the dangers don’t end there. Microbeads are made to wash down the drain easily (because you’d probably stop buying a product if it constantly clogged your drain). Thus, these nasty plastics effortlessly make their way through drainage systems and into the environment. Environmental devastation by design, you could call it.

Because microbeads are nothing if not devastating to the environment. They absorb massive amounts of surrounding toxins, to the point where a single microbead can be a million times more toxic than the surrounding water.[2]

They’re then consumed by marine life, which is detrimentally affected by the toxins they’ve soaked up. And these poisons end up making their way back to us—either through the seafood we eat, or through municipal water supplies (because microbeads are so small that treatment plants usually can’t remove them from the water supply).

Worst of all is that once microbeads make their way into the environment, they’re there to stay. The New York State Attorney General’s Office states that “once discharged, there are no known methods to effectively remove microplastics or microbeads from the environment.”[3]

Our only hope is to keep them out of the environment (and thus our bodies) in the first place. While there’s a growing movement to ban the use of microbeads, it could be a while before companies are forced to play by environmentally sound rules.

But you can make a difference now by boycotting products that use microplastics, and by embracing earth-friendly alternatives.

Use safe, organic products instead

Luckily, there’s no shortage of well-made, environmentally friendly health care products on the market these days. They may more expensive, but using them instead of their toxic, microbead-laden brethren is absolutely essential if we want any chance of preserving the health of our planet and our bodies.

You can also save some money by making your own products at home. You can make an incredible array of self-care and cleaning products with baking soda ), and for every problem-solving industrial chemical, there’s a natural alternative that’s better and safer. For example, coconut oil is an excellent moisturizer, raw honey makes an exemplary facial scrub, and essential oils are far superior to artificial scents.

We’ve been convinced that our hygiene is incomplete without a slew of industrially manufactured products. But the truth is that it doesn’t need to be so complicated, and that Mother Nature offers all the solutions we could ever need.

Using the gifts that she provides (rather than inadvertently pumping the environment full of toxic, manufactured ingredients) will go a long way toward securing our health and well-being—as well as that of the planet we inhabit—for a long time to come.