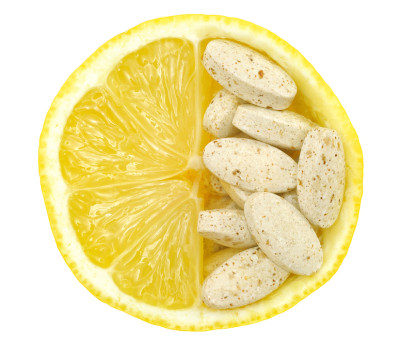 Vitamin C just might be a miracle cure that’s hidden in plain sight.

Surely, you’ve heard that this humble vitamin makes a great addition to any daily supplement regimen. You’re probably aware that it can help boost the immune system, and that it’s one of the most healthful components in many fruits.

But did you know that it’s been successfully used to cure over 30 major diseases—including “incurable” viruses like Herpes simplex, cancer, leukemia, and even brain disorders like schizophrenia (not to mention common colds and flus)?[1]

For one reason or another, vitamin C has a history of being ignored. Even though fresh fruit was known to prevent and cure scurvy since 1753, this simple cure was ignored by governments for over a century. Doctors throughout the 19th century were ridiculed for advocating this elementary dietary practice.

In the 1930’s, Albert Szent-Györgyi discovered that what these scurvy-fighting fruits had in common is a chemical called ascorbic acid, or vitamin C. The scientific “naming” of this compound lent it some credibility, but it was quickly passed over because of its presumed status as just another vitamin.

Vitamins have been so strongly stigmatized as ineffectual treatment tools that only recently has mainstream medicine given them the chance to reveal their full potential (vitamin D is another example of a rediscovered panacea “disguised” as a lowly vitamin).

Dr. Fredrick Klenner, who conducted extensive research on vitamin C in the 1940’s, observed that “some physicians would stand by and see their patient die rather than use ascorbic acid (Vitamin C), because in their finite minds it exists only as a vitamin.”[2]

Luckily for us, Dr. Klenner saw that vitamin C had untapped potential. His work demonstrated the wonders that this simple substance can perform, and established usage protocols that have become the foundation of a burgeoning vitamin C revival.

And none of these results can be considered a fluke either—they were methodically achieved over the course of a 40-year family medical practice.

It turns out that high-doses of vitamin C are required to unlock its disease-curing abilities. Anything under a gram per day will only prevent scurvy and offer mild antioxidant benefits. The fact that the accepted RDA (recommended daily allowance) for vitamin C is 60 milligrams per day is more proof that medical regulatory agencies are nearly always behind the curve. Despite the resurgence of enthusiasm in high-dose vitamin C therapy, the proposed new RDA (which could take years to enact) is only 120 milligrams per day.[3]

Things start to get interesting over 5-10 grams. This is the point at which vitamin C begins to increase endogenous production of glutathione (the body’s “master antioxidant”) and boost immune function significantly. It begins to recalibrate and supercharge your body’s self-healing ability. Many health experts believe that 8-10 grams per day can prevent the common cold, and that 20-60 grams per day can stop a cold or flu in its tracks.[4]

If these amounts seem excessive, here’s a fun fact that should put things in perspective: studies have found that a typical 155-pound goat produces over 13,000 milligrams of vitamin C within its own body every day. Production increases massively—up to over 200,000 milligrams per day—when the goat is placed under stressful health conditions.[5]

Humans used to be able to produce their own vitamin C too, but because of a gene mutation that occurred approximately 60 million years ago, now we have to settle for taking it orally or intravenously. Researchers believe that with high-dose vitamin C therapy, we can mimic the astounding resilience of vitamin C-producing animals.

Some tips for getting started

Don’t be afraid to take large daily doses of vitamin C! Doing so will only lead to greater health, vitality, and disease resistance.

It’s worth noting, however, that people often find that high doses can cause loose stools and diarrhea. To avoid this side effect, simply start low (500-1,000 mg per day) and build up to an optimal level, being careful to monitor its effects.

Once you reach 5-10 grams per day, split the total dosage into 2-4 doses, taken at equal intervals throughout the day. This ensures that your bloodstream receives a constant flow of vitamin C. Keep in mind that you will always have to take more once you’re sick, so try to keep a daily dosing regimen in order to prevent illness in the first place.

Note that sugar interferes with uptake of vitamin C, so you should avoid it when using vitamin C to treat illness (sugar wreaks havoc on the body and is best avoided anyway).

Lastly, you’ve probably noticed that both synthetic and plant-sourced vitamin C are available. Studies have failed to show any greater effectiveness or bioavailability of plant-derived ascorbic acid,[6] but it’s worth remembering that plant extracts have all sorts of phytonutrients and unstudied compounds that could very well make them superior to synthetic vitamins. Plant-derived vitamin C is much more expensive, so weigh the pros and cons and decide what feels right for you.

To get the best of both worlds, use a liposomal vitamin C that uses l-ascorbic acid, a naturally fermented version of synthetic ascorbic acid. We think that this product is the best of its kind.

Regardless of your regimen, you’re bound to feel results. Rarely are we presented with such a simple and widely available opportunity for radically effective self-treatment. If you choose to take advantage of it, you’ll be able to increase your body’s self-healing potential more drastically than you ever thought possible.