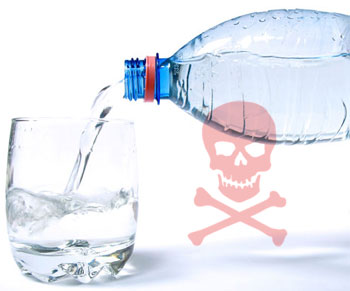 The primary importance of water simply can’t be overestimated.

This statement probably comes as no surprise, given that the stuff comprises over two thirds of your body weight.

Proper hydration with pure, unadulterated water distributes nutrients throughout the body, provides the brain with the oxygen it needs for optimal functioning, protects the heart, regulates metabolism, and balances a whole host of complex biological processes.[1]

Water is the basis of all living things, and yet its role in maintaining vibrant health is still (somehow) overlooked.

Luckily, more attention has been turned in recent years to the escalation contamination of the world’s water supplies.

Suspicious eyes have focused upon public tap water, which is often found to contain all sorts of nasty contaminants, including chlorine, fluoride, pathogens, and even pharmaceutical drugs.

Awareness about this widespread issue has led to increasing interest in natural spring water, water filtration technologies, and above all, bottled water.

But tap water is the least of your worries

Saying that there’s an “increasing interest” in bottled water is a vast understatement. The bottled water market has tripled in the past ten years, and is now a $4 billion industry.[2]

Marketing executives have swooped in and masterfully leveraged the purity paranoia that surrounds tap water.

Through ubiquitous advertisement campaigns featuring pristine mountain streams, untouched glaciers, and beautiful women, they have convinced the public that their product is the paragon of water purity—and that no other substitutes should be accepted.

They’ve led us to believe that bottled water offers a flawless, affordable alternative to the unglamorous and contaminated tap water that’s piped into our homes.

Here’s the problem, though: in many cases, they’re just plain lying.

The Natural Resources Defense Council and the Government Accountability Office conducted independent studies on the purity of bottled water, as well as the stringency of the standards surrounding its production.

The results were less than heartening.

Both studies found that in the United States, bottled water is subject to far less stringent regulations and safety tests than tap water—and therefore that bottled water is much more likely to contain contaminants than its municipal counterpart.

Out of 1,000 bottles sourced from 103 different companies and tested by the NRDC, one third was considered significantly contaminated.

Here’s just a sampling of their data: 22% contained arsenic or synthetic, cancer-causing compounds; 17% contained more bacteria than is allowed by the guidelines of most states; and 20% contained industrial chemicals like toluene or xylene.[3]

They revealed that there’s no bottled water regulations prohibiting E. coli or fecal coliform bacteria, common water pathogens like Cryptosporidium and Giardia (which cause diarrhea and potentially severe intestinal issues), or phthalate and other cancer-causing chemicals.

If any of these contaminants are found in municipal tap water, violation fees and other means of enforcement are swiftly forthcoming. Bottled water companies, on the other hand, are just about handed a free pass.

In her book, Foodopoly, Wenonah Hauter sums up the matter nicely:

“While consumers believe that they are getting high-quality, uncontaminated water, bottled water is so poorly regulated in the United States that consumers have no way of knowing what contamination lurks within…In October 2008, the Environmental Working Group released a report that found mixtures of thirty-eight different pollutants, including bacteria, fertilizer, Tylenol, and industrial chemicals, in ten popular U.S. bottled water brands.”[4]

She goes on to reveal some of the woeful regulatory practices in this industry:

“Perpetually underfunded and short-staffed, the FDA…has fewer than three full-time employees devoted to bottled water oversight. The rules apply only to bottled water packaged and sold across state lines, which leaves out the 60 percent to 70 percent of water bottled and sold within a single state…Fewer than forty states have bottled water regulations, and in some they are much weaker than the limited federal standards. For the 30 percent to 40 percent of bottled water that the FDA does regulate, it requires that companies test four empty bottles once every three months for bacterial contamination. They must test a sample of water for bacteria after filtration and before bottling once a week. A sample of water must be checked for chemical and radiological contaminants only once a year. The companies do not have to test the water after bottling or storage.”[5]

Unfortunately, not nearly as often as is claimed.

Researchers have reported that, in worst-case scenarios, so-called “spring water” has actually been sourced from a well in an industrial facility’s parking lot—right next to a toxic waste dump.[6]

How can bottled water companies let this happen? How can they fail to see how deeply misguided these practices are?

Here’s a little quip from the former chairman of Perrier: “It struck me…that all you had to do is take the water out of the ground and then sell it for more than the price of wine, milk, or for that matter, oil.”[7]

Take matters into your own hands

So once again, it seems unwise to entrust either corporate America or regulatory agencies with your health.

There’s plenty of measures you can personally take to ensure that you receive all the vitality-bestowing benefits of truly pure drinking water.

Stay away from bottled water, unless you have documented evidence of its purity (and even if you do, be aware that the bottled water industry is incredibly unsustainable and eco-destructive).

Have your tap water tested for contaminants, or better yet, use a water filtration system or source your own water from natural springs.

Get Your Own Portable Filtered Water Bottle

Take the time to get serious about the purity of your water sources; you’ll be glad you did. You’ll have more energy and greater mental clarity…not to mention the peace of mind that comes from withdrawing support from a corrupt and toxic industry.

Every little step you take towards reducing your toxic exposure and increasing your nutrient intake is worth it.

To make sure your water is as pure as possible, wherever you go we love the Clearly Filtered Water Bottle. With it, you don’t have to worry about finding bottled water (which is often just tap water…) and polluting the planet when you are not home.

When you consider how essential clean water is, this bottle gets our seal of approval. 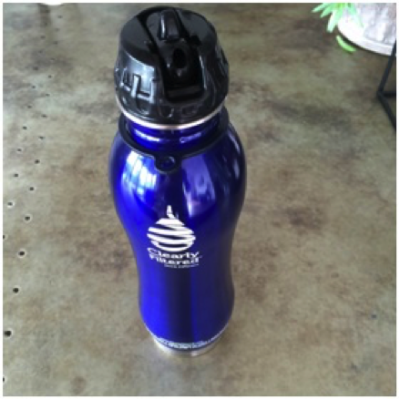