Why Pharmaceuticals will Not Work for Depression

written by Ryan
Facebook0Tweet0Pin0
You are here: Home / Body / Why Pharmaceuticals will Not Work for Depression 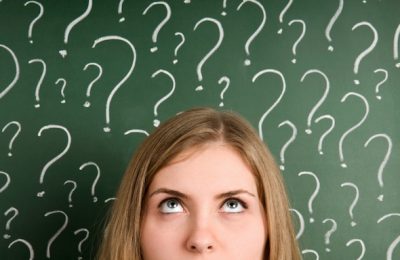 Depression is a terrible daily reality for many people—over 13% of the entire American population takes antidepressants, at last count. This figure is 65% higher than 15 years ago, and it continues to grow annually.[1]

Despite the skyrocketing prevalence of prescription antidepressants, there still isn’t much evidence that they actually work. In fact, the deeper one digs into the “chemical imbalance theory” of depression—the theory that depression is caused by low levels of serotonin in the brain—the more it looks like a fabrication invented by pharmaceutical companies to create a profit stream.

Let’s take a look at the whole story, and you can decide for yourself.

By the 1960’s, it was becoming fashionable to view mental disorders like any other medical condition, namely as a physiological imbalance that could be corrected using pharmacological means. It is, after all, a convenient way to think about psychiatric medicine, and one which lacks the complexity and ambiguity of psychoanalysis and other more holistic approaches to mental healthcare.

The problem is that this urge for convenience was never backed up by hard data in the first place. Even in 1965, after examining the evidence for “the catecholamine hypothesis of affective disorders,” The American Journal of Psychiatry reported that “the findings are inconclusive.”[2]

These lukewarm results didn’t stop the pharmaceutical industry from rushing in to meet psychiatrists’ desire for convenience, though. Before long, the chemical imbalance theory of depression became dogma.

This is particularly disturbing given that the antidepressants of the 1960s and 1970s were notoriously dangerous and side-effect-ridden. Clearly, the desire for an easy-to-understand mechanism underlying depression was so great that it overshadowed the concern for both rationality and safety.

When Prozac was brought to market in the late 1980s, the chemical myth of depression was further crystallized. Eli Lilly, the manufacturer of Prozac, heavily promoted its product’s ability to correct chemical imbalances in the brain.

Psychology Today reports that “there was, of course, no demonstrable evidence that depressed patients had any imbalance,” and that Eli Lilly’s campaign was a giant marketing gimmick.[3]

Ronald W. Pies, M.D., Professor of Psychiatry at the State University of New York and Tufts University School of Medicine, goes so far as to state that “in truth, the ‘chemical imbalance’ notion was always a kind of urban legend—never a theory seriously propounded by well-informed psychiatrists.”[4]

Why, then, has this discredited chemical imbalance hypothesis been perpetuated?

The answer is simple: depression is still a massive (and growing) problem, and those suffering from it are often desperate for a solution. Psychiatrists want nothing more than to provide fast and effective relief for their patients, and so they continue pushing the latest and greatest antidepressants, hoping that the next one down the pipe will be better than the last.

But there is a better way to treat depression. It may not be simpler, but if adopted wholeheartedly, it’s far more effective.

The real way to relieve depression

Here’s the story that pharmaceutical companies are not talking about: antidepressants have repeatedly been shown to be no more effective than placebo, they’re linked to a variety of side effects and health conditions, and they actually increase the chances of becoming depressed again in the future.[5]

On the other hand, a growing body of evidence is revealing that there are plenty of tools and practices that do effectively combat depression, without any of the side effects and risks of prescription antidepressants. Here’s a list that should give a sense of the spectrum of options available to you.

Talking therapy. Studies have shown that good old-fashioned therapy is just as effective at relieving depression compared to antidepressants, and that it actually prevents relapses.[6]

Exercise. Research shows that exercise dramatically aids those suffering from depression, and that just one hour of rigorous activity per week can decrease the likelihood of depression by 44%.

Nutrient optimization. Vitamin D, omega-3 fatty acids, vitamin B12, and magnesium are all very important for maintaining optimal mood and brain function; be sure to include them in your supplement regiment if you’re inclined toward depression.[7]

Natural antidepressants. We’ve written a lot in past articles about plants and natural substances that work wonders for depression. Here’s a few prominent ones: turmeric, ashwagandha, thyme, lavender, cinnamon, rosemary, and saffron.

Cold water therapy. This practice might be a bit harder to stomach, but don’t knock it until you’ve tried it! Studies have shown that just 2-3 minutes per day in 68 degree Fahrenheit water (come on, that isn’t even that cold) improved mood and relieved the symptoms of depression better than leading pharmaceutical antidepressants.[8]

The most important thing to remember when undertaking any depression treatment protocol is that you’re in control, and that you don’t just have an uncontrollable brain defect (researchers worry that the chemical imbalance theory of depression makes patients feel like their illness is beyond their control).

Your lifestyle choices can and do have a profound effect on your mental health—and by choosing some of the tools and practices above, you can overcome depression in no time.