Protect Your Heart, Brain, and More with Blueberries

written by Ryan Greendyk
Facebook0Tweet0Pin0
You are here: Home / Body / Protect Your Heart, Brain, and More with Blueberries 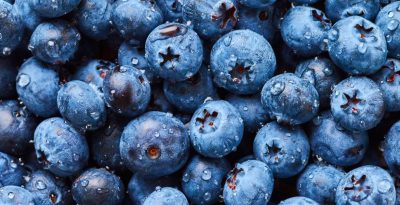 It’s nice when the foods that safeguard our health are also delicious.

The approach of summertime means that many such healing treats are in season. Blueberries are a prime example—these plump, subtly sweet fruits are garnering increasing attention from the medical research community.

We’ve written about the primary importance of antioxidants before—how they scavenge free radicals, calm oxidative stress, boost immune function, and slow the aging process. Blueberries are packed with antioxidant polyphenols, micronutrients that researchers believe are a powerful line of defense against degenerative diseases like cancer and cardiovascular disease.[1]

And antioxidants are just the beginning—blueberries also contain novel beneficial compounds called anthocyanins (which give them their blue color), as well as high levels of vitamin C, vitamin K, fiber, and manganese.

Let’s take a look at how some of these healing compounds contribute to the benefits that researchers are discovering.

Improve cardiovascular health. A wealth of studies demonstrate that regular consumption of blueberries can help reduce nearly every risk factor for cardiovascular disease. For example, high anthocyanin intake is associated with reduced risk of heart attack.[2]

Fruits are not usually considered diabetes-friendly, but this study reminds us that many of them (especially low-sugar fruits like blueberries) are remarkably healing, and shouldn’t be lumped in the same category as refined sugar.

Protect the lungs. The healing and protective properties of blueberry anthocyanins also extend to the lungs. One longitudinal study followed 839 participants over 16 years, and found that those who ate two or more servings of blueberries per week exhibited a nearly 40% less decline in lung function (compared to those who ate no blueberries).[6]

Prevent cancer. Blueberries also occupy a prominent place on the list of cancer-fighting foods, not only because of their antioxidant properties, but also because of their ability to boost the body’s natural cancer-fighting capacity. One study found that just six weeks of daily blueberry consumption raises levels of natural killer (NK) cells, which are critical for eliminating abnormal cells and pathogens before they progress into cancer.[7]

Slow aging in the brain. Researchers at Harvard have even concluded that eating blueberries on a regular basis improves cognitive function and protects against cognitive decline. Their study demonstrated that higher blueberry consumption slowed brain aging in adults over the age of 70 by 2.5 years, and that it improved memory recall in children ages 10 through 14.[8]

While blueberries are perfectly delicious enjoyed right out of the container (or right from the bush, if you’re lucky enough to have wild blueberries near you), there are plenty of other ways to integrate them into your diet too. Try them in smoothies, in granola, or in organic yogurt. I even like to add them raw to savory dishes like Buddha Bowls and stir fry dishes (their subtle sweetness pairs perfectly with both savory and spicy profiles).

It’s also worth noting that frozen blueberries can be just as healthy than fresh blueberries—and very often they’re more affordable. Blueberries are typically frozen within 24 hours after being picked (provided they’re being offered by an organic, high-quality brand)—this process preserves even higher levels of antioxidants when compared to fresh blueberries (which rarely make their way to the consumer within 24 hours).

And remember, if you’re lucky enough to know the location of some wild blueberry patches, be sure to take advantage—they’ve been shown to contain up to double the antioxidants, and also usually have a more intense taste (because of lower water content).

However you choose to eat blueberries, it’s extremely important that you buy the organic variety, as conventional blueberries are heavily treated with pesticides (they managed to stay off this year’s Dirty Dozen list, but just barely).

Also keep in mind that blueberries are technically included in the nightshade family. While other nightshades like peppers, tomatoes, and tobacco tend to be more strongly linked with inflammatory response, you should always determine your body’s own response to each food.

With those suggestions in mind, enjoy blueberries as often as you can; your body, brain, and heart will thank you!