written by Ryan
Facebook0Tweet0Pin0
You are here: Home / Body / Avoid These Pesticide-Poisoned Foods 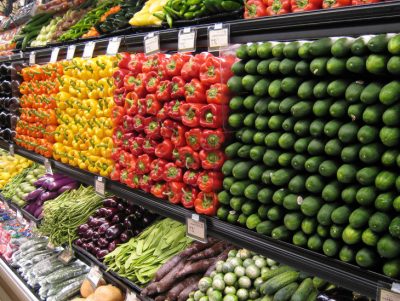 Have you heard of the infamous Dirty Dozen?

This catchy name refers to the types of conventional produce most likely to be contaminated with pesticides. The Environmental Working Group (EWG) has published a corresponding list for a number of years, and their 2017 report is full of more frightening statistics than ever.

If you ever purchase conventional (non-organic) produce, you’d do well to steer clear of the Dirty Dozen. Instead, choose what the EWG calls their Clean Fifteen—the fifteen forms of produce with the smallest likelihood of pesticide contamination.

The Dirty Dozen (most contaminated first)

What does the EWG mean when they say “dirty” and “clean”?

To help us make sense of their data (and to incentivize us to take it to heart the next time we go grocery shopping), the Environmental Working Group also reports “Key Findings” in conjunction with their lists. Here’s their top points for 2017[1]:

You can read the EWG’s full report on 48 different common fruits and vegetables here.

Some things to consider

First and foremost, it’s important to remember that your best choice is always to avoid GMO produce altogether. As long as you exclusively purchase organic produce, you can be much more certain that any fruit or vegetable you purchase will be pesticide-free.

As we reported in a previous article, though, there is still a chance of pesticide contamination in organic produce. Thankfully, this occurrence is still somewhat rare, and it’s mostly because pesticides applied to neighboring GMO crops are carried by wind over to organic farms (not because organic farms are also using toxic pesticides).

For this reason, it’s imperative that we withdraw our support from GMO farming operations—otherwise, they will reach a point of prevalence that will make it difficult for any farmers or consumers to escape from pesticides.

Some would argue that our world is already dangerously saturated with poisonous pesticides. For example, a worrying laboratory test conducted by the University of California San Francisco found that 93% of urine submitted urine samples tested positive for glyphosate.[2]

Therefore, try not to see the Clean Fifteen as permission to purchase certain kinds of conventional produce. You may have noticed that the fruits and vegetables on the Clean Fifteen list all have husks, shells, or other protective mechanisms that prevent pesticides from being directly absorbed (as opposed to produce like strawberries from the Dirty Dozen list, which are porous and thus incredibly vulnerable to pesticide absorption).

Here’s the problem, though: anything that is conventionally grown has a dramatically higher chance of being genetically modified. By purchasing the Clean Fifteen, you may be protected from pesticide exposure, but you’re still supporting GMO agriculture—and thus worldwide pesticide contamination (along with a whole host of other horrors that accompany GMO agribusiness).

The Environmental Working Group understands that purchasing nothing but organic produce is perceived as cost-prohibitive for many people. Thus, their Clean Fifteen list is an attempt to reveal what kinds of produce aren’t acutely unhealthy for you, if and when you must purchase non-organic fruits and vegetables.

You might find, however, that buying organic isn’t as cost-prohibitive as you think. Organic produce may be a bit pricier than conventional, but it’s still cheaper than most processed and packaged foods (which aren’t as healthful anyway). By replacing packaged foods with more fresh produce, you can support organic farming and save money in the process.

Also, look up any coops or farmers markets in your area—coops often offer lower prices to their members, and farmers markets are usually cheaper too (because farmers can sell directly to consumers without stores operating as middlemen).

With a bit of education and forethought, you can protect yourself from exposure to toxic pesticides and support the farming industries who are regenerating rather than destroying our planet.