written by Mentor
Facebook0Tweet0Pin0
You are here: Home / Body / Antioxidants: The Anti-Aging Solution? 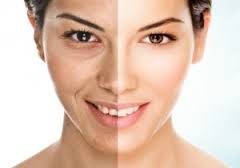 Most people tend to assume that an erosion of the body’s vitality is an inevitable process that comes with aging.

While to an extent this is indeed the case, it’s also true that “aging” in the body is fundamentally just a series of biochemical processes. I find this fact to be incredibly empowering.

Here’s why:  We all alter our body’s biochemistry nearly every day to achieve specific goals (think caffeine changing our adrenal output or a piece of fruit raising blood sugar).

Aging is not a singular process, of course, it’s actually dozens of interrelated diseases and processes in the body.

That being said, if you asked me to point to one single factor that drives nearly all of the aging-related processes, my answer would be quite easy – it’s unquestionably oxidative stress.

Oxidative stress is the term biochemists use to refer to the damage done to our cells by oxidative toxins in the body.

These toxins come from a number of places – contaminants in our food, chemicals in our environment, radiation (UV and electromagnetic). As we age, even our own body produces oxidative toxins as a natural byproduct of many metabolic processes.

Oxidative stress and the systemic inflammation caused by these toxins lead to a slow deterioration of nearly every system in our body – including our eyes, brain, joints and muscles. [1]

A significant number of age-related diseases have been shown to be fundamentally caused by the effects of oxidative stress on our cells and bodies:

Neurodegenerative Diseases like Alzheimer’s and dementia are good examples of this, as both result from the cumulative damage done to brain cells by oxidative toxins. [1]

Cardiovascular Disease is largely driven by oxidative stress as well, as systemic inflammation due to high levels of oxidative toxins is the primary cause for the progression of heart disease. [2]

Rheumatoid Arthritis, however, is perhaps the most clearly attributable to oxidative stress.

Rheumatoid arthritis is an inflammatory condition that results when the immune system attacks connective tissue in the body.

Recent studies have shown us that the severity of the immune attack on the connective tissue increases dramatically when high levels of oxidative toxins are present. [3]

In fact, minimizing the stress caused by oxidative toxins is one of the most effective strategies we have for managing this potentially debilitating condition. [4]

It’s clear that minimizing oxidative stress in the body and brain can have a profound effect in slowing the progression of aging and age-related diseases – so what is the best way to minimize oxidative stress?

Antioxidants are organic molecules that have the capacity to inhibit the oxidation of other molecules by oxidative toxins. [5]

Our bodies themselves produce a number of extremely potent antioxidant enzymes (known as endogenous antioxidants), intended to counter the effects of oxidative stress on the body and slow the progression of age-related diseases.

Frequently though, our body’s endogenous antioxidants get overwhelmed by the sheer volume of oxidative toxins we’re exposed to by our toxic modern environment and food system. This is where dietary antioxidants come in.

Dozens of studies have shown that consuming high levels of antioxidants in the diet can significantly reduce oxidative stress and systemic inflammation in the body. [5]

The implications of this reduction in oxidative stress in slowing the progression of age-related disease are hard to underestimate.

Indeed, eating high levels of dietary antioxidants have been shown to slow the progression of heart disease, Alzheimer’s, arthritis and rheumatoid arthritis. [2][3][4]

In addition to antioxidants, there is a related type of toxin-neutralizing nutrient called chelators that have also been shown to be tremendously effective in reducing oxidative stress and inflammation in the body.

Chelators are particularly valuable because they work to neutralize certain types of toxins (particularly heavy metals like mercury) against which food-based antioxidants are not effective.

For this reason, having significant amounts of both antioxidants and chelators in your diet is the best strategy for minimizing oxidative stress in the body.

Finding Antioxidants In Your Foods

Antioxidants are naturally-occurring compounds found in nearly every fruit and vegetable known to man.  The challenge is finding foods with sufficiently high levels of antioxidants to meaningfully reduce inflammation and oxidative stress in the body.

Traditional “antioxidant-rich” foods like blueberries, raspberries and green tea can contain several times more antioxidants than other commonly available fruits and vegetables, but it would still be a challenge to consume enough of these foods to have a powerful anti-inflammatory effect.

For true therapeutic levels of antioxidants useful in slowing the aging-related processes discussed above, we have to look a bit further in the food world.

In the past 10 years or so as demand for therapeutic levels of antioxidants has risen, two exotic foods in particular – Raw Cacao and Acai – have come to prominence as the planet’s richest source of antioxidants.

Raw cacao comes from the beans of the cacao tree, the same plant used to make the world’s chocolate.

When left in raw, unprocessed form, the levels of antioxidants in cacao are off the charts – on the order of 20 times greater than even traditional antioxidant-rich foods like blueberries.

Acai is a rare tropical berry found only in very small areas of the Amazon rainforest. It’s discovery by the west was somewhat of a revelation, as it contains antioxidants in level several times greater than what was thought possible for this type of fruit.

Acai contains levels of antioxidants up to 50 times greater than leafy greens like spinach and kale.

There is a catch with raw cacao and acai, however. It is consistently challenging to find a high-quality source for these superfoods, and even more challenging to include them in your diet on a daily basis as is necessary for therapeutic effects. For that reason, we highly recommend the delicious superfood nutritional shake, Synchro Genesis.

The formulators at Synchro have worked tirelessly to source the highest-quality raw cacao and acai available on the market today and both are included in Synchro Genesis in true therapeutic quantities. To get the same levels of antioxidants present in one serving of Synchro Genesis, you would have to eat upwards of 5 cups of blueberries.

In addition to the exceptional levels of antioxidants, Synchro Genesis contains chlorella and spirulina – nature’s two most powerful plant-based chelators (see discussion above) which work in the body to actively remove heavy metals and other toxins.

>>So go ahead and give this remarkable product a try. If your experience is anything like ours, your body and brain feel will feel radically better after only a few days of regular use.

By Graham Ryan: Besynchro.com
Graham’s innovative approach to nutrition and wellness is a reflection of his unique background.  With a background in academic biochemistry research, years as a pro-level cyclist and a decade cultivating borderline-obsessive Vinyasa Yoga practice, Graham has studied the nutrition and wellness puzzle from several unique perspectives.