written by Ryan
Facebook0Tweet0Pin0
You are here: Home / Natural Health / More Proof That GMO’s Are Bad News (Even China Is Treading Cautiously) 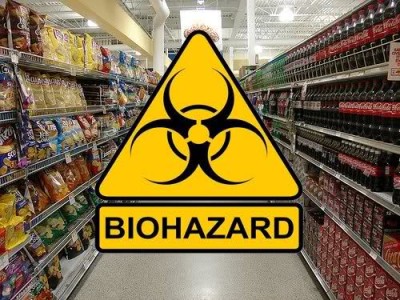 Everyone seems to be talking about genetically modified organisms—GMO’s for short.

They’re also affectionately referred to as the fruit of a harmless, breakthrough agricultural innovation, or dangerously toxic “frankenfoods,” depending on who you ask.

Experts (all of whom, upon closer examination, seem to have some vested interests in the mainstream agricultural industry) maintain their argument that there’s nothing dangerous about GMO’s.

They hide behind corporate consortiums and well-funded propoganda, and they claim that numerous studies have failed to find anything wrong with GMO seeds and crops.

And to add insult to injury, they bolster their claim by stating that no conclusive studies have linked GMO’s to health problems in either animals or humans.

In light of this bold declaration, you might find the following study-backed facts about GMO’s and their attenuating dangers quite interesting…

GM soy can lead to hormone disruption and miscarriage, especially because of the dangers posed by glyphosate, the active ingredient in Roundup herbicide.

GM foods (especially soy) can cause infertility. In 2010, researchers at Russia’s Institute of Ecology and Evolution of the Russian Academy of Sciences and the National Association for Gene Security found that hamsters who were fed GM soy for two generations completely lost the ability to have babies.[2]

Another study showed a dramatic change in the reproductive system of rats who consumed GM soy for 15 months.[3] These findings led researchers to believe that GM soy can lead to an increased risk of severe hormonal disruptions, retrograde menstruation, and endometriosis (which can lead to infertility).

The pesticides used on GE crops can cause non-Hodgkin’s lymphoma, as well as other cancers.[4] Once again, the evidence is strongest for the dangers of glyphosate, but evidence is quickly mounting against other popular pesticides, as well.

In an isolated GE corn and soy farming community in Argentina, cancer rates are skyrocketing[5]—and experts fear that they could reach catastrophic levels within the next 10-15 years.

GM crops lead to nutrient deficiency, in both the soil and your body. Dr. Don Huber has spent over 55 years studying the effects of GMO’s on the health of consumers and agricultural ecosystems, and his conclusion is less than rosy.

According to his work, glyphosate and other toxic byproducts of the GMO industry can reduce the nutrients in plants by up to 90%.[6]

GMO wheat has radically increased celiac disease. In this case, the issue is not so much the genetically modified crop itself, but rather the pesticide with which it’s routinely drenched.

Glyphosate has been shown to be incredibly destructive to gut flora, and it’s also a transporter of toxins like aluminum and arsenic.[7] Researchers strongly believe that these are the factors that have led to such a high correlation between wheat and celiac disease.

GM corn trigger unnatural immune responses. Despite assurances from Monsanto and the EPA that the Bt-toxin contained within GM corn would never end up in the human body, one sampling found it in the blood of an average of 80% of all tested groups.[8]

This toxin elevates the body’s levels of IgE and IgG antibodies, cytokines, and T-cells—states which have been linked to a wide array of health problems, including allergies, infections, inflammatory bowel disease, MS, cancer, asthma, and arthritis[9].

I could go on, but you probably get the point.

The growing mountain of evidence against the GMO food industry is making it more and more difficult to consider it a safe and sane strategy for the future of our food supply. GMO’s are already being stringently regulated in the European Union, as well as other countries.

Even China is beginning to fight against GMO’s

China is one of the largest consumers of GMO food crops in the world. They import more than 50 million tons of GMO soybeans every year (and that’s just one crop), and have been outspoken in their support of the GMO industry.

And yet, even they’re starting to think twice about them.

A couple years ago, they began imposing stricter regulations on GMO food imports from the United States. Unlike the old Chinese government (which may have just looked the other way in the interest of commerce), they even destroyed three whole shipments of GM corn.

And last year, China also banned GMO’s from their army food supply—making them the first military force in history to do so.[10] In support of their decision, they cited a government report that GMO soybeans have caused birth defects, infertility, depression, and all sorts of other nasty effects in the Chinese population.

When the facade of rabidly pro-GMO countries like China begins to crack, you can’t help but wonder if the world is finally waking up to the reality of this monstrous industry.

The debate rages on

While China’s growing reluctance could be a step in the right direction, it doesn’t appear that the argument over GMO’s is going to end anytime soon. In the mean time, you’ll need to make your own educated evaluation of them.

You can learn more about GMO’s here, here, and here…and then you can decide for yourself whether you think they’re worth avoiding.

If you decide to steer clear of them, you’ll be joining an increasing number of health enthusiasts and activists all around the world, who simply want a transparent, sustainable, and wholesome food supply system.