Millions Outraged by the FDA’s Approval of GMO Salmon

written by Ryan Greendyk
Facebook0Tweet0Pin0
You are here: Home / Featured / Millions Outraged by the FDA’s Approval of GMO Salmon 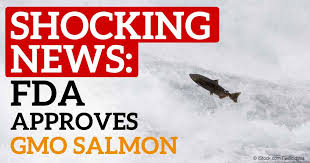 The grassroots efforts of many organizers have ushered GMO’s into mainstream awareness—nearly everyone now has some opinion on the practice of genetic modification (a practice that, not so long ago, was barely known to the consumer world). And at last count, nine out of every ten support the labeling of GMO foods.[1]

That means 90% of the people want to see GMO foods labeled!

Despite this uncanny alignment of opinion the prevalence of GMO’s continues to increase. AND NOW, the first-ever genetically engineered animal—GMO farmed salmon—will soon be available in stores. The FDA recently approved this laboratory creation for sale and consumption, and they’ve decided that it does not need to carry a GMO label. This comes as great news for AquaBounty, the company that developed GMO salmon, and sad news for the 90% of us who oppose the unlabeled distribution of GMO goods.

This historic event marks a new low for the FDA’s integrity. By allowing the unchecked distribution of GMO salmon (and thus encouraging the genetic engineering of other species of “frankenfish”), they have clearly demonstrated that it’s not us they work for, and they have shirked their sworn responsibility to protect the American public. 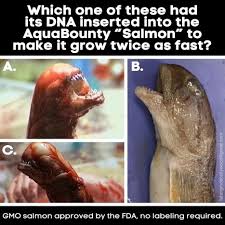 This constitutes the first genetically modified food animal — an Atlantic salmon that grows twice as fast as natural salmon, thanks to the insertion of genes from Chinook salmon and eelpout (an eel-like fish).

As a result, they carry three copies of each chromosome instead of two. But that’s not the only change. Their sex hormones will also undergo complicated manipulation to ensure they’re all female.

They’re also said to be sterile, as an added precaution should they manage to escape, but the sterilization process has been criticized as flawed, and not 100 percent guaranteed [2].

But how do we know that GMO salmon is unsafe?

This is precisely the argument that Monsanto has rested on regarding its GMO crops, and which AquaBounty is now using to justify the unlabeled sale of their salmon. Over the years, Monsanto and pro-GMO organizations have engineered a masterful propaganda campaign intended to slander what you could call “the treehugger bias”—that is, the belief that anything created through science is inherently inferior to anything created by nature.

For fear of being labeled illogical and emotional generalists, many mainstream media outlets have jumped on the bandwagon, perpetuating the argument that opposing GMO’s on principle is a stance that only the uneducated would take.

But here’s the thing: we also don’t know that GMO salmon is safe. Monsanto and AquaBounty would like you to think that their arguments are backed by hard science, but all the propaganda is just a distraction. The fact of the matter is that there is very little evidence to suggest that GMO foods are safe.

For example, the only studies on the safety of GMO salmon were conducted by AquaBounty—they used completely insignificant sample sizes (as few as six fish), and were so sloppy with their study protocols that even the FDA found them to be characterized by “technical flaws” and “insufficient data.” [3]

In short, we just don’t know what effect genetically modified fish has on human biology, because not enough people have consumed it. That means that the American public is essentially being used as guinea pigs.

If and when health problems arise, perhaps the product will be recalled (after AquaBounty has already made a bundle of cash). And this is the best case scenario—if Monsanto and its GMO crops serve as any precedent, GMO fish will remain in circulation long after its safety has been called into question.

And this entire line of thought doesn’t even touch upon the potentially detrimental effects that genetically engineered salmon could have upon wild salmon populations if they manage to escape their pens (which happens all the time with conventionally farmed salmon). Again, AquaBounty’s representatives claim that no harm would come to natural ecosystems, but no one knows for sure.

This is why the GMO labeling movement is so brilliant. It focuses not on whether GMO foods are safe or unsafe for consumers and the environment, but rather on the public’s simple right to know what kind of product they’re buying. Even if GMO salmon had been proven to be completely safe (which is most certainly not the case), we still deserve to know that we’re buying genetically modified fish (in the same way that we deserve to know all the ingredients a product contains, even if all of them have been proven to be safe).

This knowledge is especially important in light of the FDA’s recent actions—since they’ve made it apparent that they won’t safeguard our health, it’s up to us to show AquaBounty how we feel about their unlabeled creation.

The public fights back (you can too)

Luckily, the backlash against the release of AquaBounty’s product has been enormous. Millions of people have written to the FDA protesting their decision, and over sixty major food retailers have declined to carry AquaBounty’s GMO salmon, including Whole Foods, Trader Joe’s, Aldi, Costco, Target, Meijer, Giant Eagle, Marsh, H-E-B, and even the two largest grocers in the country, Kroger and Safeway.

The FDA has met this massive outcry with deaf ears, but the fight isn’t over yet. The Center for Food Safety is filing a lawsuit challenging the product approval, and they would love your support.

You can also write to your Congressman telling him to oppose H.R. 1599, which would outlaw the labeling of GMO foods if passed. And, of course, you can always vote with your dollar by refusing to buy GMO fish, and by refusing to shop at retailers that carry it. Together, we can hold food companies, food retailers, and regulatory agencies to a higher standard of civic and ecological responsibility. 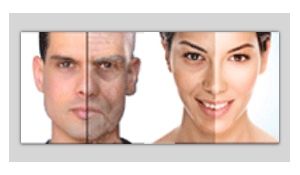 The #1 WORST food that causes you to AGE Faster