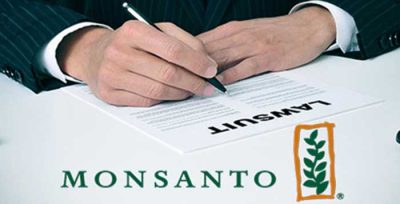 Pesticide usage is an intensely polarizing issue. Many still tout the practice as an essential tool of agricultural efficiency, but mounting evidence suggests that the dangers of these chemicals may not be worth the perceived benefits!

The debate is especially heated around a pesticide chemical called glyphosate, which is the active ingredient in Monsanto’s RoundUp.

Commercial usage of glyphosate has been banned or restricted in at least fourteen countries already, due to the health risks that many believe the pesticide poses.[1] Chief among these risks is cancer—the World Health Organization ranks glyphosate as a Class 2A carcinogen (i.e. a “probable human carcinogen).

Monsanto maintains that numerous studies and scientific reviews “support the fact that glyphosate does not cause cancer.”[2] This is well-chosen and potentially misleading language, as nearly all medical studies are careful not to evoke causation, especially with a disease as complex as cancer. This does not, however, exonerate glyphosate as a strong contributing risk factor for cancer (this is implied in the WHO’s notion of a “probable human carcinogen”).

For a growing number of people, the connection between glyphosate and cancer isn’t so ambiguous. Over 5,000 lawsuits have been filed against Monsanto by individuals who claim that glyphosate exposure caused their cancer.

In August 2018, the first of these lawsuits to go to trial resulted in a major victory for those against pesticide use: a California jury found Monsanto liable, and ordered the company to pay $289 million in damages.

A milestone in the fight against pesticide toxicity

For years, the problem of pesticide toxicity appeared intractable to environmentalists and advocacy groups. Monsanto simply had all the money, power, and influence it needed to defeat regulatory attempts before they could even gain traction.

But a series of significant events has made it clear that Monsanto’s power over public opinion is eroding.

While the story is a complicated one, the tide arguably began to turn with the World Health Organization’s highly publicized reclassification of glyphosate as a probable carcinogen. Monsanto vehemently denied the validity of the classification, and even demanded that the WHO overturn it, to no avail. Suddenly, the possibility of glyphosate’s toxicity was no longer just a fringe idea, but one given serious credence by a globally respected organization.

Soon after, two class action lawsuits were filed against Monsanto on the basis of consumer fraud claims. On February 27, 2017, a judge presiding over one of the cases ordered Monsanto to unseal incriminating documents.

His words clearly reflect a sense of growing suspicion over Monsanto’s tendency toward deception: “I have a problem with Monsanto because…it is insisting that stuff should be filed under seal when it should not be filed under seal.” The documents revealed that Monsanto was tipped off about the WHO’s reclassification of glyphosate (and tried to stop it), that the EPA colluded with the company to prevent a health review of glyphosate, and that Monsanto ghostwrote its own studies and got experts to sign off on them.

The two class action lawsuits were later consolidated in the Missouri federal court, and were settled with  Monsanto agreeing to pay $21.5 million. While this was certainly a victory, it was more of a technical one. The settlement still didn’t draw a direct connection between RoundUp and cancer—instead, it focused on a labeling issue that misrepresented the value of the product being purchased.

The California lawsuit that came to a conclusion in August 2018 is an entirely different story. That suit was personal, not class action—a school groundskeeper named Dewayne Johnson sued Monsanto, on the grounds that RoundUp caused his cancer.

The case was fast-tracked to trial, because of the severity of Mr. Johnson’s cancer (it was made clear that he may not live past 2020). As mentioned earlier, the jury ruled in favor of Mr. Johnson, and Monsanto was ordered to pay $39 million in compensatory and $250 million in punitive damages. And perhaps even more importantly, the court found that Monsanto failed to warn Mr. Johnson about the cancer risk associated with glyphosate exposure.

This official acknowledgement of glyphosate’s cancer risk sets a new precedent for those advocating stricter regulation of pesticides (and for all of the individuals who have brought similar lawsuits against Monsanto). The anti-pesticide movement was further bolstered by the recent banning of chlorpyrifos-based pesticides, and Mr. Johnson’s victory provides even more leverage in the fight for safe and sustainable agriculture.

Monsanto appealed the jury’s ruling in favor of Mr. Johnson, but the California Supreme Court rejected the request on the basis of the state’s Proposition 65, which follows the WHO’s classification of glyphosate as a probable human carcinogen.

Regardless of your stance on pesticides, it should be clear that these events are a step in the right direction. They affirm that the judicial system can help us move toward more transparent business practices—ones which, in the words of Mr. Johnson’s lawyer, “put consumer safety first over profits.”[3]