Is Your Almond Milk Mostly Water? (Make Your Own Instead)

written by Ryan
Facebook0Tweet0Pin0
You are here: Home / Featured / Is Your Almond Milk Mostly Water? (Make Your Own Instead) 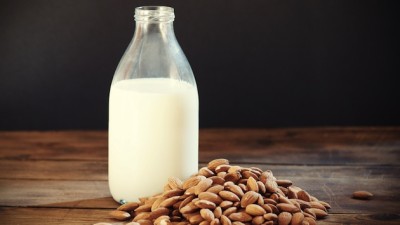 The dangers and disadvantages of dairy products have gotten a lot of press in recent years. Gone are the days when the health propaganda of the milk industry was accepted as common knowledge.

While over 70% of Americans still consume milk every day (10% consume a gallon or more), public opinion about this highly processed animal product is shifting dramatically.[1] Awareness of the various health issues caused by milk consumption is leading an increasing number of people to seek alternatives.

And by the way, these health issues are nothing to scoff at—they include allergic reactions, skin problems, gastrointestinal issues, diabetes, arthritis, leukemia, and even infertility.[2] So if you’re still consuming regular, store-bought milk with any frequency, you’d do well to change your tune.

The most logical alternative to pursue is raw milk—that is, milk that hasn’t been subjected to industrial processes like pasteurization and homogenization. These processes, which supposedly make your milk “safer,” actually transform a healthful living product into a dead and destructive one.

Raw milk is loaded with a veritable cornucopia of nutrients—bioavailable vitamins, healthy fats and proteins, amino acids, digestive enzymes, growth factors, and even disease-fighting compounds like conjugated linoleic acid (CLA)—as well as a proliferation of beneficial bacteria that work wonders for your microbiome.

But here’s the catch: it’s illegal to sell raw, unpasteurized milk nearly everywhere in the United States, so it’s quite difficult to obtain. Sadly, unless you live near a small farm or are connected with someone who’s discovered a rare loophole for buying and selling raw milk, you’re pretty much out of luck.

Milk alternatives to the rescue

Because raw milk is not a viable option for most people, plant-based milk alternatives have gained immense popularity. Among the most popular of all is almond milk, which outsells all the other options.

On the surface, store-bought almond milk seems to be a godsend. It’s fairly inexpensive and incredibly convenient. It boasts all the health benefits of almonds, which are a great source of protein, healthy fats, and all sorts of beneficial compounds (like antioxidants, phenols, flavonoids, and bioavailable vitamins). It seems to offer all the same benefits of milk, without any of the drawbacks (and without the inconvenience associated with finding raw milk).

But unfortunately, most things aren’t as they seem…and almond milk is no exception.

In reality, almonds comprise as little as 2% of commercial almond milk.[3] The rest of it is just water (sometimes of questionable quality), sweeteners (which, as we’ve learned before, nearly always do more harm than good), and potentially toxic thickening agents like carrageenan.

With annual almond milk sales poised to reach $1.7 billion by 2016,[4] you’d think that companies could afford to be a bit more generous with the inclusion of actual almonds in their product—but capitalist greed should never be underestimated. Every $3.99 carton of almond contains about $0.39 of actual almond ingredients, and this figure seems to be getting worse with each passing year.

The bottom line is that commercial almond milk is basically a scam.

And it gets worse.

The almonds used to make store-bought almond are all pasteurized (which is now required by law in the US). Pasteurized almonds are as nutritionally different from raw almonds as pasteurized milk is from raw milk. And worst of all, many almonds are also treated with highly toxic chemicals.

So ironically, the very issue that everyone is trying to escape by switching to almond milk is rearing its ugly head once again.

Even the “vitamins” with which many almond milks are fortified (look for claims like “More vitamin D and calcium than milk!”) are often synthetic, non-bioavailable versions. So in essence, there’s almost nothing of real value in store-bought almonds milks, and most are downright unhealthy for you.

Luckily, there’s a way out of this dilemma.

You’ve probably noticed that we are all about taking responsibility for your health, breaking free of toxic commercialism, and living a healthy and liberated lifestyle. Swapping out store-bought almond milk for the homemade variety is one more way to put this ideology into practice.

It’s much easier than you may think, and relatively inexpensive. Most importantly, homemade almond is dramatically healthier…and it’s much, much more delicious too. Here’s how to get started.

Remember to use raw almonds. Doing so makes all the difference. Sourcing raw almonds can be tricky, because all almonds grown in the US are now required to be pasteurized before they can be sold. We purchase ours from Living Nutz, which sources guaranteed raw almonds from Italy. Occasionally, you can find truly raw almonds in well-stocked health food stores, but in these cases, they’re usually quite a bit more expensive. If you end up buying yours from a website other than Living Nutz, make sure to confirm that they’re truly raw (don’t be afraid to ask the company questions).

Soak them overnight. Put a cup of raw almonds in a bowl, cover them with water, and leave them to soak overnight. This process helps soften them, and also removes phytic acid from the skin of the almonds, which is an “anti-nutrient” that you don’t want to consume anyway.

Blend and strain. Drain and rinse the almonds the next morning (give them about 12 hours to soak). Combine the almonds in a blender with 2-3 cups of water (the less water, the thicker and creamier the resulting milk). Avoid adding sweeteners if at all possible (I usually add ½ tsp of organic vanilla extract, and I don’t miss the sweetness one bit). Blend for a couple minutes, and strain using a cheesecloth or nut-milk bag. Save the leftover almond meal and use them in smoothies, with cereals, or as a baking ingredient.

And that’s all there is to it! We love seeing the look on someone’s face when they first try my homemade almond milk…everyone is shocked by how much thicker and more delicious it is than its store-bought cousin.

One sip and you’ll be hooked—and you can rest assured that you’re drinking a milk alternative that’s actually healthy for you.