Is Miso the World’s Most Effective Protection Against Radiation?

written by Ryan
Facebook0Tweet0Pin0
You are here: Home / Body / Is Miso the World’s Most Effective Protection Against Radiation? 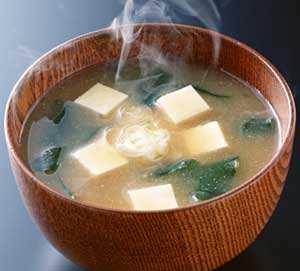 With worrying updates about the incident at Fukushima still making news headlines, the threat of radiation is fresh on many people’s minds.

There’s been so much whitewashing surrounding the tragedy that it can be hard to decipher fact from pro-nuclear propaganda. The general consensus in the alternative health community is that authorities haven’t told us the whole story about how much radioactive material was leaked, and is continuing to leak, into the environment.

One thing is clear, though: the presence of harmful radiation is a very real issue—one about which we would do well to educate ourselves, so that we can take the proper protective measures.

Fukushima resurrected memories of Chernobyl, Hiroshima, and Nagasaki, and reminded us of the horrific effects that ionic radiation can heap upon the body.

But these recollections do offer a bit of hope.

While cancer and radiation disease rates increased precipitously following the atomic bombings of Hiroshima and Nagasaki, there were some people who seemed to be immune to the harmful effects of radiation!

One man’s story has is so astounding that it’s been covered by many news and radio outlets in the past. Tsutomu Yamaguchi was walking to work in Hiroshima when the first atomic bomb was dropped only a mile away. He was so close to the impact point that the blast threw him to the ground and inundated his body with ionic radiation. Nevertheless, he survived, only to travel to his hometown of Nagasaki…where he once again was caught in the blast radius of the second atomic bomb.

Despite this horrendous exposure to radiation, Yamaguchi experienced no radiation diseases, had children without any issue, and lived until the ripe age of 93.

This experience is echoed by that of Dr. Tatuichiro Akizuki, his 20 employees, and their 70 patients—all of whom were also in a hospital 1.4km from the Nagasaki bomb drop point. Again, none of them suffered from any acute radiation disease.

So what’s their secret?

Dr. Akizuki had a theory about why he, his colleagues, and his patients all managed to avoid the fate of radiation contamination that was suffered by so many others: all of them consumed generous portions of wakame miso soup every day.

The deeper researchers dig, the stronger the connection between miso consumption and “radiation immunity” seems to be. Now a number of studies have scientifically proven that miso—a food made from fermented soy beans, rice, and salt—is powerfully radioprotective.

One study published in the journal Toxicologic Pathology found that rats given miso before being exposed to ionic radiation were strongly protected from its effects. Their miso diet also suppressed the growth of cancerous tumors—and these radioprotective effects persisted for all but extremely high, acute doses of radiation.[1]

This is an important finding, because it reveals that the key to miso’s incredible radioprotective effects is the bacteria produced during its fermentation. Beneficial bacteria are what make all probiotic foods so amazingly health-promoting—and miso boasts special benefits because it also contains compounds called soy isoflavones, which have also been shown to be radioprotective on their own.[2]

But wait a minute…isn’t soy bad for you?

It is true that soy is an estrogen-mimicking food that can cause worrying hormonal imbalances (especially for women) if consumed regularly. This problem is exacerbated by the fact that most soy is produced as a GMO crop, which ensures that it’s also contaminated with endocrine-disrupting pesticides and all sorts of other toxins.

But fermented soy (the main ingredient in miso) is entirely different. The fermentation process transforms soy into an anti-estrogenic food, which therefore actually balances hormones rather than throwing them out of whack.[3] The world of beneficial bacteria—which we’ve barely even begun to understand—works in wonderful and mysterious ways.

And while the benefits of miso may be a new finding in the world of laboratory science, this healing brew has a long history as a healing food. As we mentioned above, it saved many people in Japan from the deleterious effects of atomic radiation at the end of World War II, and it (along with other macrobiotic foods) was used as a radioprotective measure after the Chernobyl incident, as well.

New studies even suggest that miso and soy isoflavones are ideal for cancer patients undergoing radiation treatment, because they simultaneously protect healthy cells from radiation and increase the damage done to cancer cells.

It will probably be some time before conventional medical science is willing to admit that the intelligence of healing foods can actually trump medical technologies (such as chemotherapy and the corrupt industry that wields it). Nevertheless, you can take advantage of miso and its radioprotection now.

Just make sure to eat the right kind of miso

Before you head out to the closest restaurant that serves miso soup, though, note these words of caution. As we already discussed, the vast majority of soy is GMO. It can be very difficult to find miso that’s been produced only with organic, non-GMO soy, but anything else isn’t worth eating.

Make sure to do your research, and only purchase your miso from a coop, health food store, or trustworthy website that can verify the quality and source of their product.

Once you’ve gotten your ingredients, making miso soup is a cinch. Just mix organic miso powder with water and scallions, and bring the mixture to a boil. Some people like to add an egg, tofu, or seaweed to their soup. If you choose to do so, make sure to use organic eggs, to limit your overall tofu intake (which is almost always made from unfermented soy), and to use organic seaweed or kelp that isn’t sourced from a radiation-contaminated area of the world (many types of seaweed can sequester radioactive compounds, which then make their way into your body when you consume it).

As long as you’re careful with your sourcing, you can rest assured that your delicious, homemade miso soup will offer potent protection against radiation, without any of the negative effects of unfermented soy.