Is Iodine Deficiency Sapping Your Vitality?

written by Ryan
Facebook0Tweet0Pin0
You are here: Home / Body / Is Iodine Deficiency Sapping Your Vitality? 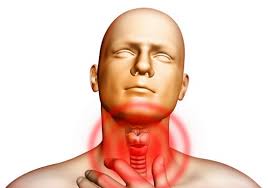 There’s lots of talk about vitamin and mineral deficiencies these days.

An increasing number of health experts are coming to the same conclusion: it’s extremely difficult to get all the vitamins and minerals our bodies need from food alone.

Nevertheless, it is one of the most common and widespread nutritional deficiencies in the United States. In fact, it’s estimated that nearly 74% of adults don’t consume enough iodine, and that iodine deficiency rates have increased fourfold in the past 40 years.[1]

An increasing number of studies suggest a strong connection between iodine deficiency and the rising epidemics of obesity, cognitive impairment, heart disease, fibromyalgia, cancer, and even psychiatric disorders.[2]

Why this one little mineral is so important

Iodine plays an essential role in the functioning of the thyroid gland, the metabolism-regulating powerhouse in the front portion of your neck, just below the voice box. Through a combination of iodine and an amino acid called tyrosine, the thyroid produces two different hormones, which regulate a staggering number of metabolic processes in the body.

The importance of healthy thyroid function simply can’t be overstated.

Unsurprisingly, there’s a well-documented link between thyroid disease and breast cancer.[4] Thyroid dysfunction leads to unregulated levels of cortisol and deficient immune functioning, both of which are common in women with breast cancer or FBD.

Besides which, unregulated cortisol levels lead to endocrine system disruption, anxiety, systemic inflammation, and an overall poor quality of life.

So why aren’t we getting enough iodine?

The sea and the soil are the planet’s two richest sources of iodine.

Most vital nutrients and minerals have been depleted from farming soil in the U.S., which means that the vast majority of produce is iodine-deficient.

That leaves the sea as the go-to source of iodine. Those who live far inland have historically suffered the worst iodine deficiency. It was the recognition of this problem that led to the introduction of iodized salt in the 1920s.

Industrial salt production served as a satisfactory source of iodine for some time, but soon evidence in favor of low-sodium diets began to accumulate. Today, it is commonly accepted that cutting salt intake offers effective protection against high blood pressure and heart disease.

But as salt intake has decreased, so has iodine intake.

To make matters worse, less than half of the iodized salt samples analyzed during a recent study contained sufficient levels of iodine.[5] In order to receive an optimal amount of iodine, you’d have to consume a rather unhealthy quantity of table salt.

So here’s how to turn the tide…

As mentioned above, iodized salt just isn’t a sustainable way to get your optimal daily intake of iodine. Not only is a high-sodium diet ill-advised in general, but iodized table salt also carries a whole host of other issues.

Table salt is a chemically cleaned version of salt known as sodium chloride. It is treated by the body like a foreign agent, and thus takes a huge amount of energy and water to metabolize. This systemic strain throws off fluid balance and taxes the body’s metabolism and immune functioning. Industrially produced salt also often contains toxic additives like fluoride and aluminum—both of which have been linked with brain dysfunction.

Here’s the point: stick to natural sea salts, and get your iodine from other sources.

Many dairy products like milk, cheese, eggs, and ice cream contain moderate levels of iodine. As we pointed out in another article, these products come with their own risks.

There are other iodine-containing foods that you can include in your diet (such as saltwater fish and shellfish), but a good source for it is seaweed.

Nowhere is iodine more highly concentrated than in various types of seaweed—including dulce, kelp, and nori.

Perhaps this is why women residing in Japan—where seaweed is an integral part of one’s daily diet—have an incidence of breast cancer that is one third that of American women.[6]

If you’re not overly fond of seaweed, though, don’t worry. There’s plenty of seaweed supplements from which to choose (kelp capsules are very popular and effective).

Iodine supplements made from sea vegetables contain valuable minerals and are especially important at a time when vitamin and mineral content in most foods is declining.

You should take at least 250-400 mcg of iodine per day, though levels up to and beyond 1,100 mcg per day have been established as safe for most people.

And here’s one more tip: combining iodine intake with selenium, which is a cofactor in thyroid enzymes, can amplify iodine’s benefits.

Give it a try and see how you feel. Within a short while, you just might find that you have more energy, greater strength and flexibility, and a better overall quality of life.