Is Glyphosate Causing Chronic Illness (And How to Reverse the Damage)

written by Ryan
Facebook0Tweet0Pin0
You are here: Home / Body / Is Glyphosate Causing Chronic Illness (And How to Reverse the Damage) 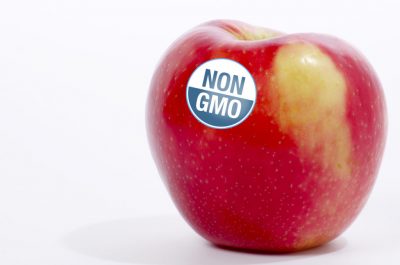 Despite the prevalence of GMO foods, the FDA approval of GMO salmon (the first commercially available genetically engineered animal), and the pre-approval of Monsanto’s new generation of CRISPR-enabled GMOs, they remain as controversial as ever.

In the CRISPR article linked above, we covered some concerns that experts have about the basic safety of genetically modified foods. One study revealed that CRISPR-edited mice exhibited 1,500 “off-target” gene mutations. [1]

At the very least, this finding should remind us that there’s a great deal we don’t understand about gene modification—and that we should tread lightly. It’s also worrisome that this study was retracted a mere three days after Monsanto announced a massive investment in CRISPR-engineered foods.

Nevertheless, it’s difficult to demonstrate the inherent dangers of genetic engineering. Until “off-target gene mutations” can be conclusively linked with long-term human health issues, it seems that Monsanto’s massive budget will continue to hold more sway.

As a result, the GMO debate has centered primarily around glyphosate-containing pesticides, which is used almost exclusively on GMO crops (for the simple reason that GMO seeds have been modified to resist the devastating effect glyphosate has on vegetation and insects).

Is glyphosate contributing to chronic illness?

In theory, it’s easier to demonstrate the dangers of glyphosate (as opposed to genetic modification in general), given that it’s a specific chemical with acute biological effects. Even this more straightforward approach has been met with opposition and criticism, though.

Let’s take a look at what we do know.

Animal studies have decidedly shown that a diet of GMO foods can lead to detrimental health effects. One study reported that when GMO foods made up just 33% of animals’ diets, 50% of the males and 70% of the females died prematurely.[2]

Yet another preliminary study revealed that hamsters fed GM soy completely lost the ability to have babies after only two generations—the study was never officially published (in part because of vicious backlash from the pro-GMO community), but was covered by Huffington Post.[4]

And let’s not forget that the original research into the toxicity of glyphosate—which led to the approval of RoundUp pesticide for commercial use—was ghostwritten by Monsanto (and credentialed academics were then paid to sign off on the bogus research). In a past article, we covered how this information didn’t even come to light until a court ordered Monsanto to unseal its documents in February of 2017.

Perhaps the most significant and targeted studies on the subject have been published by Anthony Samsel and Stephanie Seneff. Their work seeks to posit a direct connection between glyphosate toxicity and the modern rise in chronic illness.

In a series of studies entitled “Glyphosate, pathways to modern diseases,” they focus on evidence tying glyphosate toxicity with gut microbiome dysbiosis, which leads directly to celiac disease and other gastrointestinal ailments, and indirectly to a variety of chronic illnesses via chronic inflammation.[5]

Unsurprisingly, their work has been met with much criticism. Some opponents point to logical flaws in their arguments, and it’s certainly true that further research into the exact mechanisms involved are necessary. Nevertheless, it’s important to remember what motivated the inquiries of these researchers in the first place: growing concern over the correlation between glyphosate toxicity and chronic illness.

As the studies cited above demonstrate, there is sound evidence demonstrating that we should be concerned about glyphosate toxicity—yet critics continue to insist that there isn’t enough data to implicate glyphosate as a causal factor in chronic illnesses—and advocates of GMO crops and glyphosate are quick to leverage this supposed “missing data” in support of their multi-billion-dollar industry.

Play it safe (your health is worth it)

Regardless of your view on the subject, it’s clear that gut dysbiosis is on the rise, and that it is linked with many of the chronic illnesses mentioned above.

Despite what anyone may say about the need for more data, what we do know is that organic, pesticide-free produce does not undermine the health of the microbiome. This fact alone should be reason enough to choose organic foods, especially if you suffer from gut issues, inflammatory conditions, or other chronic illnesses.

Based on the evidence presented above, it seems highly unlikely that GMO foods and glyphosate will be vindicated as safe in the long-term—so why take the risk? Stick with a diet rich in organic fruits and vegetables, whole grains and legumes, healthy fats, and clean protein sources.

If you need to heal existing gut issues (or just want to prevent them from developing in the first place), supplements can also be a helpful adjunct to healthy diet.  Choosing a probiotic supplement can be confusing, and some of the supplements might not even be what they say they are!

We like this Probiotic from PuraTHRIVE that uses a very specific, highly potent, targeted bacterial strain backed with a TON of scientific research.  This  high-strength strain, combined with a unique, protective delivery mechanism is one of the most powerful Probiotics on the market.

It is made with Lactoferrin: an iron-binding protein found in milk. Its unique affinity to iron allows it to bind closely to the nutrient.

The unique RcME Delivery Technology takes the power of Lactoferrin to SUPERCHARGE the bioavailability of the Probiotic.  Aside from that, it’s also an ANTIMICROBIAL, ANTI-PATHOGEN and ANTI-BACTERIAL compound that IMPROVES SURVIVAL RATES OF PROBIOTICS.