written by Ryan Greendyk
Facebook0Tweet0Pin0
You are here: Home / Body / How Parasite Infection Can Lead to Cancer 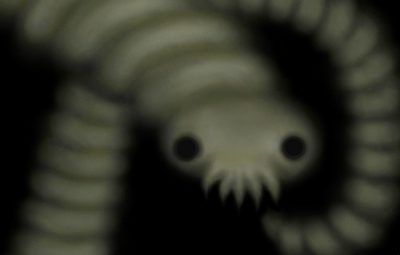 Cancer is the number two cause of death in United States, and among the leading causes of death worldwide—more than 600,000 people die each year from cancer in the United States alone.[1]

Diagnoses (and even morality rates for some cancers) are on the rise, so it’s imperative that we seek a comprehensive understanding of the disease’s risk factors.

We’ve written about many of these risk factors in previous articles: processed foods, refined sugar, and other poor dietary choices; being overweight and having metabolic syndrome; nutrient deficiencies, especially in vitamin D, vitamin C, and endogenous antioxidants like glutathione; a lack of exercise and regular detoxification practices; exposure to industrial and environmental toxins, and more. Smoking and excessive alcohol consumption obviously belong on this list, and even genetics have a role to play.

One cancer risk factor that is often overlooked, though, is parasitic infection. We tend to think about the acute dangers of pathogenic infection rather than the long-term risks and repercussions—but research is revealing a startling connection between parasites and the development of cancer.

Cancer as a parasitic disease

In 1890, the Scottish microbiologist and pathologist William Russell reported the presence of parasitic spores within cancer cells. He published his findings in the British Medical Journal,[2] and went on to formulate a comprehensive hypothesis explaining how cancer is a parasitic disease. Like many pioneers whose ideas are not aligned with the momentum of conventional medicine, he and his supporters were utterly dismissed.

However, more recent data presented by oncologists and cancer researchers is making it increasingly difficult to dismiss Russell’s hypothesis. Doctors have noted for some time that a high percentage of cancer patients exhibit some kind of parasitic or pathogenic infection. In 2012, one study examined the correlation more deeply, and concluded that parasitic infection “seems to play a crucial role in the etiology of cancer.”[3]

Other studies have strengthened the theory that parasites have a causative role in the development of cancer. For example, the tick-borne T. parva has been shown to cause a condition nearly identical to lymphoma,[4] and the C. parvum parasite suddenly and unexpectedly causes colon cancer when mice are inoculated with it.[5]

In 2015, a doctor documented a disturbing case in which tapeworm infection allowed cancer to become its own form of transmissible parasite. The effected immunosuppressed patient suddenly exhibited cancer cell invasion in the lymph nodes, and when researchers analyzed the lymph node tissue, they found tapeworm DNA in the cancer cells.[6]

While tapeworms and the similar organisms mentioned above are usually what come to mind when we think of parasites, the truth is that parasitic infection takes many other forms. Perhaps the most common parasite of all is Candida albicans, a pathogenic yeast that leads to a wide array of gastrointestinal ailments and far-reaching health issues when allowed to proliferate. It’s estimated that up to 70% of the population is affected by Candida.[7]

As we discussed in a past article, there are many reasons why yeast overgrowth can lead to (or worsen) cancer. Studies have conclusively shown that “Candida infection can significantly increase overall and some individual cancer risks,”[8] and even that Candida yeast can “induce cancer development of progression.”[9]

Parasite cleansing as a vector for cancer treatment

Since researchers are finding that parasites can be a cause of (or at least a risk factor for) cancer development, it stands to reason that clearing the body of parasites could effectively prevent or treat cancer.

During one cancer research project, researchers actually stumbled onto this connection accidentally. They screened 2,000 different common drugs for anti-cancer activity, and they found that an anti-parasitic drug called mebenzadole (Vermox) was by far the most promising one.[10] The converse is also true: chemotherapy drugs have been shown to be incredibly effective antiparasitic agents.[11]

Luckily, though, you don’t have to subject your body to antiparasitic or chemotherapy agents to ensure it remains clear of parasites (though these interventions can be necessary in cases of severe infection).

For starters, be very cautious when consuming meat. While the major parasites mentioned above are less common in the United States, infection can still occur through consumption of undercooked meat, especially pork. Tapeworms (particularly Taenia solium, a species known as the “pork tapeworm”) are the most common parasite reported in the United States.

Parasites will thrive on a diet high in sugar, processed foods, alcohol, wheat, and pork, so avoid these foods and drinks altogether if you want to rid your body of these carcinogenic organisms. Instead, eat lots of healthy fats (especially coconut oil, which has antiparasitic properties), leafy greens, garlic and onions, pumpkin seeds, papaya juice, oregano, ginger, and lots of probiotic foods.

For strong, acute parasite clearing, start a regiment of oregano oil, clove oil, black walnut, wormwood, and grapefruit seed extract. These powerful natural products can also kill beneficial gut bacteria, though, and therefore should only be used for a limited period of time (after which you should increase your probiotic intake to help repopulate your gut flora).