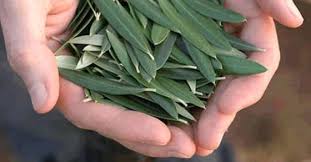 Nearly one out of every three American adults has high blood pressure (hypertension). If you’re included in this category, it’s important to take care of it as soon as possible—the CDC reports that having high blood pressure is a primary or contributing cause of death for over 400,000 Americans every year, and that the condition puts you at risk for heart disease and stroke.[1]

Luckily, lowering your blood pressure does not have to be a complicated process, and the problem nearly always arises because of improper lifestyle choices.

We’ve written before about some of the dos and don’ts of high blood pressure. Lack of exercise, smoking, and alcohol consumption are all risk factors, but perhaps the most insidious of all is sugar consumption. Researchers warn that a diet high in processed sugar dramatically increases the risk of hypertension and heart disease (as well as mortality from these conditions).[2]

The good news is that stevia, a well-known natural sugar alternative, has been shown to dilate blood vessels and increase sodium excretion (the two most important factors for maintaining healthy blood pressure). So if you have a sweet tooth, making the switch from refined sugar to stevia is a wise and important choice.[3]

Now researchers have added another hypertension-healing powerhouse to the list: olive leaf extract.

A safe and effective way to lower blood pressure

It should come as no surprise that olives and olive oil play a prominent role in the famously heart-healthy Mediterranean diet. You may already be familiar with olive oil’s ability to quell inflammation and fight cancer—and these are just a couple of the benefits that make olive oil one of the healthiest fats you can consume.

It turns that olive leaf can be just as therapeutic (or more so) than these more commonly used olive products, due to its high level of beneficial compounds.

While the researchers running this trial focused on oleuropein when interpreting their results (and indeed, this compound comprised the majority of the extract given to participants), it’s important to note that olive leaf extract contains many other compounds that work synergistically with oleuropein. These compounds, which are mentioned in the study’s introduction, include antioxidant and anti-inflammatory phenols such as verbascoside, apigenin-7-glucoside, luteolin-7-glucoside, hydroxytyrosol (HT), and tyrosol.

Studies tend to focus on isolated chemicals when attempting to identify the mechanisms behind a functional food’s benefits—but it’s important to remember that the full spectrum of natural compounds working in concert is often even more powerful.

Another trial pitted olive leaf extract against captopril, a prescription hypertensive drug. Participants took either 1,000 mg of olive leaf extract or a standard dose of captopril daily for eight weeks. The researchers reported that olive leaf was nearly as effective as captopril (olive leaf reduced systolic blood pressure by 11.5 mmHg, and captopril reduced it by 13.7 mmHg).[5]

And here’s where olive leaf’s case becomes even more compelling. Those who took olive leaf during this trial experienced none of the voluminous (and sometimes serious) side effects of captopril, which can include persistent coughing, abdominal pain, constipation, diarrhea, skin itching or rash, dizziness, lightheadedness, insomnia, drowsiness, fatigue, headache, loss of taste, loss of appetite, nausea, vomiting, dry mouth, sores in the mouth and on the lips, numbness in the hands and feet, kidney failure, and increased levels of potassium in the blood.[6]

Furthermore, in addition to enjoying lowered blood pressure, the olive leaf group also experienced a decrease in triglycerides and LDL cholesterol (both of which remained unchanged for the captopril group).

Here’s the best part about using olive leaf as a hypertension remedy: not only does it not come with the same side effects as prescription medications (despite working as well or better), but it also provides other “side benefits.”

Because of those powerful compounds mentioned above, which are unique to the Oleaceae family, olive leaf also combats inflammation and oxidative stress, controls blood sugar, protects the heart, balances the immune system, and reduces the risk of cancer. It has even been shown to be an effective antimicrobial agent against a wide variety of bacteria, viruses, yeast, fungi, mold, and parasites.

Olive leaf extract is widely available in encapsulated form at most health food stores and well-stocked grocery stores. As always, though, be sure to talk to your doctor before adding any powerful herbs and functional foods to your treatment regimen, especially if you are taking prescription medications.