Flu Season Continues to Worsen (How to Protect Yourself)

written by Ryan
Facebook0Tweet0Pin0
You are here: Home / Body / Flu Season Continues to Worsen (How to Protect Yourself) 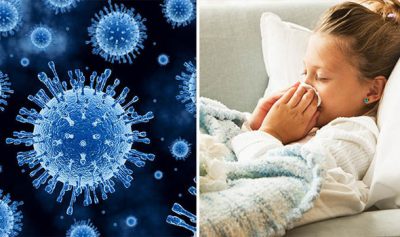 The historic 2017-2018 flu season is continuing to worsen. Authorities now report that the influenza virus is “widespread” across every region of the United States (usually, virus levels peak in different regions over the course of the season; it’s extremely rare for the entire country to be saturated at once).

The death toll has risen to 206, which includes a record-number of otherwise healthy individuals under 65.

Despite the severity of this year’s flu, though, it’s important to remember that best practices for preventing and treating the virus remain the same. Check out our article from a couple weeks ago for general lifestyle practices that help prevent the onset and spread of the flu.

In that article, we mentioned several natural flu remedies to keep in your healing arsenal. We also noted that the flu shot is may not be your best bet, especially this flu season.

Sure enough, the CDC’s fears have been confirmed: the flu shot is proving particularly ineffective at preventing this year’s most common strain, H3N2—most regions are reporting less than 20% efficacy.

These facts were transparently reported by medical authorities prior to the beginning of the 2017-2018 flu season; many doctors lauded their honesty. Heath A. Kelly, MD, adjunct professor of infectious disease epidemiology at the National Centre for Epidemiology and Population Health, Australian National University in Canberra, said the following:

“When I first started researching influenza vaccine effectiveness, it was evident that killed sub-unit vaccines did not seem to reflect the marketing hype. This was at a time when both the CDC and the WHO were claiming that influenza vaccines were 70% effective, a claim that was difficult to sustain….

It is understandable that public health authorities would not want to undermine confidence in vaccines in general and influenza vaccines in particular, but it is an open question whether overstating influenza vaccine effectiveness is good for public confidence. That is why it is refreshing to see an honest statement of the problem.”[1]

The takeaway is that, regardless of your views on the advantages and disadvantages of the flu vaccine, and whether or not you choose to receive it this flu season, it would be wise to take other precautions too.

Let’s look more closely at a couple more flu remedies that are must-haves for severe flu seasons like this one.

Vitamin C is a highly underestimated tool for flu prevention and treatment (we mentioned it in our last flu article, and it’s most certainly worth mentioning again). High-doses courses (at least 1,000mg three times every day) can help the immune system fight off the flu in the first place. For those who have already contracted the flu, these same high doses been shown to reduce symptoms by up to 85%.[2]

60 Minutes even documented a case in which a patient not expected to survive severe complications of swine flu was administered high-dose, intravenous vitamin C—and experienced a full recovery. You can experience the efficacy of intravenous vitamin C without the high cost and inconvenience by seeking out an optimal-quality liposomal vitamin C formulation.

Vitamin D. The connection between vitamin D deficiency and disease is well-documented—and susceptibility to the flu virus seems to be no exception. High-dose vitamin D (10,000 IU per day) can boost immune function and decrease the duration of the flu.

Furthermore, fascinating research demonstrates that maintaining optimal levels of vitamin D can actually boost “innate immunity” to viruses—researchers have even shown that vitamin D supplementation can reduce the occurrence of the flu (as well as all other colds and infections) by more than 70% over three years.[3] Also seek out a high-bioavailability liposomal vitamin D formulation, ideally one that is complexed with vitamin K2.

Iodine, selenium, and magnesium. While any mineral deficiency can increase your risk of contracting the flu, it’s especially important to maintain high levels of these three. All three are vitally important for maintaining the body’s defense systems.

Iodine has been shown to halt replication of the flu virus and to decrease infectiousness;[4] one study demonstrated that selenium deficiency can cause influenza to mutate into newer, more virulent strains;[5] and magnesium has been shown to “regulate antiviral immunity” and clear viruses from the body.[6]

Sodium bicarbonate (baking soda). This is one use for baking soda that may surprise you—but this common substance can work wonders for influenza, thanks to its potently alkalizing effects. While more research on the subject is needed, clinical evidence suggests that baking soda could be a veritable flu cure hiding in plain sight. A prominent doctor named Dr. Volney S. Cheney once wrote the following:

“In 1918 and 1919 while fighting the ‘Flu’ with the U. S. Public Health Service it was brought to my attention that rarely anyone who had been thoroughly alkalinized with bicarbonate of soda contracted the disease, and those who did contract it, if alkalinized early, would invariably have mild attacks. I have since that time treated all cases of ‘cold,’ influenza and ‘la gripe’ by first giving generous doses of bicarbonate of soda, and in many, many instances within 36 hours the symptoms would have entirely abated.”

You’ve probably noticed that there are lots of advertised natural flu remedies out there, but sometimes focusing on a few of the simplest and most powerful remedies is the most effective course of action.

If you already have the flu, stock up on the supplements listed above; you’ll be amazing by their ability to stop the flu in its tracks (and reduce its severity and duration at the very least). If you haven’t caught the flu, even better…start this flu fighting regimen to prevent onset in the first place.