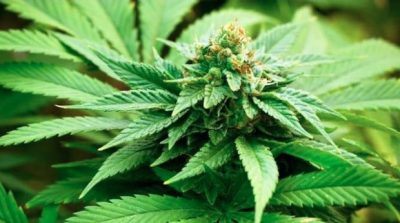 Cannabis certainly has a checkered history, but the medical community is finally beginning to accept its worth as a therapeutic plant. It is now legal for medical use in 30 U.S. states (and recreationally legal in 8 states), but its past reputation as a harmful drug still casts a long shadow.

Medical research data has been critical for vindicating cannabis. It’s becoming increasingly difficult to ignore the plant’s therapeutic properties—even the pharmaceutical industry has jumped on board by patenting several FDA-approved cannabis-derived medications. You can read our account of this attempted corporate takeover of the cannabis industry here.

Cannabis has a long history of folk use as a natural analgesic. Evidence now suggests that extracted cannabis oils were vaporized by ancient peoples like the Scythians in the 5th century B.C. As early as 1843, significant authors were remarking on cannabis’s remarkable pain-relieving properties and comparing it favorably with opiates. Cannabis was used throughout the 19th century to ameliorate a variety of painful conditions, but has remained largely unavailable to clinicians, due to its demonization and eventual illegalization.[1]

Modern research has finally caught up with folk medicine, and many researchers are so pleased with cannabis’s pain-relieving properties that it’s being hailed as a potential solution to our nation’s opioid crisis.

Meanwhile, researchers are uncovering how cannabis could help tackle another major health issue—cancer.

Cannabis first made its way into oncology as a tool of palliative care—that is, as a way to provide relief from the symptoms and side effects of conventional cancer treatments. Studies have shown that just one month of administering cannabis to advanced cancer patients can improve pain, general well-being, appetite, and nausea by up to 70%, and also that it significantly decreases anxiety and depressive symptoms associated with cancer prognoses.[2]

Before long, though, it became clear that cannabis is much more than just a painkiller. In fact, a rich body of medical literature now demonstrates that cannabis has powerfully anti-cancer properties. Studies have demonstrated its efficacy against a wide variety of cancers—including brain, breast, colon, prostate, lung, thyroid, and pituitary cancer, melanoma, and leukemia. The International Journal of Oncology reported in 2017 that cannabinoids “show great promise” as a universal anti-cancer agent.[3]

Even cannabidiol (CBD), which can be extracted from hemp and has little to no psychoactive effect (unlike THC and other cannabinoids), exhibits anti-cancer properties. Studies have shown that hemp slows ovarian cancer cell migration and metastasis,[4] and that it lowers the inflammation associated with cancer progression.[5]

Here are a few of the ways in which cannabinoids help fight cancer.

Proapoptotic activity. We’ve discussed apoptosis previously in the context of other cancer-fighting plants and foods. It refers to the process by which cancer cells literally destroy themselves (it’s also sometimes called “programmed cell death”). A plant or compound is called “proapoptotic” when it has the ability to induce apoptosis in cancer cells. A comprehensive review of preclinical and clinical findings reports that cannabinoids induce apoptosis and inhibit metastasis in “almost all cancer cell types tested,” in both animals and humans.[6]

Antiangiogenic activity. Angiogenesis is the process by which cancerous tumors form new blood vessels to carry blood to tumors (thus allowing them to grow). Cannabinoids, most notably tetrahydrocannabinol (THC) and tetrahydrocannabinolic acid (THCA), have also been shown to block this process, thus cutting off the flow of nutrients and inhibiting the growth of tumors.[7]

Increased efficacy of conventional cancer drugs. It’s only natural that, at least for some time, cannabinoids will be integrated into oncology as an adjunct to conventional treatments (rather than replacing them). Luckily, studies have demonstrated that this approach can be greatly beneficial, as well. The International Journal of Oncology reports that administration of cannabinoids (especially CBD and THC used synergistically) can dramatically increase the efficacy of leukemia drugs.[8] This means that a significantly smaller dosage of cytotoxic chemotherapy drugs can be used without sacrificing efficacy (thus decreasing the side effects of these toxic drugs).

The future of treating cancer with cannabis

This is only the beginning of research into cannabis as a cancer-fighting tool. The current legal classification of cannabis as Schedule 1 indicates that it has no accepted medical use—which, given the wealth of medical literature on the subject, is patently untrue.

This legal prohibition makes it very difficult and expensive to research cannabis, so progress has been very slow. As more research emerges and laws begin to relax, however, cannabis treatment protocols for cancer will become more and more refined.

Conventional medicine is finally beginning to acknowledge the wealth of therapeutic possibilities that can emerge from a deeper understanding of the human cannabinoid system. It’s only a matter of time before these powerful, time-tested plant compounds enjoy more mainstream acceptance, both for the treatment of cancer as well as a variety of other conditions.