Fight the Flu with Vitamin D (Not the Flu Vaccine)

written by Ryan
Facebook0Tweet0Pin0
You are here: Home / Body / Fight the Flu with Vitamin D (Not the Flu Vaccine) 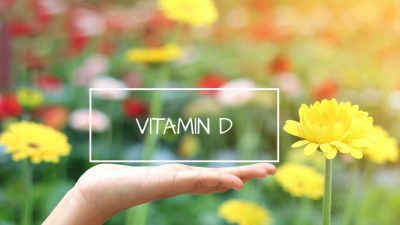 If you’ve had the flu recently, you know how miserable it can be. For most people, one bout with it is enough to convince them to run out for a flu shot the following year.

This is exactly what flu vaccines manufacturers would prefer—but there’s actually very little evidence that these shots are the best way to prevent influenza, and plenty of evidence that they carry dangerous risks.

In past articles, we’ve discussed the dangers of flu vaccines, as well as the deceitful practices used by pharmaceutical companies to keep the public hooked on their toxic creations.

Some flu shots contain over 25,000 times the EPA’s safe limit for mercury

Some flu shots contain over 25,000 times the EPA’s safe limit for mercury,[1] which studies have linked with a rise in Alzheimer’s disease[2] and other degenerative conditions normally blamed on aging.

The newest model, a vaccine called Fluad, no longer contains the mercury-based preservative thimerosal—but it contains plenty of chemicals that may be even worse, including the heavy metal barium, the antibiotic neomycin, and the surfactant polysorbate-80. Check out this article to read about the litany of horrible risks and side effects associated with this vaccine.

Despite constant pressure from doctors and drugstores to get your flu shot each and every year, the manufacturer’s own packaging insert recommends that no one receive more than one shot (not per year, per lifetime).

And worst of all, flu vaccines are not even that effective

And worst of all, flu vaccines are not even that effective. In fact, the CDC admitted that the percentage of time that flu shots are effective is significantly lower than what doctors advertise.

They even found that getting a flu shot may increase your chances of experiencing a full-blown flu (unvaccinated people sometimes still get the flu, but don’t experience any symptoms at all).[3]

So what’s the alternative?

First and foremost, it’s worth mentioning that preventing influenza isn’t fundamentally about taking something.

Protecting against the flu is less about replacing the flu vaccine with a different physical remedy, and more about empowering the immune system to function at its peak. There are, however, remedies that accomplish this task far more effectively than flu shots—and vitamin D is at the top of the list.

The CDC notes a study published in the Journal of Virology, which found that the flu vaccine (especially when it’s received year after year) can inhibit certain types of immune response. Researchers theorize that this is why vaccinated people can actually be more susceptible to novel subtypes of influenza.[4]

Vitamin D, on the other hand, keeps the immune system in balance and confers natural, effective protection against influenza. One study found that “recent discoveries indicate that vitamin D upregulates the endogenous antibiotics of innate immunity.”[5]

Influenza can be considered a symptom of vitamin D deficiency, lowest blood serum levels of vitamin D experience the highest incidence of influenza

The same study builds on the theory of Dr. John Cannell, who was the first to posit that influenza can be considered a symptom of vitamin D deficiency; a number of other studies now support this model. Researchers consistently find that those with the lowest blood serum levels of vitamin D experience the highest incidence of influenza—this finding was even confirmed by a large study that included a cross-section representative of the entire United States.[6]

Connecting vitamin D deficiency with the flu helps answer many of the tough questions associated with the study of influenza. Why do “flu seasons” begin and end so abruptly? Why do flu epidemics occur in otherwise unrelated areas of similar latitude? It seems more and more likely that the sunlight deficiency (and thus the vitamin D deficiency) that characterizes winter months plays a central role.

After conducting an exhaustive review of twenty-five different randomized trials, an international team of researchers concluded that vitamin D supplementation is indeed more effective than the flu vaccine for preventing influenza.

These numbers refer to individuals who already have relatively normal blood serum levels of vitamin D—in individuals with moderate to severe vitamin D deficiency, supplementation is 10 times more effective than the flu vaccine for preventing influenza.[7]

For this reason, it’s extremely important to have your vitamin D levels tested (unless you enjoy getting the flu). For ideal flu prevention, you’ll want to maintain a level of 45-60 ng/mL of vitamin D year-round—which very often requires supplementation, especially if you live in latitudes above Atlanta, Georgia.

2 Things You NEED to KNOW when selecting a D3 Supplement

Just as important as vitamin D3 is taking vitamin K2! Taking Vitamin D without vitamin K could actually be harmful to your Health!

When it comes to calcium metabolism, vitamins D and K work together. Both play important roles. Vitamin D gets calcium into your blood and Vitamin K gets calcium into the bones and prevents the calcium from accumulating in your arteries, kidneys or heart where it can wreak havoc on your health.

2. Most D3 Supplements are NOT absorbable.

When D3 cannot be absorbed, your body is unable to assimilate and you will not get the benefits. So you still end up with the symptoms.

Vitamin D3 is fat-soluable. This means it needs to be taken with a healthy fat in order to be absorbed.  Most Vitamin D supplements are not absorbable. 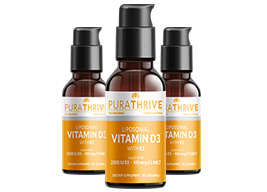