“Smart Meters” Are BAD for Your Health?

written by Ryan
Facebook0Tweet0Pin0
You are here: Home / Featured / “Smart Meters” Are BAD for Your Health? 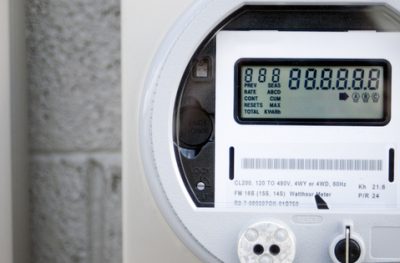 A home owner in Texas pulls out a handgun and tells a smart meter installer to back away from her house. He does.

A couple in British Columbia covers their already-installed smart meter with a metal hood to block its radio transmissions. The company that makes the hoods is doing a brisk business.

In Maine, a smart meter opponent brings a lawsuit against the utility company that wants to install the new technology on his house. He wins his case.

These are just a few of the hundreds of incidents in the media lately about the Smart Meters: the digital devices utility companies are installing on customers’ homes all over North America (and other continents).

Utility companies say smart meters will reduce stress on an overworked electrical grid and help limit power outages. They point out that more efficient use of power reduces the need for more power plants and helps keep rates low.

Smart meters take the place of your meter reader, digitally sending info about your electricity consumption back to the utility. The info gathered by the meters also lets consumers monitor their own power use, adjusting consumption so they can run power-hungry appliances when rates are low. For example, by turning on the clothes dryer late at night instead of the middle of the day.

But many consumers aren’t convinced their best interests are being served.

A debate is now raging over whether such devices are as safe as manufacturers promise?

So Why the Outrage?

1. Smart meters aren’t safe. They emit radio frequency energy that some say is a health risk, especially those with electromagnetic hypersensitivity (EHS).

2. They’re an invasion of privacy. Because the meters record and broadcast the slightest changes in household energy consumption, they can pinpoint when houses are empty, even when occupants go to bed.

3. Smart meters save consumers money. That doesn’t wash with some home owners who claim their utility bills have tripled since the installation of the wireless meters.

Microwave electromagnetic fields (EMFs) have been linked with a variety of health issues, including cancer, heart problems, reproductive issues, behavior disorders, depression, anxiety, diabetes, and insomnia.[3] The World Health Organization (WHO) now classifies cell phones as a Class B carcinogen,[4] and other research has demonstrated that the radiation emitted by cell phones (as well as other EMF-producing devices) can increase cancer risk, weaken bone structure, and lower sperm count and motility.[5]

All that being said, the verdict is still out on just how dangerous conventional EMF-emitting devices like cell phones are. In 2016, an animal study with an unprecedented sample size demonstrated conclusively that exposing rats to a lifetime of electromagnetic radiation (beginning in utero) will indeed increase the risk of cancer incidence.[6]

This study design leaves many questions and ambiguities, though. Do humans and rodents react to EMFs in the same manner? At what level and frequency of exposure does electromagnetic radiation pose appreciable risks to human health? Are the effects of EMFs negligible below certain levels of exposure?

These grey areas carry over into the debate about smart meters, which operate with essentially the same wireless technology as cell phones.

High-level governmental panels claim that research has revealed no reason for concern over smart meters. The California Council on Science and Technology, for example, stated in a 2011 report that “exposure levels from smart meters are well below the [FCC’s established standards] for such [health] effects,” and that “there is no evidence that additional standards are needed to protect the public from smart meters.”[7] The report also noted that the levels of electromagnetic radiation emitted by smart meters is significantly less than other conventional devices and appliances, such as microwave ovens and cell phones.

Some experts aren’t convinced, though. Dr. David Carpenter M.D., a graduate of Harvard Medical School, maintains that because there have been no human safety studies conducted on people living in houses with smart maters, we can’t be certain they are safe. Smart meter skeptics worry that, in 50-100 years, we’ll look back at wireless technologies as the unacknowledged catalyst of a human health crisis.

Other opponents argue that smart meters pose security and privacy threats, and that they should be more closely regulated, regardless of their health effects. Any wireless technology (unlike analog devices) are hackable—an eventuality that it particularly worrisome when it comes to controlling the flow of energy through the electrical grid. Many consumers believe that smart meter installation should therefore be the choice of the homeowner, not power companies.

California power customers addressed this issue by fighting to make smart meters an opt-out technology, and recently won the right to forgo their usage in favor of analog, non-transmitting powers meters. Many believe the fight isn’t over, as opting out of smart meter usage in California still comes with a hefty monthly. Nevertheless, the victory sets a precedent for anyone across the United States who wishes to push back against the proclamations of power companies.

Make up your own mind (and be proactive)

When it comes to making a choice about smart meters, remember to do your own research. Don’t be swayed by fearmongering and pseudoscience, but also be willing to entertain a healthy skepticism about the safety of EMFs.

Also, listen to your body—those who feel a sensitivity to electromagnetic radiation are often ridiculed by the mainstream, but it’s entirely possible that EMFs pose risks not yet quantified by science.

And regardless of your stance on smart meters, take measures to minimize the negative effects of electromagnetic radiation. Simple dietary and lifestyle practices can make a huge difference—check out our article on electropollution for more details about how to protect yourself.